Food Grown On Regenerative Farms Could Actually Be Healthier For You - Modern Farmer
Environment, Plants

Food Grown On Regenerative Farms Could Actually Be Healthier For You

A preliminary study looks at the link between regenerative agriculture methods and their impact on food nutrients. 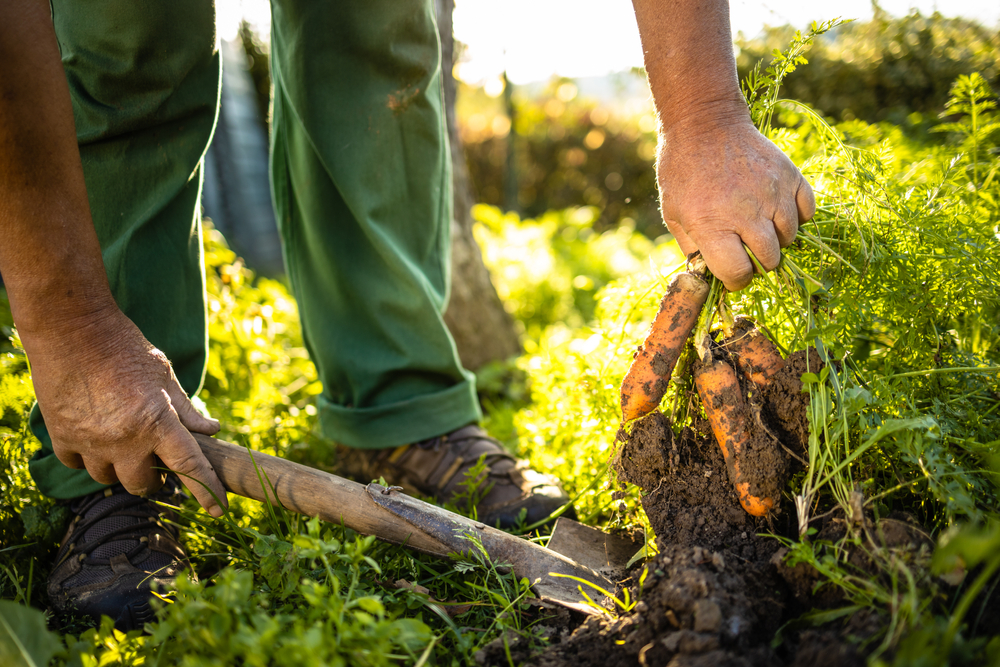 There might be more to regenerative agriculture than its ability to enhance farm ecosystems, capture carbon or boost soil biodiversity. Recent research has pointed to perks going beyond the farm and all the way to your fork—suggesting food grown on regeneratively managed farms is more nutritious than conventionally produced alternatives.

The study, published in the journal PeerJ, offers what researchers are calling preliminary work, showing the relationship between soil-friendly regenerative practices and the nutrient content of food produced in that soil. Their analysis included 10 farms across the country, located in California, Montana, North Dakota, Iowa, Kansas, Tennessee, North Carolina, Pennsylvania and Connecticut. In order to participate, all farms had to be practicing no-till, cover cropping and crop rotations for a minimum of five years.

The regenerative farmers agreed to grow one acre of peas, sorghum, corn or soybeans. On a neighboring plot of land, the same crop was grown using conventional farming methods such as tillage, regular application of nitrogen fertilizer and use of pesticides. Within this sample size, researchers also included cabbage that was grown on a no-till farm, one meat producer and a wheat farm.

David Montgomery, lead author of the study and a professor of earth and space sciences at the University of Washington, says this is the first study that shows how soil condition impacts what crops contain.

“The biology of the soil was really the part that got overlooked in moving to chemistry-intensive farming,” he says. “It may be that one of our biggest levers for trying to combat the modern public health epidemic of chronic diseases is to rethink our diet, and not just what we eat, but how we grow it.”

[RELATED: Is Booze the Next Frontier for Regenerative Agriculture?]

Using crop, meat and soil samples from both conventional and regenerative environments, researchers analyzed mineral, vitamin and phytochemicals (compounds found in plants that have been shown to reduce inflammation and enhance human health).

Results were just as promising for specific nutrients in beef and pork. Beef from the regenerative farm overall had three times more omega-3 fats but more than six times the amount of alpha linolenic acid (ALA), an essential omega-3 acid. Pork produced from the regenerative farm also had more omega-3 fatty acids: 11 times as much alpha-linolenic acid (ALA) and two times as much eicosapentaenoic acid (EPA), compared to conventional products.

Researchers note the corresponding soil samples from regenerative plots had on average twice as much carbon in their topsoil and a threefold increase in their soil health score based on the USDA’s Haney test for soil health.

With the threat of climate change, there is a growing consensus that regenerative agriculture will do more good for the planet. Because of this, proponents have pushed for it to become the future standard practice in agriculture. But if regenerative methods do have the capacity to generate more nutrients in food, this could add another element to the conversation. Other studies have also shown nutrient density is starting to become a prominent term in food marketing, influencing more consumers’ food choices in the years to come.

Researchers say that because this study is the first of its kind, they hope it will trigger other research or interest from others in academia. They acknowledge that because the study involved a small sample size, there are plans to build off initial findings to see if there’s more evidence to support their conclusion. This will include conducting larger studies with more farms and also trying to draw more specific comparisons between soil health and the quality of soil.

We all have to work on food , environment and health ecosystem ….basically on soil, water , food and human relationship …