Is Booze the Next Frontier for Regenerative Agriculture? - Modern Farmer
Environment, Food & Drink

Is Booze the Next Frontier for Regenerative Agriculture?

Why alcoholic beverage producers are embracing the buzz-worthy farming practice. 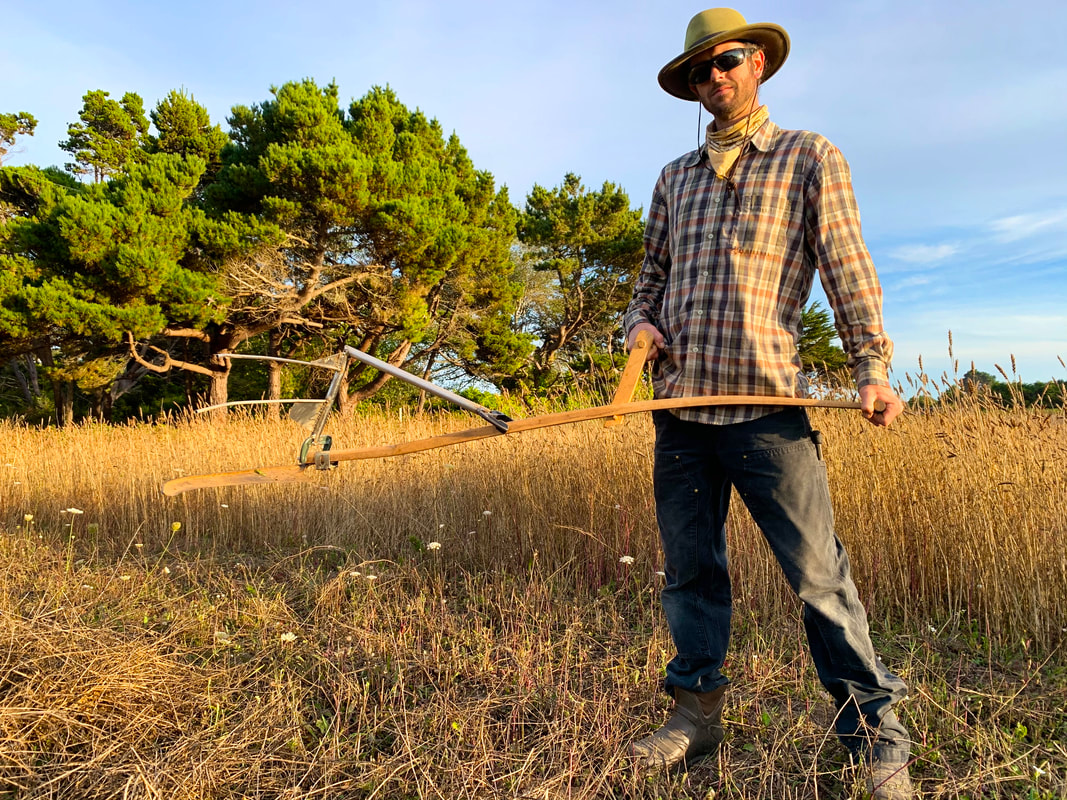 When Charles Rosen founded Ironbound Farm in 2015, he was quick to plant an orchard with 10,000 apple trees on land that formerly grew grapevines. He soon faced his first challenge: The trees on his 108-acre Garden State farm weren’t thriving. And without fruit, his plans to revive a lost apple variety and launch a hard cider business looked bleak.

Looking back, Rosen sees exactly where he went wrong. “We hadn’t dealt with the mugwort or the thistle or any other invasive species,” he says. “There was no life in the soil. There wasn’t an earthworm to be found.”

That’s when the new farmer learned his first important lesson: Without healthy soil, you’ll never grow healthy crops. So, three years after planting them, he painfully ripped out all the trees and began exploring ways to rehabilitate his land.

Rosen, a former lawyer and movie producer who’s even dabbled in politics, is no stranger to the concept of restoration. In fact, one of his main goals for the new farm and cider company was to create a business model that would allow him to train and provide sustainable careers to people who were formerly incarcerated. Already committed to restorative hiring practices, Rosen applied a similar philosophy to the land, embracing a method of farming called regenerative agriculture to save the soil—and his business.

There are no clear-cut definitions of the term, but at its core, regenerative agriculture focuses on rebuilding, restoring and supporting the matter that composes healthy soils. It involves three pillars—soil health, animal welfare and social fairness—and takes a holistic approach to increasing biodiversity and resiliency, enriching soils and improving ecosystems and the health of a farm and its surrounding community.

Farming expert Robert Rodale, who believed that sustainability didn’t go far enough, is largely credited with coining the term in the 1980s. Regenerative agriculture farming techniques include minimal or no tilling of soil, rotating crops and planting cover crops to enrich soil health, as well as using compost and animal waste in place of chemical fertilizers. The goal is to simultaneously decrease carbon emissions and increase carbon uptake and storage.

The word “regenerative” started being used in the alcohol industry about a decade ago, around the time biodynamic wines were gaining more visibility. Its use has slowly grown since then. Regenerative agriculture is still relatively new for many farm-based producers, many of whom have converted from conventional farming over the last few years. There’s still much to be learned, but a current trial from Paso Robles-based Robert Hall Winery aims to compare the impact of regenerative farmed vineyards to those that are conventionally farmed.

After ripping out the first tree plantings at Ironbound Farm, Rosen and his team invested in planting cover crops, which grew over two years. Last year, they introduced a silvopasture, an intentional combination of trees, forage plants and livestock together as an integrated system. The farm is planted with native pollinators, as well as native grasses for migrating birds to lay their eggs as they pass through the area. Nearly everything the farm needs is made or grown on site.

While other farmers have practised regenerative agriculture for decades—even before Rodale gave it a name—the buzzword has steadily grown more popular over the last few years. Part of that can be attributed to consumers’ growing awareness of and interest in organic, sustainable and local foods, as well as a gradual rethinking of wine, cider, beer and spirits as agricultural products.

But growers—many of whom are facing the detrimental effects of climate change—are evolving, too. Converting to regenerative farming processes can be a costly endeavor, but many believe the future of the land is worth it. That cost can be offset by higher profit margins that added-value products such as wine or cider make possible. Over the last 20 years, the added-value model has helped save dairies in Vermont, where struggling farmers turned to making artisanal cheeses as a new, more reliable source of income. Can producing alcohol be part of the answer for other struggling farmers interested in regenerative methods?

Today, Ironbound’s hard cider brand makes up just one part of the operations. The farm also sells fruits, vegetables, wild flowers, chicken, eggs, heritage turkeys and pork. There’s an on-site tasting room and outdoor grill, to which visitors flock on the weekends, especially during these times of social distancing. “You’re never going to be a successful farm at our size unless you’re successful at the value-added piece,” says Rosen. “We’ll never be a commercially viable orchard, ever. But turning those apples into ciders and having people visit our agritourism outdoor cider garden? That value-added agricultural piece makes it all viable.” 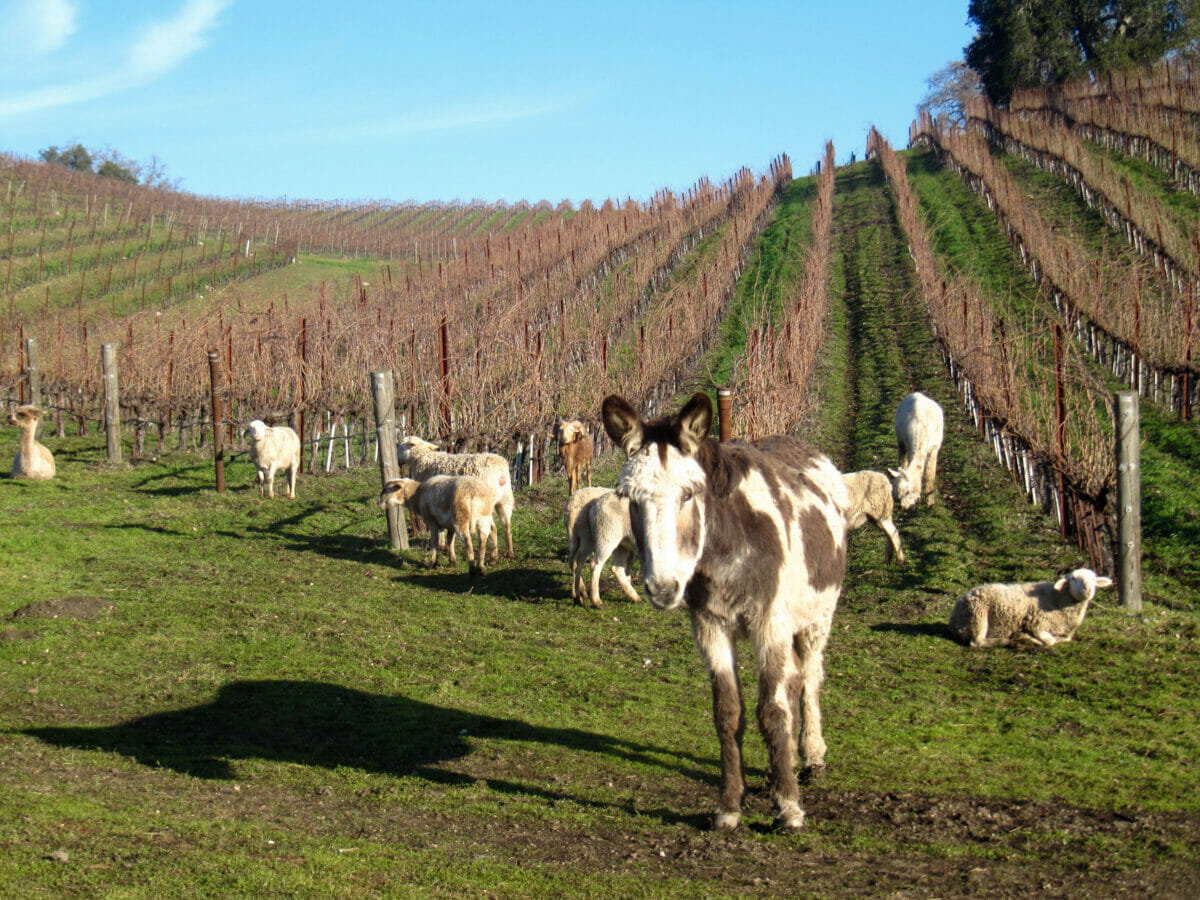 For Jacob Pressey, the brewer and owner of California’s Humboldt Regeneration Brewery and Farm, alcohol serves as a necessary vehicle for pushing the importance of improving soil health. “My mission is to use craft beer to access the general public to preach regenerative agriculture,” he says. The small-scale nanobrewer grows his own barley and hops using a no-till method, running what he calls a “farm-to-glass” operation.

Some estate breweries are adopting similar practices, but the majority of American craft brewers purchase bulk malt and hops grown far away from the breweries. Pressey hopes to see the industry rethink the way it grows and sources ingredients. Regenerative agriculture is “how beer can start moving toward terroir and having a smaller carbon footprint,” he says.

Perhaps more than any other sector of the alcoholic beverage industry, wineries have been able to embrace and push the principles of regenerative agriculture in impactful ways. The concept of terroir, an expression of place, is key to selling wine. The idea that a particular region’s climate, soils and terrain affect the taste and quality of wine is widely known and accepted.

In Paso Robles, California, Tablas Creek Vineyard got its biodynamic certification in 2015. “I was frustrated by some aspects [of it],” says Jason Haas, the second-generation proprietor of Tablas Creek. “There was a lot of good, but then other parts, like lunar cycles and horns stuffed with manure, involved too much mysticism.”

When the Regenerative Organic Alliance (ROC) approached Haas in 2018 to ask if he’d consider being part of the pilot program for its new certification program, he was intrigued. “Regenerative agriculture struck us as this very rigorous and thoughtful approach to soil health,” says Haas. The new certification program, launched in 2017, aims to create specific standards on how to implement regenerative farming practices into various agricultural industries worldwide. Tablas Creek is the first winery participant. “It was rigorous, science-based and broad,” says Haas. “That was something none of the other certifications could match.”

These days, that kind of farming is evident at Tablas Creek, where a flock of 200 sheep are regularly deployed through the vineyards, where they drop hundreds of pounds of manure, fertilizing the soil and enabling it to absorb more carbon from the atmosphere. “The whole point behind regenerative agriculture is to address the big-picture questions of climate change and water. Those are impossible to solve if you don’t get agriculture on the side of the solution,” says Haas.

This year, 10 percent of ROA’s applications were wine- and viticulture-focused, according to Dolan, who sees great opportunities for farm-based alcoholic beverage producers. “It’s not just about the soil. It’s about animal welfare, as well as social justice,” says Dolan. “For a lot of viticulturists, that’s new.”

For Mimi Casteel, owner of Oregon’s Hope Well Wines and an early adopter and advocate of regenerative viticulture, converting farms is just the first step needed to regenerate damaged lands. While she currently oversees a 27-acre vineyard, Casteel is looking beyond wine for ways to make a bigger impact on her local food system. “If wine does have magic powers, it’s getting people to think about food in another way,” she says.

Back at Ironbound Farm, the principles of regenerative agriculture have enabled Rosen to nourish the land while also supporting his employees. “Between the pigs and the chickens and the pollinators and the apples and other vegetables, we have this integrative functionality,” says Rosen. “It’s not just diversity for diversity’s sake. It’s diversity that creates a functioning ecosystem.”

And he’s seen the interest in how the cider is made transfer to other things the farm grows. “If you do truly treat the land better, not just use the optics of storytelling, people believe in the brand. Those grapes, those apples, those grains do actually taste better,” says Rosen. “People say ‘Wow, this wine or cider is so good!’ And I can turn around and say, ‘So is a potato grown this way!’”

SOME species of earthworm are invasive, yes. But North America has its own native species too, including a couple of species of lumbricids.

Going further, an integrated regenerative system including alcohol as fuel (as in the Model T), with production co-products used for aquaculture (eating + fish emulsion), mushrooms + earthworms (worms + castings), and vegetables (fish-fertilized water) can gross $500,000/year from 22 acres. Alcohol is valued to the single farm at retail as it supplants costs of gasoline and heating oil. See HudsonValleyBiofuel.org.

“There was no life in the soil. There wasn’t an earthworm to be found.”
While earthworms can be benefitial to soil, they are none the less NOT native to North America and are actually an invasive species.