In her new book, Rachel Lambert shows how to find and prepare desserts with stinging nettle, dandelions, elderflower and other foraged ingredients. 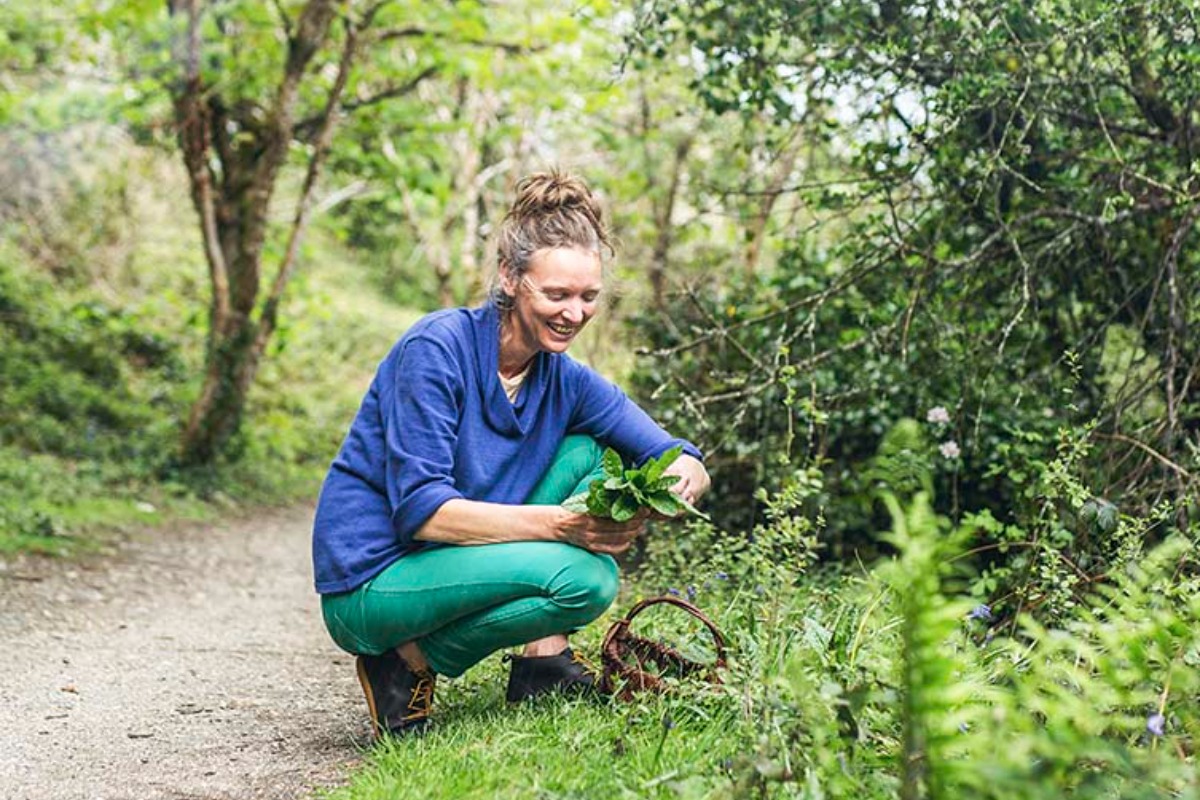 Growing up, Rachel Lambert began foraging wild blackberries off the bushes that grew near her home in Cornwall, on England’s southwestern tip. She kept picking them through her teen years, until one day on a walk with friends, one of them pointed out an edible weed growing by a stone wall. “I suddenly thought ‘I’m surrounded by food and medicine,’” she recalls. “I had just never had that perception of the natural world around me. That was a starting point.”

Now, the author, cook and forager still finds blackberries, along with ingredients of all kinds, on her frequent walks near her home in Penzance. As a foraging guide, she takes groups out to learn about the area’s native plants and how to use them responsibly. And on all of those trips, she lets whatever she finds spark her creativity in the kitchen.

Lambert’s new book, Wild and Sweet (Hoxton Mini Press), is a collection of the dessert recipes she’s made with foraged ingredients such as crab apples, wild fennel and mint, which she has been perfecting for a while. No stranger to publishing, Lambert has written about the act of foraging before, even diving into the depths of foraging for seaweed. But this book is the one that has perhaps been the longest in the making. 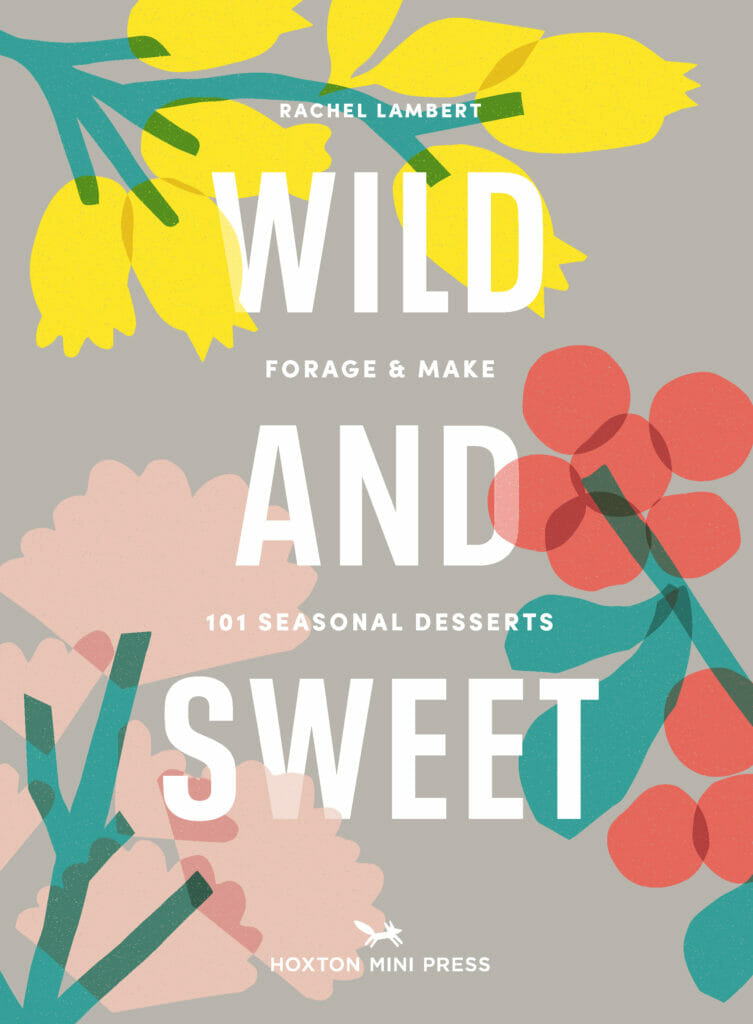 “This is the book that I always wanted to write,” says Lambert, completely sincerely. She’s not drumming up publicity or building a backstory; rather, she is simply enamored with creating recipes from the wild plants she sources. “There was a lot of baking in our house, and a lot of sweet treats. So, when I thought about working creatively with plants, that’s naturally where my mind would go.”

In Wild and Sweet, Lambert organizes recipes by season, taking the reader through a full year of foraging and showcasing a variety of plants, herbs, roots and berries that are generally easy to find across North America, Europe and beyond. She also lists where the plant is native and where it’s been cultivated, so you know whether or not it’s likely you’ll find a patch near you. She covers each plant’s appearance, where you might find it and how best to pick it.

[RELATED: This Man Grew and Foraged All Of His Food For An Entire Year]

Rather than compiling an encyclopedia of recipes, she focuses on a core group of about 20 ingredients, giving at least four recipes for each. If you have access to a lot of stinging nettle, for instance, but don’t feel up to making a nettle and honey cake, perhaps you’d rather just boil the nettle down with fennel and make a sweet syrup to use later. Or you can combine it with some pre-made filo pastry dough and whip up a nettle baklava. Lambert offers options, as she knows how enticing it is to find a score of a delicious plant, ripe for the taking.

“It’s always really exciting to find things,” she says. However, Lambert is also careful to explain how to ethically forage ingredients. Just because you spot a large growth of elderflower doesn’t mean you should take it all. “It’s really exciting that you found that patch, but take a step back. Can you see other spots [where the ingredient is growing]? Is this the only patch?”

Lambert advises asking yourself: If you took 10 percent of the plant, would you leave enough behind for others—not just other foragers but also the birds, animals and insects that might also feed on that plant? “It’s about retraining how we see the environment or how we consider others. I was trying to express that there’s another layer of pleasure there. I’m taking care [of my surroundings] and that can feel good.”

For those new to foraging, Lambert recommends going with a guide or experienced forager to gain familiarity with your surroundings. There’s an element of safety that comes with an expert ensuring that you’ve correctly identified the plant, that you know it’s freely available to pick and that it’s not rare or only just cultivated. Once you’re comfortable with those basics, there’s not much else to it. That’s the beauty of foraging—you can just start. 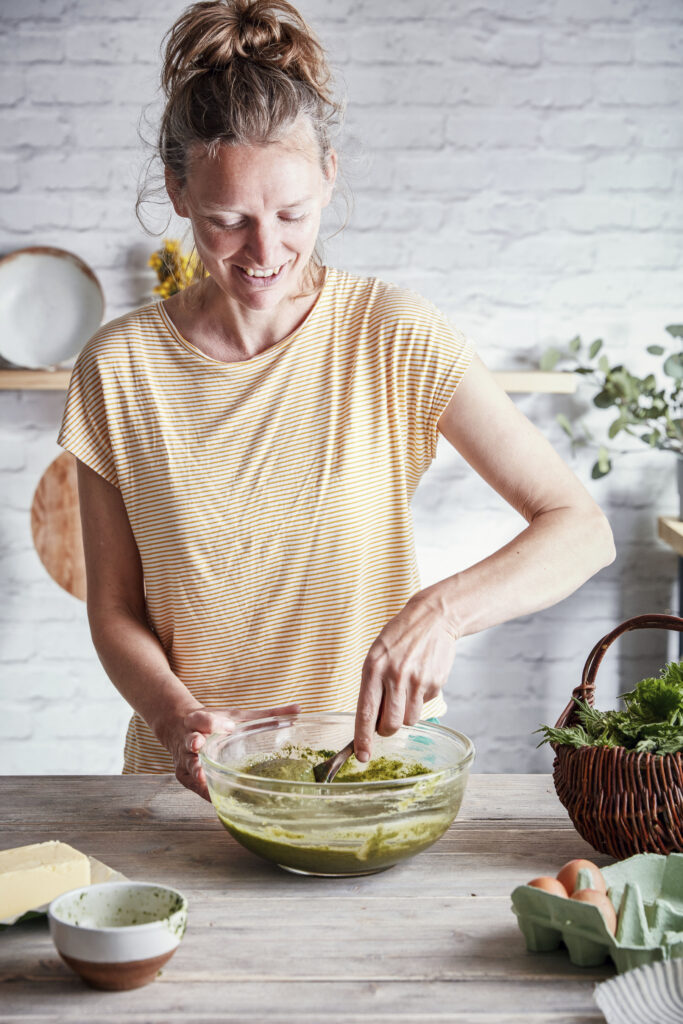 “Start where it’s easy. Don’t give yourself too much of a challenge,” says Lambert. She even highlights common plants we might see across North America that would be fantastic finds for a forager. Depending on where you are, keep your eyes peeled for mint, pineapple weed, berries of all kinds, wild roses and the scourge of manicured lawns everywhere, dandelions. With those ingredients available to you, you could whip up a full dessert buffet.

Some might see weeds such as dandelions as invasive or at least quite abundant. For Lambert, one easy way to help manage their overgrow is to make something delicious with them, such as dandelion meringues, griddle cakes or her decadent dandelion flower and rum cake. It’s also an opportunity to reframe your thinking about the plants that surround you. “Maybe it’s got a use, maybe it’s got a good flavor,” Lambert says. “There are little things like pineapple weed, which looks like nothing but has an amazing scent. We have cleavers [also known as catchweed], and with the seeds, you can make a coffee. I think that’s often a real surprise.”