To cope with water restrictions in a drought-stricken state, the rice industry is looking to other regions to plant their future fields. 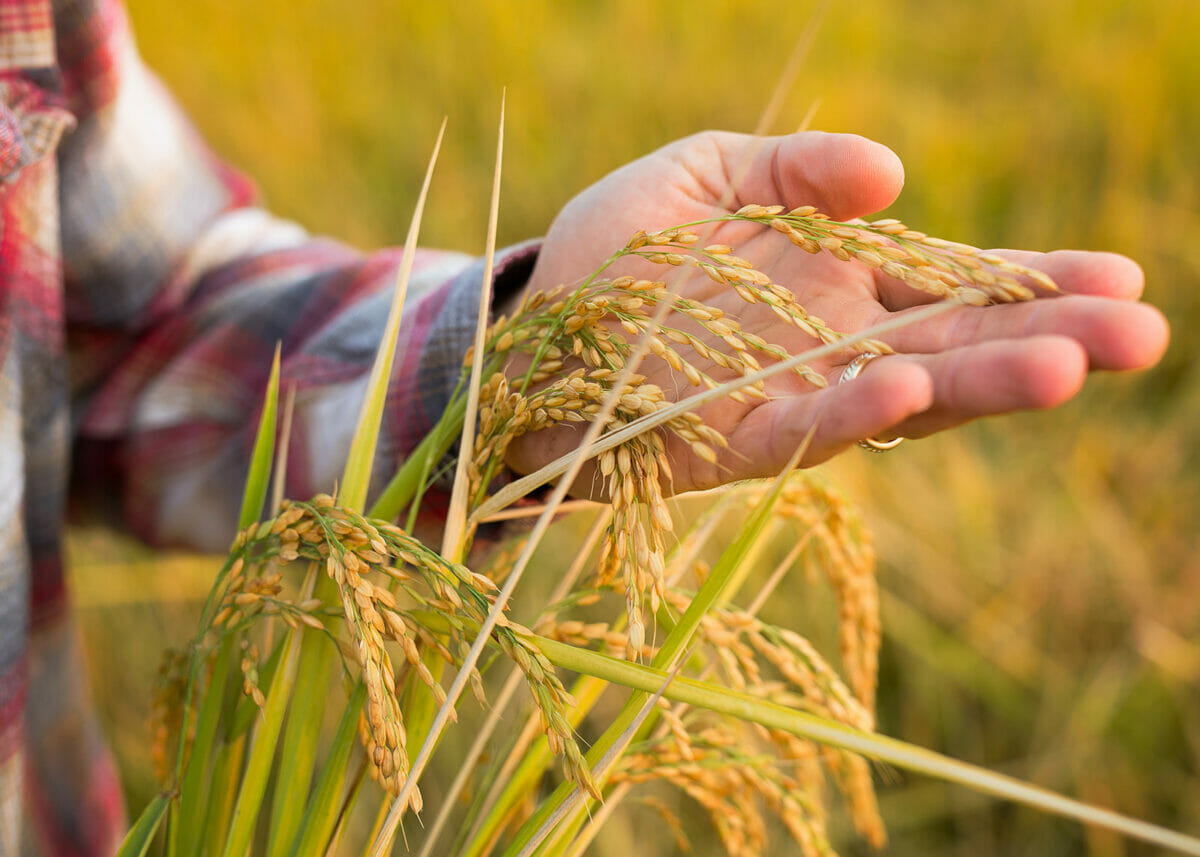 As California entered a second year of drought last spring, the slash in water allocation didn’t catch Rachel Krach and Greg Massa, owners of Massa Organics, by surprise. The real shocker came when they went to plant their Sacramento Valley rice fields: an unprecedented, three-week delay in their expected supply.

“Normally, you have your water within 24 hours [of ordering it],” says Massa, a third-generation rice farmer in Hamilton City. “You can flood your fields in a few days and you’re good to go.”

With the region’s main reservoirs—Shasta Lake and Lake Oroville—at historic lows, the Glenn-Colusa Irrigation District had drastically reduced the amount of water they would distribute each day. “It really impacted us badly,” says Krach of the erratic delivery, which resulted in a massive weed infestation, lower yields and a wrench in their October harvest.

For generations, Sacramento Valley farmers have had the assurance of some of California’s oldest and most secure water rights. They’ve protected historic irrigation districts such as Glenn-Colusa with prescribed limits to curtailments, even during dry spells. But as drought worsens, those priority rights, along with any certainty of timely distribution, may potentially hold little water.

According to the Department of Water Resources, the state needs 140 percent of average precipitation to erase existing deficits. With little relief in sight, it’s creating an uneasy future for hundreds of farmers in the heart of California’s rice country and sending ripples to a $5-billion regional economy dependent on the steady production of an important staple. 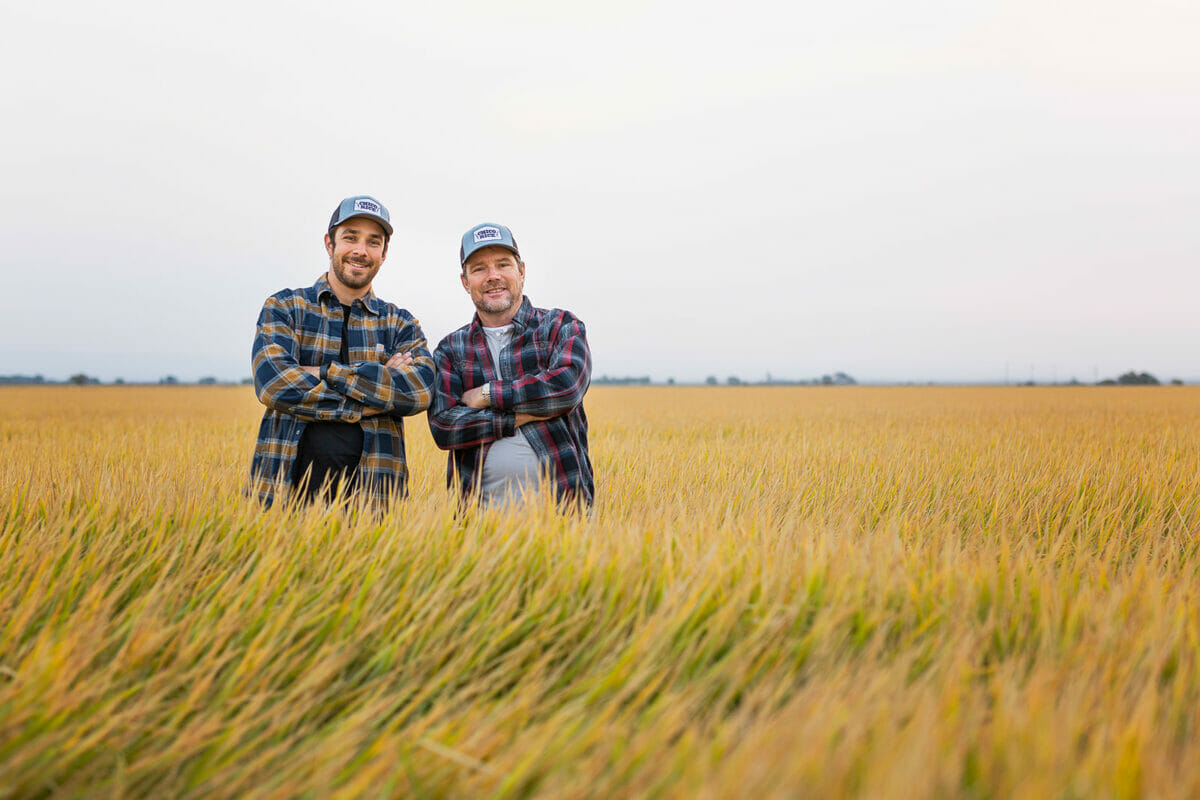 Rice runs a close second in water usage to alfalfa, California’s thirstiest crop, requiring about five acre-feet per growing season. With more than 500,000 acres of rice fields in California, a normal year could total 2.5 million acre-feet, or almost 55 percent of Shasta Lake’s full capacity. While that figure doesn’t reflect full consumption—more than 40 percent is returned to surface supplies as tailwater or percolates through the soil to recharge groundwater—there’s no doubt that rice farming is a water-intensive proposition.

“I’m worried that scarcity of water… could end our way of life here,” says Tom Knowles, owner of Chico Rice in Willows, located in California’s Glenn County. He and his son, Carter, grow about 1,000 acres of rice—70 of those acres organically—on their fourth-generation farm. “There are over 500,000 acres [of rice fields] and hundreds of farming families like mine in this valley,” he adds.

Last year, 20 percent of those fields were fallowed, according to the California Rice Commission. Knowles left a quarter of his farm idle, commensurate to curtailment—although the steep decrease in overall supply did have its upside: “We’re looking at some of the best [rice] prices we’ve ever seen,” he reports, “so that’ll help make up the difference.”

He notes, however, that, as a commodity, prices can be volatile, and lower yields impact the larger industry. “We’re an integral part of the local economy,” Carter adds. The business of rice farming supports 25,000 jobs throughout the region, he notes, and they rely on consistent production to keep things humming.

Knowles also emphasizes California’s outsized role in supplying the country with a fundamental staple. Criticism of using water to produce a widely exported crop is misplaced, he says—50 percent is consumed domestically, with the Golden State producing virtually all of America’s sushi rice. And the organic rice that he and Massa Organics grow serves an even tighter, regional market. “We need to have food grown where we live,” he adds. 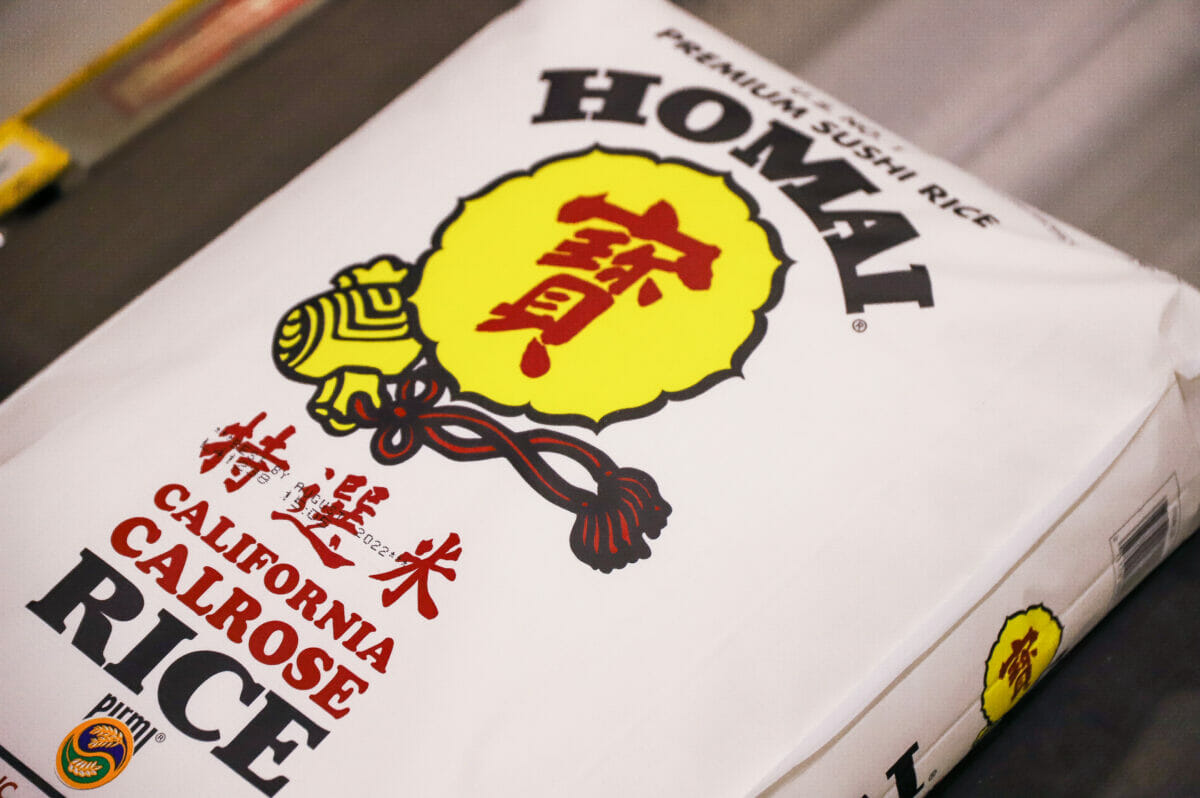 He openly ponders the fate of the district’s senior water rights, which cover most of the western half of the Valley. Established in 1883, they were negotiated as settlement contracts in 1964, two decades after the United States Bureau of Reclamation completed Shasta Dam in order to increase irrigation supply for the larger region. The settlement guarantees Glenn and Colusa counties with a minimum 75 percent allocation during drought years; renewed in 2005, they’re ostensibly secure through 2045.

“But we’re in uncharted territory,” says Knowles. “If the government says, ‘Look, we can’t give you your contracted amount,’ how much would they cut us back? To zero?” he shrugs. “That’s possible—we just don’t know.”

Districts with more junior rights have already seen their allocations dry up; neighboring Butte County faced 50 percent cuts last year, while further south, others were shorted almost completely. Ultimately, the state’s water resources are overstretched, says Knowles. “We’re working with a system [designed] when California had 10 million people, and now we’ve got 30 [million] plus in the same system.”

He’d like the state to deliver on the Sites Reservoir, part of California’s Water Storage Investment Program. Approved by voters in 2014, it would store peak runoff from the Sacramento River, to save for release in critically dry years. Although tribal and environmental groups have raised concerns about potential impact on salmon and other native fish, the drought has given it traction—the California Water Commission finally approved funding for the $3.93-billion project last December. Backers, including Knowles, say that capturing excess flood flow is a sound investment in water security for agriculture and urban use alike.

The soil in Sacramento Valley limits the crops that can grow there, says Luis Espino, rice farming systems advisor for the University of California Cooperative Extension. It’s mostly heavy clay with poor drainage, he notes—ideal for retaining flooded rice fields but not much else, resulting in a certain symbiosis between grain and region.

Those wet paddies also play an important role as surrogate wetlands, Espino adds. They increase biodiversity in the Valley, provide food for wildlife and serve as habitat for millions of birds that migrate along the Pacific Flyway.

He points to water conservation measures in place: Laser-leveling fields keep flooding to a precise minimum, and short-season, fast maturing varieties lower overall consumption. (Krach reports experimenting with sprinkler irrigation to germinate rice—with “marginal success.”) Yet there’s only so much farmers can do without sacrificing yields, Espino says. “You need a certain amount of water for the plant to produce rice.”

The squeeze on water in the Valley has the industry looking 80 miles downstream, to the Sacramento-San Joaquin River Delta. The half-million-acre agricultural region lies at the bottom end of two major rivers that connect to San Francisco Bay. There, riverside growers hold the unique advantage of riparian rights, which give them unhindered access—so far—to water from the estuary. 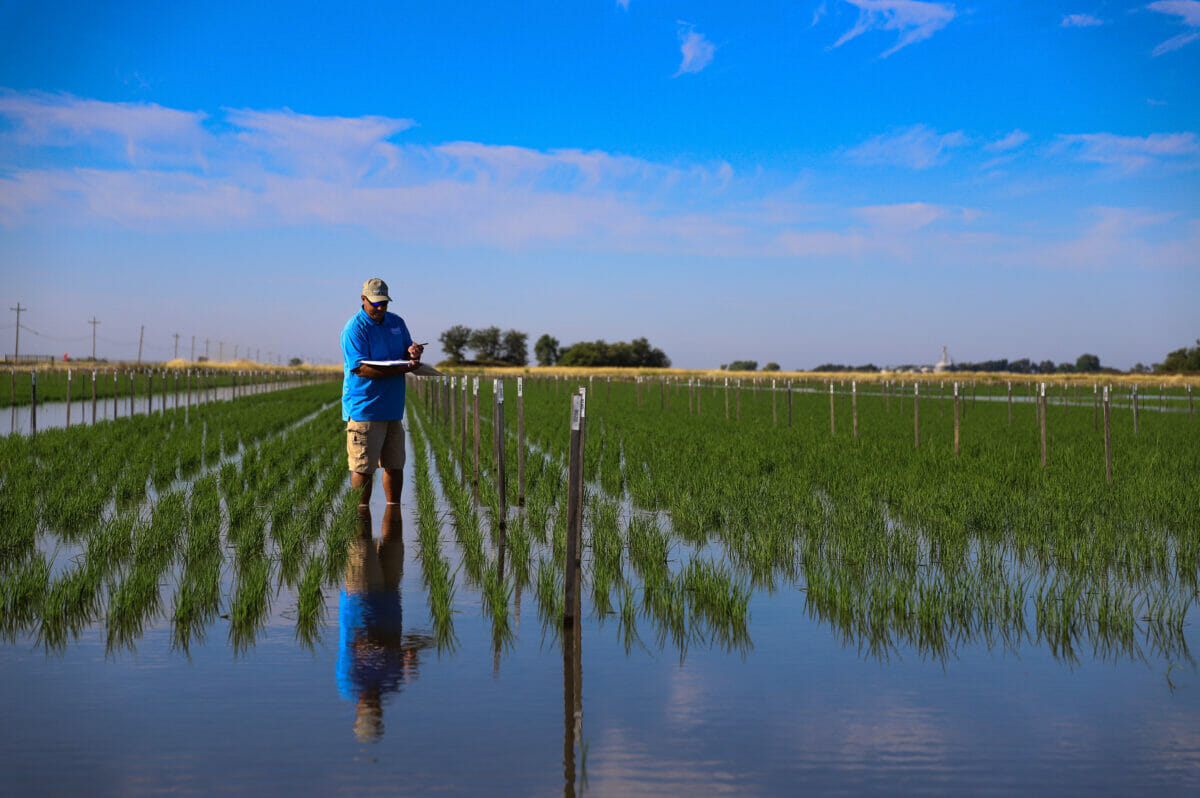 Sacramento-based Farmers’ Rice Cooperative (FRC), the country’s largest medium-grain rice processor, is enticing some of those corn and alfalfa farmers to switch to rice. It’s promoting interest-free loans—up to $1,000 an acre—for field conversion and groundwork, leveling and equipment purchase.

Brice Lauppe, director of field services, hopes the incentive will help make up for lost ground up north. “We’re looking to keep [our current] acreage somewhat stable,” he says, “so we can maintain our markets and infrastructure.” The Valley-adjacent location, he adds, is ideally situated near milling and manufacturing facilities at the Port of Sacramento.

“Rice farming offers significant benefits for the Delta,” says Trevor Carlson of the not-for-profit Wetlands Preservation Foundation, which has helped FRC promote its efforts. The wetland region is deeply subsided from oxidation of its peat soil caused by extensive agriculture. Rice halts further subsidence, he explains, by keeping fields flooded and saturated. It’s also immune to underground seepage—appealing to Delta farmers who drain and pump their pastures to keep root zones dry—and has the added advantage of commanding higher prices than feed crops such as corn and alfalfa.

FRC aims to add 5,000 acres of new rice fields to the existing 8,000 acres already planted in the region. It’s a granular amount by any stretch, but with ADM Rice, a regional subsidiary of the agribusiness giant, announcing a similar program, it’s a hopeful start to expanding California’s rice belt. (ADM did not respond to requests for comment.)

But with planting season around the corner, farmers are buckling up for what’s looking like another season of uncertainty. Back in the Valley, Knowles remains cautious but optimistic. “The worry about what’s going to happen next year can get to you,” he admits with a laugh. “I think we have a bright future—if we can keep our water.”

All while billions of gallons are re directed into the Pacific where God only knows what it’s doing to the salt water ecosystem. All this to save a handful of endangered fish instead of re locating said fish.Not much thought going on there but that’s no surprise..Let the water go to the valley where it went for decades before the radical left took over.I mean Duh.Check it out here, I know it says 2915 but it’s still going on.