New Demand for Local Corn Rises in the Northeast

A rise in distilleries and food companies seeking regional ingredients is causing farmers to consider planting more of the crop. 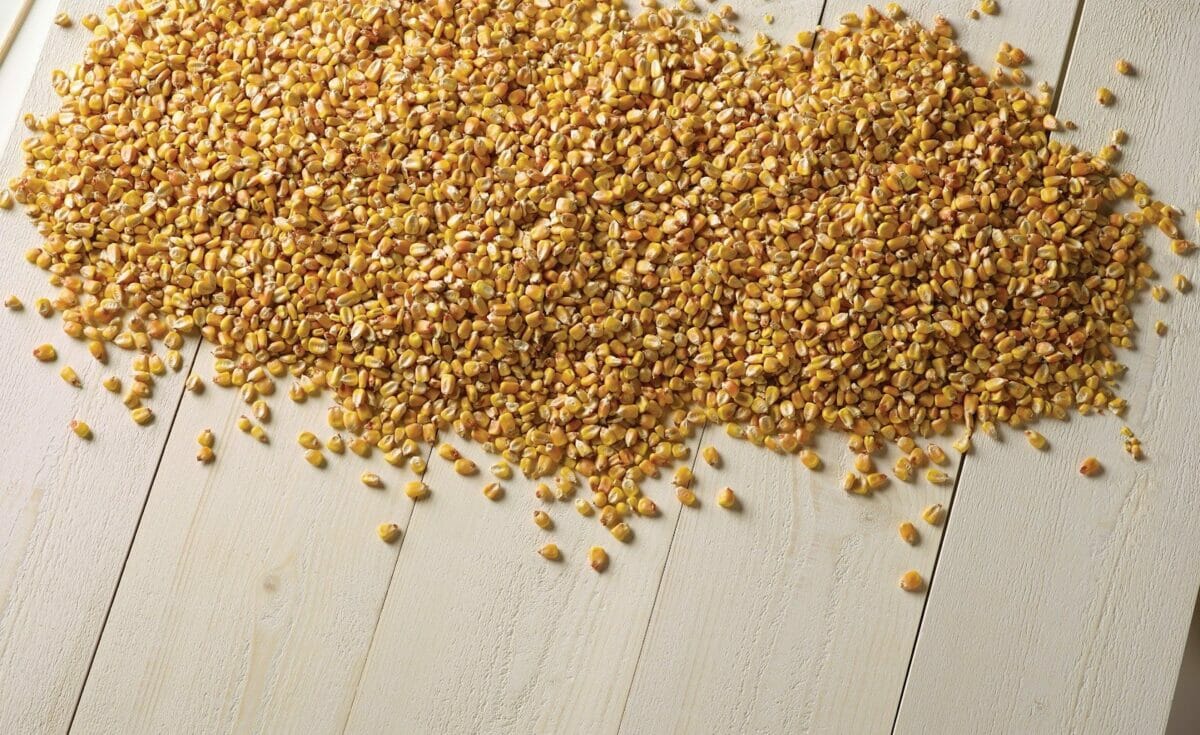 Mark Wrisley has kept his hand on the pulse of agriculture, trying to stay ahead of market trends over the past 30 years. Starting in hay production, the farmer then tapped into the organic market with wheat and soybeans. Over the last decade, he decided to plant corn on his farm in Essex, New York—and not just to feed animals with.

“We’re pretty diversified here. I’ve learned that you can’t just rely on one thing to hold up your bottom line,” he says, noting the slow decline of dairy in the northeast region. “I think this has been our secret to staying sustainable.”

A revived interest in local food and drink products, however, has helped validate his latest decision to grow corn. Wrisley grows a red-cobbed hybrid variety called 14A91 from Blue River Organics, which grows well in northern climates that have shorter growing seasons. What initially started as a small customer base of farmers wanting the crop for feed has shifted and expanded to include five distilleries and one tortilla company that have popped up across New York and New England over the past few years.

“It kinda just came out of nowhere,” says Wrisley. “These companies have picked us up mostly through word of mouth. We’ve gotten lots of calls. There’s a desire for ingredients from the region and we’re happy to support [them].”

Wrisley’s situation is indicative of a potential shift within the northeast’s food and agriculture landscape. The same network of Northeast brewers, maltsters and bakers growing interested in local grains such as rye and barley is now seeking locally grown corn.

Historically, corn production has been concentrated in the Heartland region, sourced from states such as Iowa, Indiana and Illinois, where ideal conditions such as level land, deep fertile soil, warm nights, hot days and well-distributed rainfall contribute to large yields. However, amid the ongoing decline of dairies, experts say a swath of new local businesses, such as distilleries and food companies, as well as renewed attitudes around sourcing local, are fueling a market for locally grown corn.

It’s something Heather Darby, an agronomic and soils specialist for the University of Vermont (UVM) Extension, has been excited to watch unfold. “Local food production is becoming more and more important, not just as a niche for high-end food businesses but as a means to really feed people and survive. I see the market for corn continuing to grow and strengthen,” she says. “We are trying to help and build on that.”

Over the past 20 years, Darby has worked to establish a local corn grain economy as a way to help farmers diversify. As part of the UVM Extension Northwest Crops and Soils Program (NWCS), which Darby leads, she’s trialled a number of short-season heirlooms—such as Early Riser flint corn, Wapsie Valley Corn and other yellow dent corn varieties—to determine their suitability for the food grade corn industry. Then she presents the best options to farmers in New York and New England and tries to connect them with companies interested in working with those varieties.

Darby says businesses within the region have expressed a desire to offer consumers a type of corn that not only tastes good but also offers a story. This is where there could be an opportunity to incorporate heirloom crops, she says, traditionally grown by Indigenous groups of the region. Currently, she is looking at varieties such as Rhode Island White Cap Corn, bred by the Narragansett tribe, and Cascade Ruby Gold, a gardener-bred corn related to Abenaki and Byron flint corn varieties. Given the interest she’s seeing in the northeast, she hopes to find more varieties that grow well within the region.

As the ongoing COVID-19 pandemic continues to expose vulnerable supply chains, Darby has noticed a greater commitment to regional ingredients from businesses and consumers than in the past. “The agricultural scene is changing, and I see the potential for us to continue on this path and produce different value-added products,” she says. “We want to maintain a presence within our food shed… I love the idea of buying local and trying to keep farmers farming should they want to.”

Building a product around regional ingredients has been important to April Moulaert, co-owner of Vermont Tortilla Company, which she launched in 2016. Since then, she’s relied on Wrisley to supply her with 40 to 52 tons of organic, yellow dent corn each year. But she’s also been working with Darby to find other varieties as one way to stand out, given there are many tortilla companies settling in the northeast. Moulaert hopes to some day ramp up production and the number of farmers with whom she’s able to partner.

Wrisley, meanwhile, is happy to continue to grow his Blue River Organics corn for Vermont Tortilla Company and a handful of local distilleries. He says he’s also willing to experiment with other varieties, such as heirlooms, if the opportunity presents itself. While Wrisley finds it encouraging that companies are jumping at the chance to support producers in their region, he hopes it’s a permanent shift—one that continues to grow and cement itself as more than just a trend.