The company will use nonunion workers to keep operations going while union workers from 14 plants across the country strike after rejecting a contract offer. 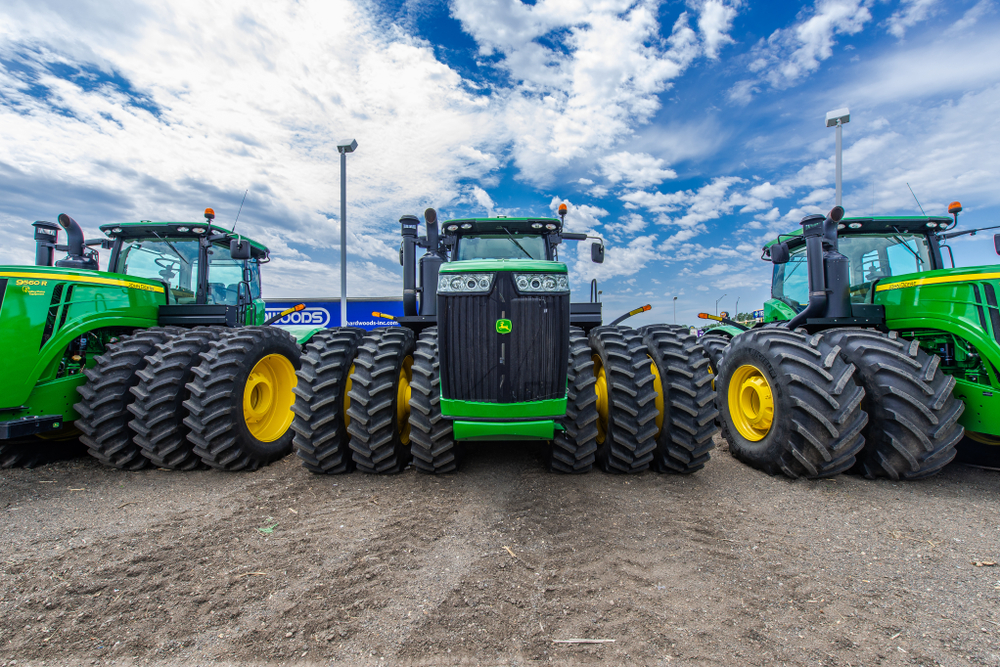 This is the first John Deere strike since the 1980s.
Photography by Guy William, Shutterstock.
Share
Tweet
Pin
Email

At midnight last night, members of the United Auto Workers union who work for John Deere initiated a strike. The union has been negotiating with John Deere for months, with workers seeking a larger share of Deere’s large profits during the pandemic, as well as for improved benefits.

The strike will affect more than 10,000 employees at 14 plants across the country. At some of those plants, workers have already created picket lines. “Pickets have been set up and our members are organized and ready to hold out and fight for a contract they believe meets their needs,” said Ron McInroy, director of UAW Region 4, in a UAW press release. “Our members and their families appreciate the community support they have already gotten. Strikes are not easy, but some things are worth fighting for.”

So, what exactly are they fighting for?

Aaron Gregg at the Washington Post reports that the workers are seeking increased wages, improved retirement plans and better benefits. Deere’s profits spiked during the pandemic; the company’s third-quarter profits in 2021 were nearly double that of the quarter a year prior. The company offered raises of around five to six percent, but it seems that it’s the retirement and other benefit packages that are the real sticking points.

Labor reporter Jonah Furman reports that one major issue is Deere’s proposed two-tiered pension system, in which workers hired prior to 1997 receive three times the pension of more recent hires, and those hired after November 1 of this year would receive no pension at all. Workers in these plants are often multi-generational, and they see their own benefits becoming drastically lower than those of their parents, all while Deere shows record profits.

In part, Furman writes, the strike is in response to a corruption scandal that hit the union, in which several union officials have been convicted of embezzlement and taking kickbacks from automakers in exchange for weaker negotiations. Union members recognize that they’re in a position of strength now that there is a lack of skilled workers along with the increased profits.

The strike is the largest in the United States in two years, says Furman, and the first John Deere strike since the 1980s Farm Crisis. It’s also concurrent with another food industry strike, at Kellogg’s, where workers have been on strike for more than a week.

I hope they get some official gear(Tshirts at least) online. I would order and proudly wear in their support. I wish them luck, and hope others join in support.

Lets hope that John Deere an agricultural company realizes that the first rule of farming is to steward your resources in such a way as to keep your productivity at a level where you can make money. Every dollar invested in a pension for a worker will reap ( pun intended ) a huge profit. The skills and knowledge of long term workers is an invaluable resource and to jeopardize that resource is not in the best interests of the shareholders.