Agriculture is at the forefront of this effort. 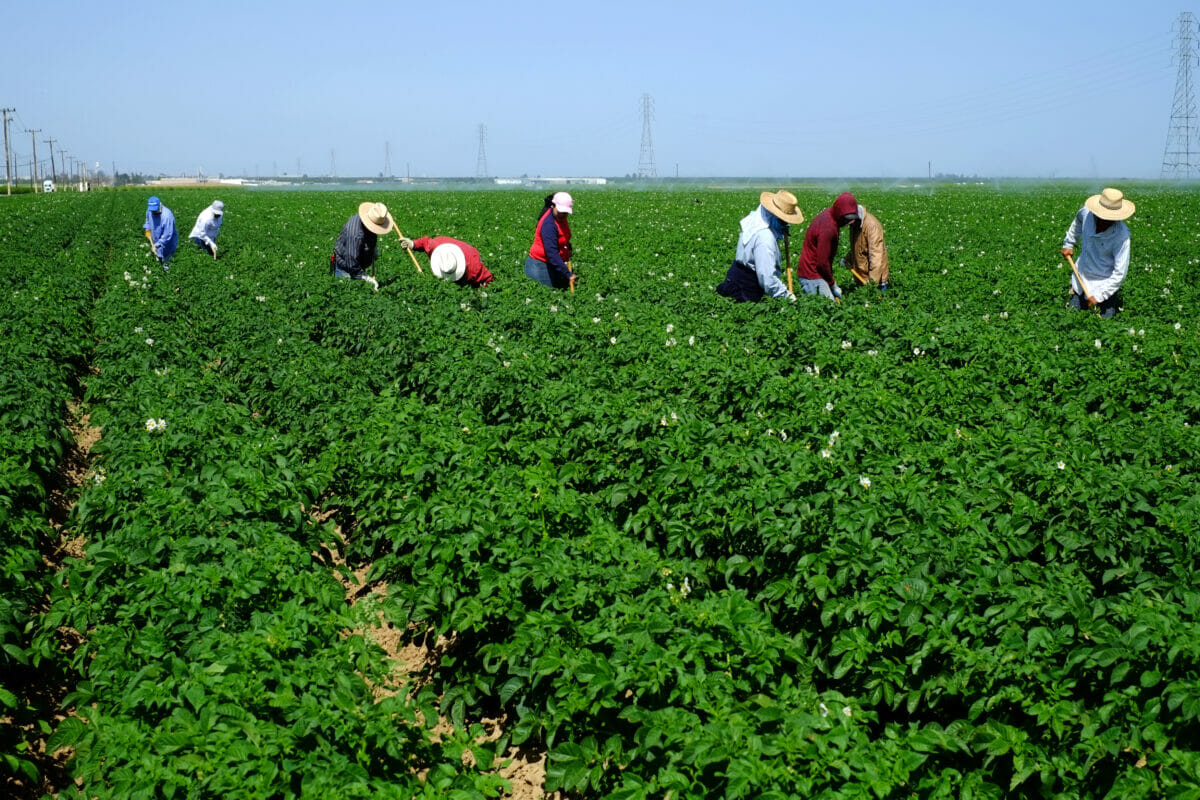 Heat illness, which includes a number of sometimes debilitating or even deadly symptoms caused by excess exposure to heat, is a major problem in the agricultural field. And yet there’s no nationwide regulation that guides and protects workers from heat. This week, according to the New York Times, the Biden administration announced its intention to create a labor standard on this topic, which will have direct effects on food and agriculture.

Agricultural workers, especially those who work outside, experience the full force of nature, and nature, lately, has been very, very hot. Farmworkers perform often intense physical labor in areas of extreme heat, including parts of California’s Central Valley, and in extremely humid summers across the Southeast, Northeast and Midwest. We know that the human body has limits above which its natural heat-fighting abilities, like sweating, aren’t effective. These can result in heat illness, which can include dizziness, cramps, confusion, loss of consciousness, seizures and even death.

Yet heat illness as it affects workers is very poorly studied and understood; heat-related illnesses and injuries are rarely ascribed directly to heat. A recent study had to go back and compare the day’s temperature with individual injuries to figure out which were likely caused by overheating. And heat is, and will continue to be, an increasing risk, with longer and more extreme periods of it. California, the country’s most financially important agricultural state, experienced its hottest summer on record this year. Oregon and Washington weren’t far behind.

Some states, including California, already have heat-related worker protections in place; employers in California, for example, are required to provide shade, heat illness prevention training and not only provide water but encourage workers to drink. This, though, is not always enforced. Somewhere north of 70 percent of California’s farmworkers are undocumented, which dramatically reduces their power to bring workplace violations to light, for fear of arrest or deportation.

The Biden administration’s announcement notes that it plans to publish a proposal in the Federal Registry for heat illness regulations next month; this, reports Politico, is the first step to creating such regulations. These regulations may involve mandatory rest periods when the temperature is high enough and even a cessation of work at a certain point. But, notes Politico, this is not a particularly fast process, likely taking many months, and so the administration plans to increase its monitoring of workplaces when the temperature rises above 80 degrees. That said, the government has extremely limited power to actually do anything about unsafe actions at the moment; it can provide guidance and assistance, but disciplinary action is unlikely.

Popular
7 Smokable Plants You Can Grow That Aren’t MarijuanaBrian Barth
New Solar Panels Allow Farmers to See the LightNaoki Nitta
6 Differences Between Llamas and AlpacasAndrew Amelinckx
This Modern Farmer Wants You to Grow a New Potato StrainBevin Cohen
The Cold Swim HomeMarcie Callewaert
Explore Modern Farmer
Related
Environment, Labor, Water
California Farms and Farmworkers Attempt to Recover From Record FloodsNaoki Nitta
Aquaculture, Technology
Can Interactive Mapping Tools Guide Shellfish Restoration?Bridget Shirvell
Food Security, Labor, news
A New Egg Co-operative Has Hatched in the Western U.S.Lindsay Campbell
Animals, Health, news, Technology
First Vaccine for Honey Bees Approved by USDAEmily Baron Cadloff
wpDiscuz
We use cookies on our website to give you the most relevant experience by remembering your preferences and repeat visits. By clicking “Accept”, you consent to the use of ALL the cookies.
Cookie settings ACCEPT
Privacy & Cookies Policy