What Does the Future of Ethical Meat Look Like? - Modern Farmer
Food & Drink

What Does the Future of Ethical Meat Look Like?

As producers look to scale operations, they also grapple with the environmental effects of their work. 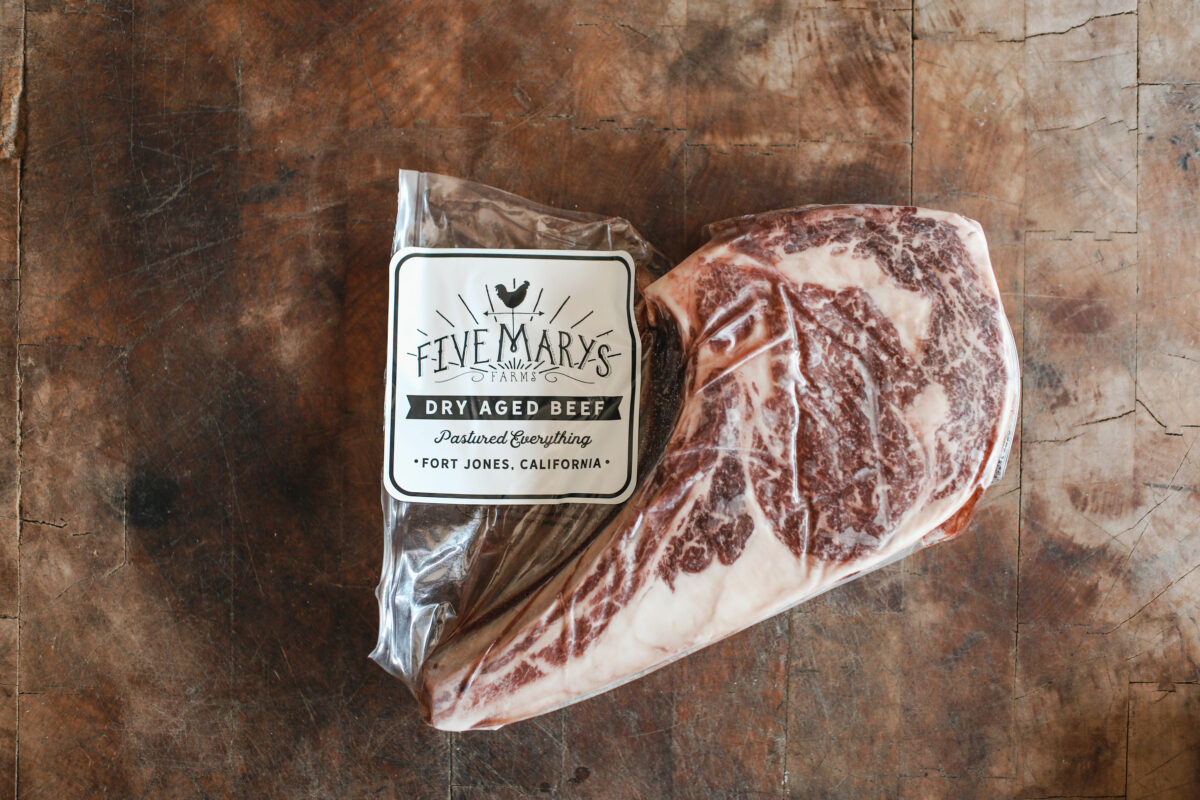 In the wake of the mislabelling scandal that fan-favorite meat producer Belcampo weathered just a few months ago, small, independent ranchers are finding their footing in a changing industry.

Many ranchers and farmers pride themselves on producing ethically raised meat, sometimes referred to as sustainable or eco-friendly meat. While there is no concrete definition for the term, it often encompasses parts of regenerative farming, such as rotational grazing patterns for animals, making good use out of manure or other byproducts and creating plans for carbon sequestration. It’s also a way of ranching in which pure output is not the most important goal; having the animals live comfortably and sustainably within their environment is their priority.

That’s what Belcampo purported to do at its ranch, as well as in its stores and delis. However, videos and emails from current and former employees claimed that wasn’t always the case. After news broke that the beloved local chain was importing meat from other producers, and crucially, not sharing the origins with its customers, there was backlash. This episode created mistrust among consumers, who were already struggling to figure out what labels actually mean. “For the informed consumer, who thought they were doing the right thing, it probably [was devastating],” says Carrie Balkcom, executive director of the American Grassfed Association (AGA). Although Balkcom thinks the industry has recovered well after the Belcampo incident, it does highlight the need for more transparency at every stage of the process.

Balkcom says the AGA gets calls from consumers all the time, asking for help deciphering a product label. Although Belcampo is not a member of the AGA, Balkcom says some members were upset by the admission, feeling like Belcampo had “screwed the consumer. When [the ex-employee] called it out, they took a big risk in doing that, but it needed to be done. I think that, sometimes, we just need a wakeup call.”

Balkcom hopes that wakeup call might change how ranches and farms are able to use food labels. Within the USDA now, some certifications are done by affidavit, where farmers affirm that they are following the guidelines. They file regular paperwork, and Balkcom says, unless there are glaring issues, the USDA doesn’t have the manpower to follow up on every affidavit to double check. “As far as mislabeling, without some type of certification, it’s rampant. The USDA doesn’t really oversee anything with any value,” Balkcom says.

Belcampo was, and still is, a major player in the California independent meat industry, and other ranchers are impacted by what happens to them. Modern Farmer reached out to four similar meat producers in California to see what they think the future holds as the dust settles.

Create solutions that can scale

Paul Greive started Pasturebird after dealing with health challenges brought on by Lyme disease. He says he was disappointed by the meat options he found in the grocery store, and he couldn’t decipher the labels. So he started with 50 chickens in his backyard. That number soon became 500 and then ballooned to 50,000.

Greive’s chickens are raised in custom-built floorless coops, so they have a structured shelter, but walk and feed on the grass beneath them. The coops are rotated every day, which Greive says is just an updated version of what farming was like for centuries.

“They were rotated, and crops were also rotated. Everything was always moving all the time,” Greive says. Although the floorless coops are more work than traditional structures, Greive says he likes that the ranch can grow at a pace that works for him. “We can’t go buy an existing chicken coop. If we want to scale, we have to build every single one from scratch. And that goes for not just us but anybody doing real pasture-raised chicken.”

As the California meat industry is under a closer microscope now, Greive says there’s a higher premium put on “honesty and integrity” as a producer. He says the fallout from the Belcampo episode put a brief “stain” on the industry but that he wishes them the best. As Greive points out, the success of one indie producer is often tied to the successes of another. 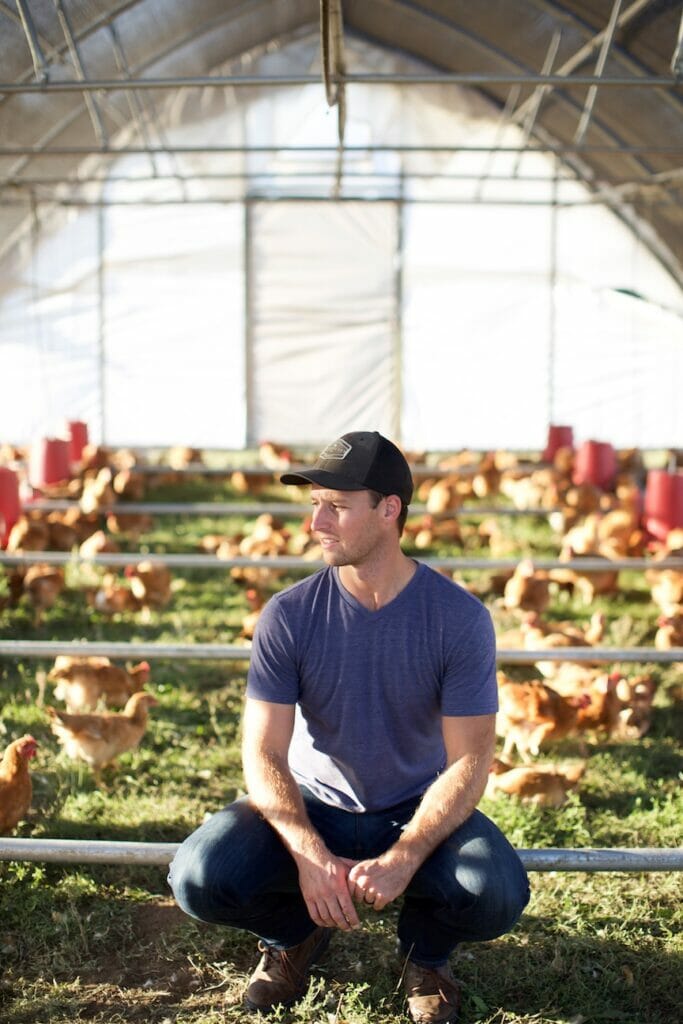 Open up the doors

Over at Five Marys Farms, Mary Heffernan has doubled down on being open and forthcoming with her customers. She documents her daily life on the farm on social media, where she’s gained a sizable following.

“It’s not hard to be genuine. When you’re the one raising your own animals, you have to be willing to open up and share it,” Heffernan says. “I see social media as a great opportunity to educate without using those buzzwords, just by showing the day-in and day-out.”

Heffernan and her family even had a social media moment go viral this year, when a blind lamb was born on the ranch. Her followers loved seeing updates on the lamb, eventually naming her Proud Mary, which resulted in a children’s book, illustrated by a woman Heffernan connected with over Instagram.

For Heffernan, the best way forward after the Belcampo revelation is radical transparency, and other ranchers agree. At Stemple Creek Ranch, co-owner Loren Poncia invites people to his farm to see the process in person. “Ethical meat production to me is being honest and transparent about the whole process from start to finish,” Poncia says. “We want people to come to the ranch, we want them to visit us, we want them to see with their own eyes, we want them to be educated. Because once … they taste our product, they’re gonna keep buying it, and they’re gonna tell their friends.” 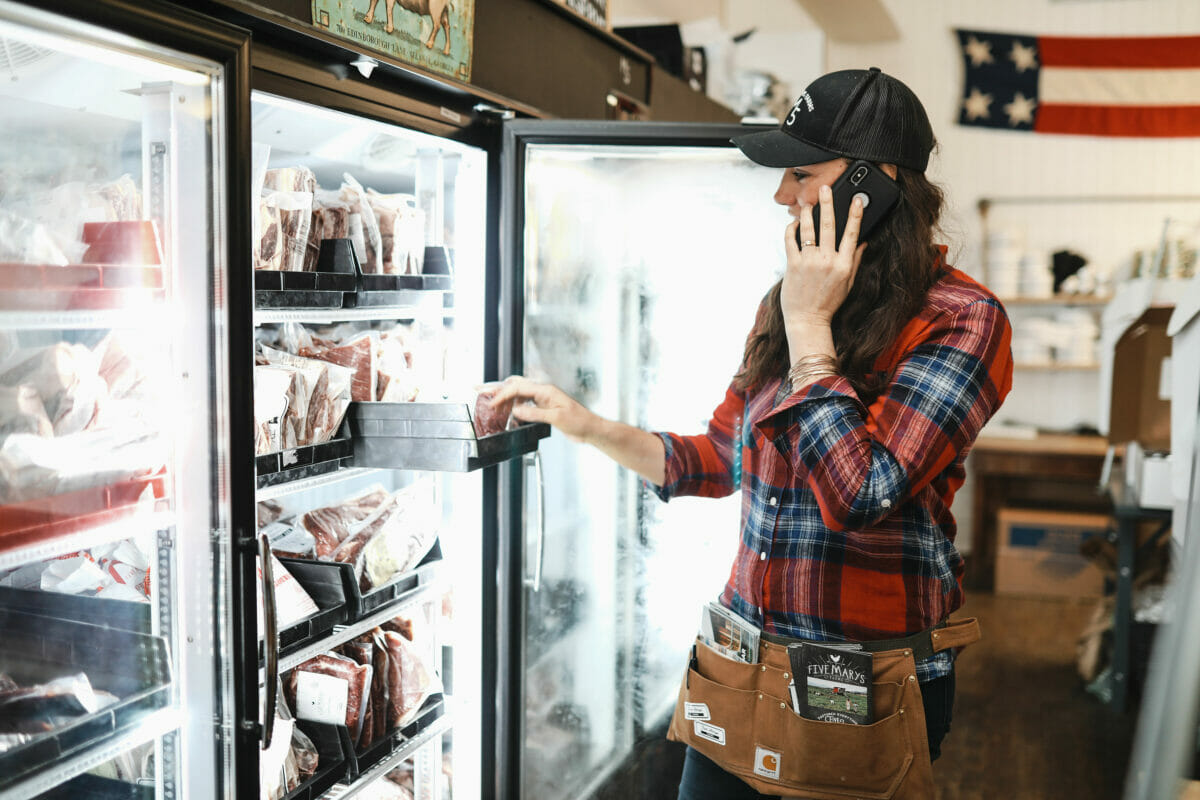 Mary Heffernan shows her daily life on the farm to customers on social media. Photo courtesy of Five Marys Farms

Meet your customers where they are

It’s important to recognize that many people want to do the right thing, but they may not have the opportunity, says Charlie Thieriot of Llano Seco. The sixth-generation family ranch produces hogs and cattle, along with heirloom varieties of beans and grains. And Thieriot recognizes that regenerative products are especially hot right now, as customers are more aware of what goes into producing their food.

“In California, we’ve got fires raging, record heats, record droughts. [Climate change is] in our face here,” Thieriot says. “Decisions we make individually could help with this nagging fear we’re all walking around with.”

For Thieriot, that means advocating that his customers eat locally, whether from Llano Seco or a producer closer to home. And, counterintuitively, it also means advocating for eating less meat. For him, the future of ethical meat production might just be producing less meat altogether. “I think a plant-based diet is generally less expensive and much higher quality and much better for you and much better for the planet,” Thieriot says. “I see myself as producing something very special, not something for mass consumption as far as the majority of a diet.” Thieriot looks to practice nose-to-tail eating and being intentional when adding meat to a meal.

That works for many of his customers who are also trying to be more intentional about the meat they consume. But not everyone is grocery shopping at farmers’ markets or through indie producers. So how do you scale this type of production across the country? Greive says that will take time, education and help.

“I think if people could find regeneratively produced kale or chicken or cattle or whatever in their Costco or in their Trader Joe’s… I think you’re gonna see it take off like wildfire. Because people really do care,” Greive says.

These producers are betting that not only do their customers care but they’ll only get more invested the more they learn about the products and the process. Balkcom agrees, saying that more transparency will only improve the industry. “If you’re doing something good on your farm, show people and don’t sugarcoat it,” she says.

Balkcom also says that the AGA has its own certification, which is recognized by the USDA and confirmed in person every 15 months. The AGA ensures that every member follows its guidelines, such as not using antibiotics, and has a grazing plan in place.

She also says that the AGA is always on hand to help customers research what a particular label means or what is happening on a ranch. The goal, she emphasizes, is to cut through the bureaucracy for customers and move past individual mistakes, so the ethical meat industry continues to grow.

Being a beef rancher, I do the best for may cows to be the best benefit for the and my business. The one thing that I do not need is some social run organization coming to my ranch and telling what and how I need to raise my cows. I have been to many meetings and organizations and all start off with many good ideas. But they change their goals as time goes on to become very inspection/follow their goals and ideas. It never stays directed to the ranchers goals.

It is shocking that this article could be written ans no mention of the important certifications for animal welfare that farmers can have to validate their treatment of their livestock such as A Greener World Animal Welfare Approved. Third party validation of these claims farmers make is the future.

It’s not ethical – it’s just slightly more sustainable than your average dead farmed animal. “Ethical” meat is made from plants or from cells in no a lab.