Indie meat producer Belcampo has developed a devoted following of customers willing to pay top dollar for its organic, sustainably raised, grass-fed meat. According to one former employee, people are not getting what they pay for. 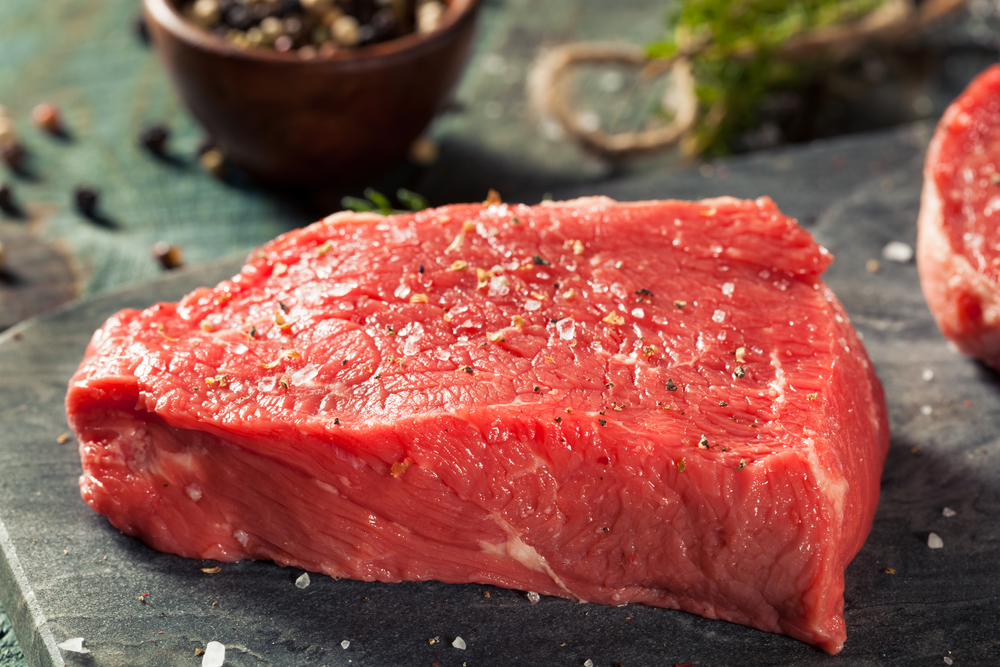 Belcampo founder Anya Fernald has said that the company has launched an investigation into the allegations.
Photography by Brent Hofacker/ Shutterstock
Share
Tweet
Pin
Email

Started in 2012, Belcampo has become a mini-empire of meat. From the first farm in Northern California, the company has grown to include a nearly 20,000-acre ranch, an online store and half a dozen butcher shops and restaurants. They serve items such as the Superman Salad with grass-fed beef or the Chicken Cobb with pasture-raised chicken and farm eggs.

Belcampo’s website touts that it proudly offers “meat you can trace” with “transparency, start to finish.”

According to one former employee, that’s just not true.

The former employee, Evan Reiner, posted a series of stories to his Instagram account on Sunday, showing the stock room of a Belcampo restaurant and butcher shop. In the videos, he points to cuts of beef and chicken, which he claims are neither grass-fed nor organic and are sourced from as far away as Tasmania.

“I apologize to all the customers that I lied to for the past two and half years in order to keep my job,” Reiner says in one video. “I had to hold onto it for health insurance reasons.

“(Belcampo) do not care about your health, they care about your money. Thought this video would open some eyes and hopefully turn some people away from the scum that Belcampo is,” the video continues.

Belcampo is known for its prime cuts, which come with a hefty price tag. A pound of its filet can run $47.99, and hangar steak can set you back $28.99 per pound. With those costs, allegations that the company was sourcing its meat from outside companies hit social media hard, with many sharing the videos.

In response, Belcampo founder Anya Fernald said in an email that the company has launched an investigation into the allegations, which came from a former employee at its Santa Monica location, whom the company terminated last week.

Fernald emphasized that all locations are held to the same standards for their sourcing, but that individual shops have autonomy when there are supply shortages on certain items. “The preliminary results of our investigation show that unfortunately protocols both for sourcing and communicating product origin to customers were not being followed in our Santa Monica location. These errors made up a small percentage of total product,” Fernald wrote.

Although Fernald did not specify the procedures that stores have to follow or how these products did not meet its standards, she did say that the Santa Monica location has switched to products exclusively from Belcampo and its partner farms, and that the company is “implementing careful retraining and education around our protocols and accountability for our employees and leadership to ensure this does not happen again.”

Really disappointing— and we can be certain this is not a one time nor one location issue. The lies are rampant in the meat industry, and I was thrilled that a woman-owned meat company was following the holistic path in meat production. They got caught and will no doubt communicate thru a pr company to cover more lies. BUMMER

What a bunch of BS. Ordering is all processed through corporate, there’s nothing ordered for individual stores that they didn’t approve. Fact is like a lot of small businesses the eventually stopped caring about mission and only cared about more profit. They were making good money without cheating but at some point Anya decided that wasn’t enough. This will only stop it for a few months. They’ll work out a way for all orders to come packaged without labels going forward. Hopefully employees at other locations have videos they’ll come forward with. Or maybe Anya will never fire anyone again… Read more »