The Biden administration is claiming our neighbors to the north are violating dairy provisions in the USMCA. 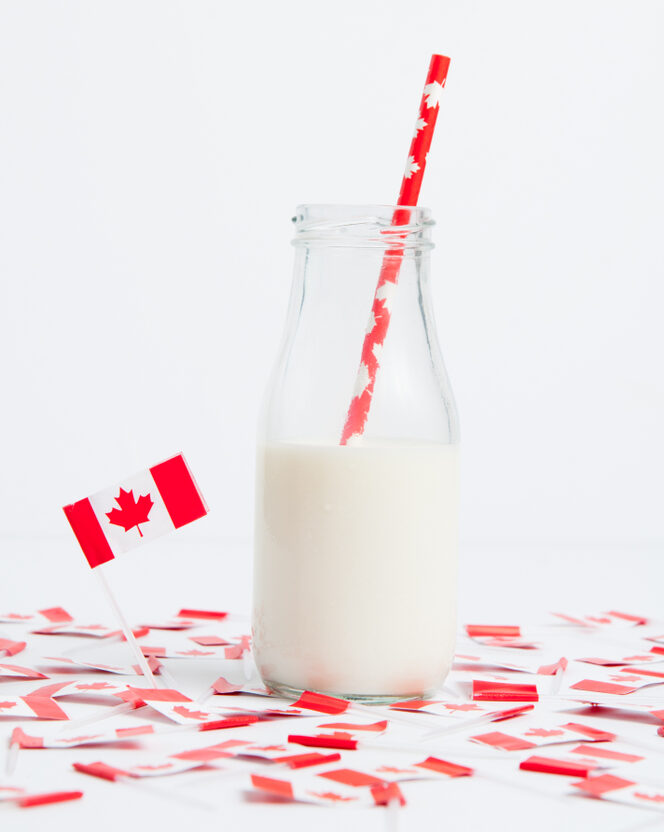 A long-running dispute between the United States and Canada over dairy imports reached new heights this week, as the Biden administration triggered a formal review of the issue under the still-young trade treaty that officially replaced the North American Free Trade Agreement (NAFTA) this past summer.

The move marks the first time that any signatory of the United States-Mexico-Canada Agreement (USMCA) has initiated such a review under the new trade pact. It is, in short, a formal accusation from the United States that its neighbor to the north is in violation of the treaty.

International trade disputes tend to be wonky, acronym-riddled affairs, and this one is no different. The US dairy industry has complained for years about what it says are protectionist trade policies in Canada, where the dairy industry operates under what is known as a “supply management system,” which sets minimum prices and limits production and imports as a way to control supply. In this particular case, the United States is taking specific issue with Canada’s tariff-rate quotas, or TRQs, which impose a lower tax rate on a set quantity of imported goods and then a higher rate on goods above that initial threshold. The US alleges that Canada is allocating those dairy TRQs in a way that unfairly favors Canadian processors over American processors and producers.

“A top priority for the Biden-Harris administration is fully enforcing the USMCA and ensuring that it benefits American workers,” Katherine Tai, the US trade representative and President Joe Biden’s top trade adviser, said in a statement. “Launching the first panel request under the agreement will ensure our dairy industry and its workers can seize new opportunities under the USMCA to market and sell US products to Canadian consumers.”

The Canadian government, naturally, sees things differently than the Biden administration. (Fittingly, both countries give themselves top billing in the treaty’s acronym: it’s the USMCA in the United States and the CUSMA in Canada.) “We are confident that our policies are in full compliance with our CUSMA TRQ obligations, and we will vigorously defend our position during the dispute settlement process,” Canada’s trade minister Mary Ng said in her own statement.

The dairy TRQs were a sticking point between the two countries during the trade negotiations that led to the new treaty, and likewise remained a point of contention even after the pact went into effect in the summer of 2020. This past December, then-President Donald Trump’s trade representative filed an initial complaint about the TRQ issue—also a first under the USCMA—and the two nations met later that month to talk but were unable to come to an agreement.

One reason for that is that the US dairy industry spans a wide swath of the country and has a heavy presence in blue states like California and New York, red states like Texas and Idaho, and battlegrounds like Wisconsin and Pennsylvania. While the industry tends to favor the GOP when it comes to its political spending, it nonetheless spreads its campaign cash around to Democrats as well. In the 2020 election, for example, it gave nearly $400,000 to Donald Trump, roughly $200,000 to Joe Biden, and about $85,000 to Senator Bernie Sanders, according to the Center for Responsive Politics. Another contributing factor, of course, could very well be that Agriculture Secretary Tom Vilsack served as a top lobbyist for the US dairy industry between his first tour of duty at the agency under then-President Barrack Obama and his current one under Biden. Vilsack, it stands to reason, is intimately familiar with his former colleagues’ complaints.

Such bipartisan support, however, belies criticism from labor groups and their allies who believe the United States should be learning from Canada’s dairy industry instead of attacking it. “The US government has been trying to dismantle Canada’s federal and sub-federal supply management systems for years, not to benefit US farmers or workers, but rather corporate dairy interests,” a group of roughly 20 organizations, including the Institute for Agriculture and Trade Policy and Food and Water Watch, wrote to Vilsack and Tai earlier this year in a letter asking them to drop the issue. “Continuing to pursue this complaint is clearly out of step with the new administration’s stated commitments to reform the US trade agenda to be pro-worker rather than a business as usual approach that actively favors multinational corporations.”

Under the letter of the USCMA, the formal request by the US for a review panel automatically triggers the creation of one, something that will now happen in the next 30 days. The panel will then issue a preliminary report in the next several months and a final ruling by the end of year, likely around November. If the panel ultimately sides with the United States, Canada would be forced to make whatever changes are necessary to bring its import rules in compliance with the ruling. If Canada were to refuse, the United States would then eventually be able to impose retaliatory tariffs on Canadian goods.

I grew up in the U.S. and always hated being forced to drink milk. Now I live in Canada and the milk here, well, just tastes GOOD. I don’t know exactly why it tastes better, but I suspect that it’s because Canada’s policies require farmers to produce higher quality milk, without growth hormones and antibiotics. Is it fair for the U.S. to force us to let in milk that doesn’t meet Canada’s standards? Not in my book. America, you can keep your mediocre milk.