The International Humanitarians Listening to the Land in Appalachia

Lauren and Christoph Herby were eager to put down roots. A “rusty, big hunk of metal” helped show them how. 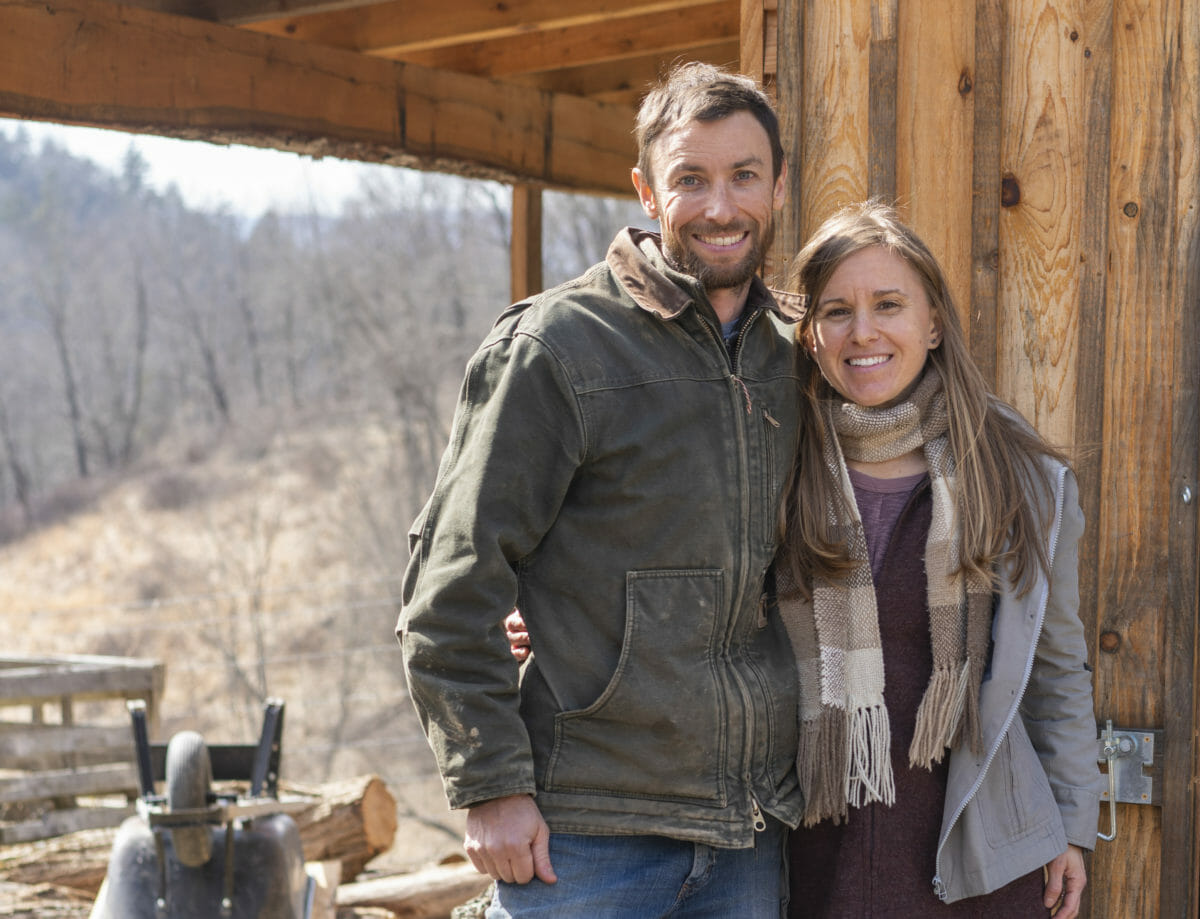 After years spent moving from one country to the next as part of their humanitarian work, Lauren and Christoph Herby wanted two things: a piece of land to call their own and some kind of food or fiber that they could grow there in a sustainable fashion. Finding the first came relatively easy; the second took considerably more work.

The couple first met a decade ago in the Central African Republic, where Lauren was working for the United Nations and Christoph for the International Committee for the Red Cross. Several years and several more stops on the international aid circuit later, the pair couldn’t shake the feeling that something was missing from their lives—a home, yes, but also a place that would allow them to build a lasting connection to the land and the community that lived there.

Lauren recalls speaking to women in a rural village shelling beans and being struck by their connection to their environment. “We didn’t have that,” she says. “We were helping people in need, but we were kind of jealous of them at the same time.” Christoph felt similarly, even as he was working with those displaced by disaster or conflict. “They still had this very clear notion of where home was,” he says. “Meanwhile, as humanitarian workers, we were going from one place to another every 12 or 18 months. … I had this need to root, to create—to say, ‘our family is from here, from this little piece of earth.’”

That need became harder to ignore with each move. At many stops, be it in the Ivory Coast or Armenia, they’d set up a small garden, only to leave it behind when their job was finished. As Christoph puts it, “There’s a difference between planting radishes and planting fruit trees.” The former is for a season, the latter for a lifetime.

And so, in 2014, the couple returned to the United States in search of farmland. Their list of must-haves was relatively short. They were looking for fertile ground that was close to family and even closer to the mountains. They found it in Highland County, Virginia, a reasonable drive from both Roanoke and northern Virginia and smack dab in the Appalachian Mountains. They bought 200 acres there of hardwood forest that would soon become Tonoloway Farm.

But while the Herbys had found a home, their agriculture adventure was only just beginning. “It was literally a rocky path getting to where we are now,” says Christoph.

Inspired by Joel Salatin and his books, the couple first tried their hand at pasture-raised turkeys but didn’t have much luck. Next, they moved on to sheep with similarly disappointing results. The realities of raising animals—the infrastructure, antibiotics and business partnerships, among them—just weren’t for them.

They eventually found inspiration in the form of a “rusty, big hunk of metal” they came across half-buried in the forest. They dug it out and realized it was a maple syrup evaporating pan. The answer the couple was searching for was right there in the maple trees, birch trees, sycamore trees and walnut trees on their land. They wouldn’t need to feed the trees antibiotics or check their hooves, says Christoph. “That’s what wants to be here and it’s what the environment wants,” he adds.

Fast-forward to today and the Herbys—who both still work part-time in the humanitarian sector—have tapped around 1,000 walnut trees and another 600 or so maples, the bulk on their land but some on neighboring properties as well. They believe they are the first and still only commercial producer of black walnut syrup in the state.

Walnut trees don’t produce as much sap as maples, and their filtering process is likewise more complicated. But the Herbys have made taking what the land is eager to give a priority. “It’s something that this forest is just flush with,” says Christoph. “And so, we’re taking the resource that’s in our backyard and simultaneously fostering the forest to be more of what it wants to be.”

The sugaring process can be long, but it is also relatively straightforward. Sap drips from the taps into tubing that runs from tree to tree, from small tubes to bigger tubes, and eventually into large collection tanks. From there, the Herbys take the sap to their “sugar shed,” where they boil it down in a wood-fired evaporator. It takes about 70 gallons of tree sap to produce a single gallon of syrup. They then bottle it and sell it at their farm and at local markets, as well as through their website and a few specialty stores.

This past year has offered new challenges for the Herbys. The ongoing coronavirus pandemic has, naturally, limited in-person sales and also cancelled a local maple festival for the second year running. Meanwhile, the long, cold winter has been great for the trees—and eventually for their syrup—but it has also put the farm behind in its production schedule. Still, Christoph and Lauren say their operation is on pace to turn a profit this year for the first time in its three-year run.

Great story! Now I want to add this farm to our next Sugar Camp tour. Amazing how they selected Highland Co ?