The Inside Story of the School Groundskeeper Who Took on Monsanto - Modern Farmer
Environment, Health

The Inside Story of the School Groundskeeper Who Took on Monsanto 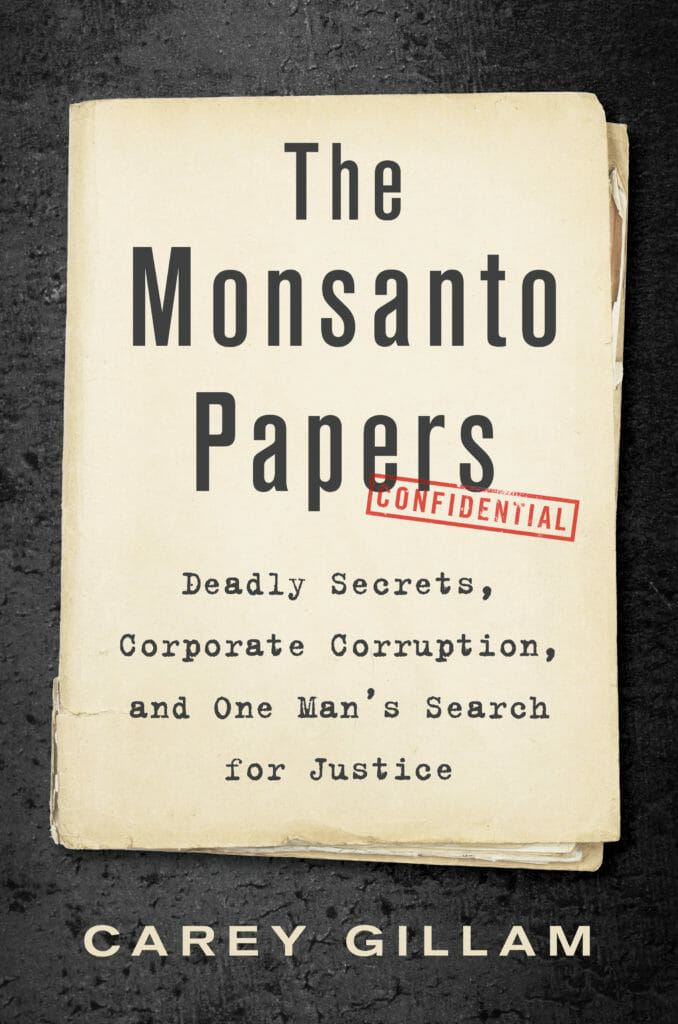 When Carey Gillam started working on her new book, she did not expect the man at its center to be alive when she finished writing it. Dewayne “Lee” Johnson, after all, had already been diagnosed with an aggressive form of cancer and his prognosis was grim. “I believed wholeheartedly that the last chapter would be Lee’s funeral,” says Gillam, an investigative journalist and author of The Monsanto Papers: Deadly Secrets, Corporate Corruption, and One Man’s Search for Justice, which will be released Tuesday, March 2, by Island Press.

Johnson, however, is still very much alive today—six and a half years and counting since he was diagnosed with non-Hodgkin lymphoma and two-plus years since his landmark legal victory over Monsanto, the now-former agrochemical giant behind the popular weed killers Roundup and Ranger Pro. As a school groundskeeper in California, Johnson worked regularly with large quantities of both herbicides, and a workplace accident once left him drenched in one of them, exposures that Johnson blames for his terminal cancer.

For years, Monsanto had faced similar claims about its glyphosate-based products, but Johnson’s lawsuit was the first time that the company had to defend itself in front of a jury. And it was that jury’s 2018 decision to award Johnson $289 million in damages that set the stage for Bayer—the German drugmaker that bought Monsanto that year—to agree to pay nearly $11 billion to settle tens of thousands of similar claims, one of the largest ever settlements in US civil litigation history.

The Monsanto Papers is something of a sequel to Gillam’s award-winning first book, Whitewash: The Story of a Weed Killer, Cancer, and the Corruption of Science, which came out in 2017 and detailed the controversial history of Roundup as well as Monsanto’s wide-ranging efforts to manipulate the scientific record about it. But where Whitewash offers a more sweeping look at the chemicals and the company, Gillam’s new book tells a narrower, more personal tale—namely, that of Johnson and his lawyers. The narrative brings readers into the field as Johnson is accidentally doused with Ranger Pro, into the offices of his legal team as they plan out his case and, ultimately, into the courtroom for the jury’s verdict. “I tried to write the book with a general-audience appeal,” says Gillam. “So that people who are turned off by pesticides and glyphosate—the idea of, you know, having to read a very science-y book—would be drawn into one man’s story of suffering from cancer.”

Despite the focus on Johnson, the book still dives deep into the legal maneuverings behind tort litigation, which tends to generate far fewer headlines than criminal law. Despite her experience covering legal cases while working for Reuters earlier in her career, Gillam says she was still surprised to see how, exactly, civil suits like Johnson’s play out in real time. “I [had] never really followed a case from beginning to end and gotten to go behind the scenes and see how the sausage is made,” she says. “There’s a lot of good, bad and ugly that goes into it.”

Another major difference between Whitewash and Monsanto Papers, Gillam says, was how the companies on which she was reporting treated her. While Monsanto built a step-by-step action plan to undermine her credibility and reporting—a strategy detailed in company documents Gillam obtained after her first book was published—she believes Bayer kept things above board by comparison. “‘Truce’ is the wrong word I suppose—maybe not—but [Bayer’s acquisition of Monsanto marked] a return to a more professional relationship in which the company would no longer engage in either skullduggery or third-party attacks,” she says.

For Johnson, the jury’s 2018 decision to award him a staggering $289 million was not the final chapter in his legal story. Bayer, which maintains that Roundup is safe, appealed that verdict and a judge slashed the award later that same year, and then an appellate court slashed it a second time more recently. Johnson finally got paid late last year: $20.5 million, a fraction of the initial amount the jury awarded him two years earlier. After taxes and legal fees, Gillam estimates he walked away with about half of that. Gillam says she still speaks with Johnson often and that the cancer and treatment have taken a “tremendous toll on his body,” but she says that he remains upbeat. “I mean, he’s not living a good, happy life,” she says. “But he’s there with his boys and he’s taking care of his family.”

As for herself, Gillam is busy at her current job as research director at US Right to Know, a non-profit research group focused on the food industry, and she already has an idea for her next book. She’s not ready to discuss the details yet other than to say that it will tackle a different subject than her first two did. “I hope and pray never again to write a book about Monsanto or glyphosate,” she says with a laugh. “I think we’ve taken care of that one.”

Eric Bjerregaard is likely a paid shill for the biotech/pesticide industry. It has been commenting on various random blogs and articles on the internet going back at least as far as 2016, defending GMOs and glyphosate. Just bear that in mind before you waste any time replying to it.

Q: How can you produce a magazine that tells farmers glyphosate is bad, but not have the magazine go out of business?
A. It’s not possible.

Jason should be aware of the basic science. https://www.acsh.org/news/2018/10/09/if-you-accept-science-you-accept-roundup-does-not-cause-cancer-13490?fbclid=IwAR0iWP_pOnU59lnPcsVF1xyEvJSNu3Rnu2Pdzpp-29s9DAtGbEPNFn4aFgc

I wonder why Jason didn’t look into this. https://thoughtscapism.com/2016/09/07/17-questions-about-glyphosate/?fbclid=IwAR1Zbm8RopbkRdXfMJpk5ZLAQYi44CktZIdo60EAyhoNaW5iFBbPwcjxDGg

I wonder if jason checked on this easy to find information. https://www.forbes.com/sites/geoffreykabat/2017/10/23/iarcs-glyphosate-gate-scandal/

Another typical “Monsanto is evil” piece short on facts. Does Carey Gillam have ANY proof that Roundup causes cancer? Because there is lots of science saying it doesn’t.

Good grief, Jason must have no journalism training to have written that puff piece. It reads like the drivel that a publicist would come up with. Why nothing on getting fired from Reuters? Why zippo on the real mission of usrtk. Why nothing on her buddy that got busted for extortion.? Why zippo ion the false hoods in her preivious work? https://biofortified.org/2018/02/hogwash-review-whitewash-carey-gillam/