Yakteen is a gourd variety that can be many things at once. 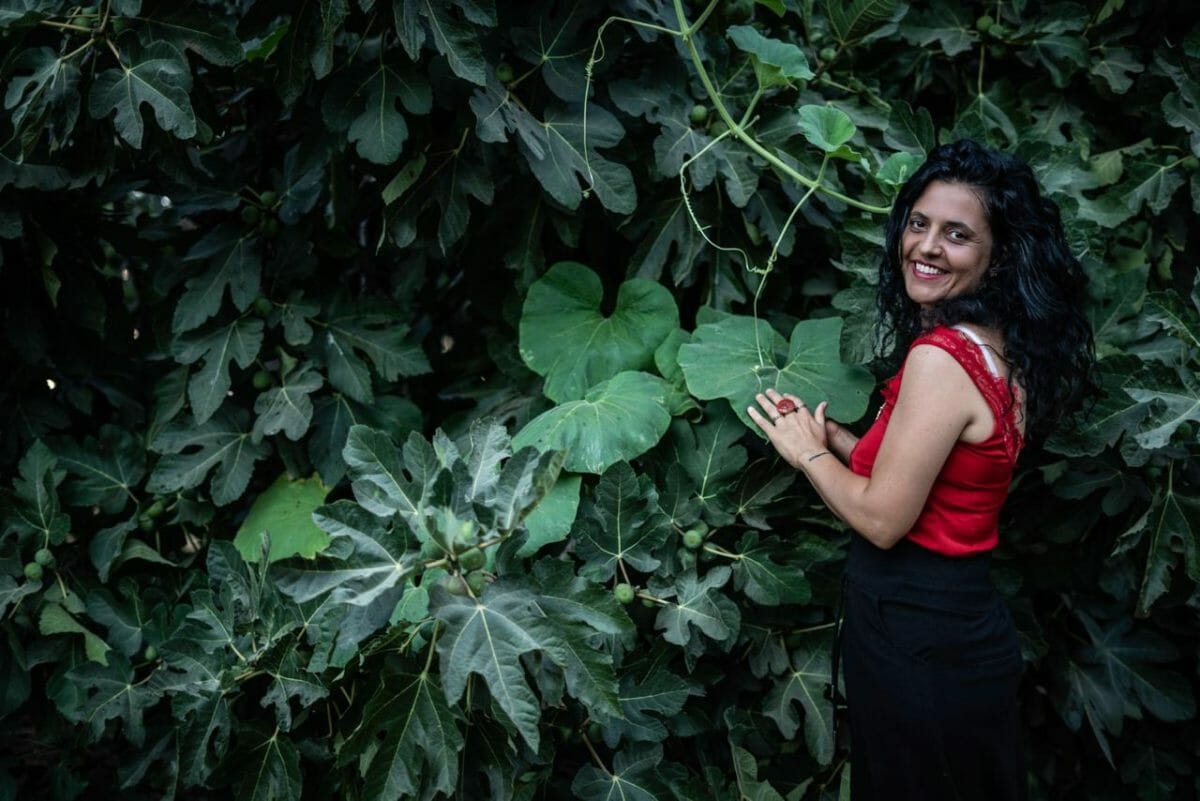 Vivien Sansour founded the Palestine Heirloom Seed Library in the West Bank in 2014 as a way to both preserve Palestinian culture at home and to share it with the world. More than a half-decade later, those efforts—and her seeds—have found their way into the American marketplace, specifically in the form of the Hudson Valley Seed Co. seed catalogue. The New York-based company is selling seeds for Sansour’s yakteen gourd, which it believes marks the first time that a Palestinian heirloom variety has been available commercially in the United States.

“These little seeds hold the DNA of my culture—a culture that’s being attacked, eliminated and destroyed,” says Sansour, a Palestinian artist, scholar and conservationist. “And so, when I share it, it becomes literally part of somebody else’s body and psyche. And in this way, we are not alone in our struggle.”

The Hudson Valley Seed Co. and its co-founder, Ken Greene, were in many ways natural partners for Sansour, who was dubbed “The Seed Queen of Palestine” by Al Jazeera back in 2018 when her seed library first started to gain international attention. Greene also runs a non-profit focused on seed justice. His company prides itself on selling unique varieties in a sustainable way and also on telling the story behind each hard-to-find seed.

In addition to the standard growing instructions, the Hudson Valley Seed Co. catalog offers customers information about a seed’s background and—for the lucky varieties—commissions custom artwork for the packaging. It was that particular flourish that first gained Sansour’s notice during a trip to New York several years ago, well before she first met Greene in person. “I went into a gift shop and I saw these beautiful seed packets and was blown away,” she says. “I was like: ‘Who read my mind about how I would like to express my love of nature?’” Sansour and Greene found a young Palestinian artist from Jericho, Haya Kaabneh, to design the seed packets for yakteen. 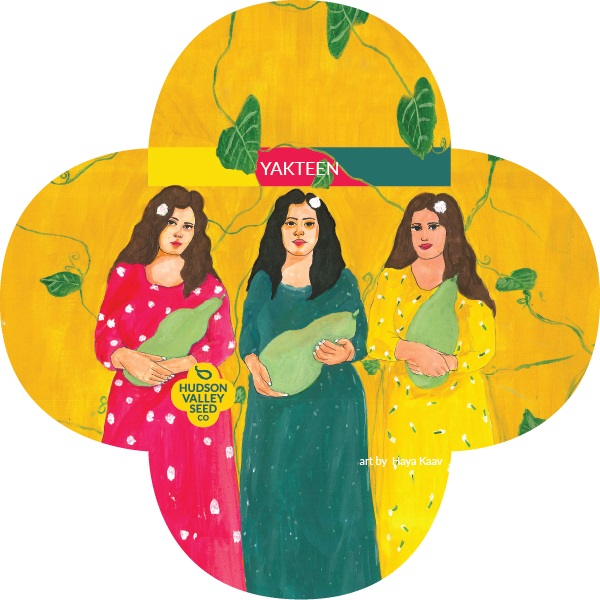 Yakteen is a gourd, as a literal translation of its Arabic name suggests. But as Sansour and Greene will happily tell you, a gourd is not just a gourd, just as a seed is never simply a seed. Yakteen can be many things over its lifetime and several things at once. When it’s young, the bottle-shaped fruit can be picked and stuffed with rice, lamb and spices; when it’s a little older, you can skin it and sauté it in olive oil. In the summer, the plant’s green vines will climb trees or man-made structures, offering a shaded respite in the heat—be it to those working on a farm in Upstate New York or those walking the streets of Hebron. When the gourds dry out in the fall, they hang like decorative lanterns and can be made into bowl-like vessels or even musical instruments. All the while, Sansour says, the plant serves as an ideal companion to other summer crops such as tomatoes and zucchinis, helping them grow and to keep the soil healthy.

Greene first started experimenting with yakteen on his company’s organic farm last year, and he says he was particularly struck by its fragrant, lace-like white flowers. But like Sansour, his endorsement goes beyond simply the beauty of the plant’s flowers or the taste of its fruit. “Many of us were raised to think about seeds as a commodity,” he says. “What is this going to produce? What’s the yield? You know, what will I get from this? It’s a very extractive way of thinking.” 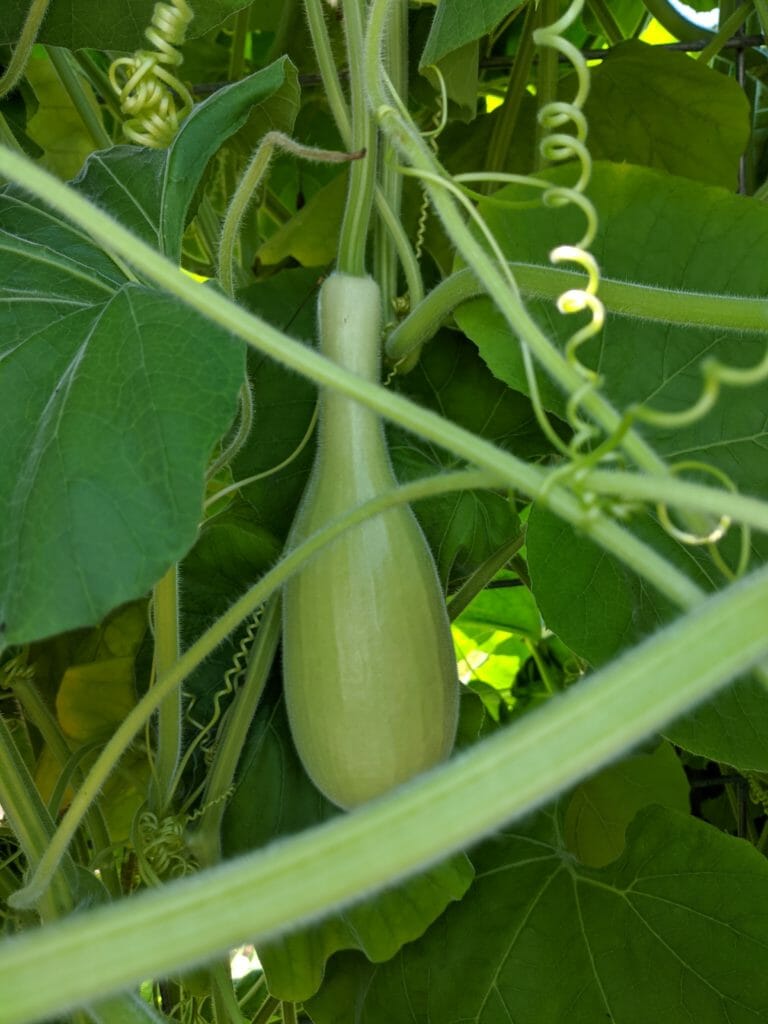 Instead, Greene prefers to take a broader view of seeds and our relationship to them. “This plant can enrich our lives in terms of our senses and our palates,” he says, “but it can also enrich our lives spiritually and emotionally—it can teach us about new relationships.” He says that, in that spirit, Hudson Valley Seed Co. is taking great care to ensure it is sharing the yakteen in a way that is true to Sansour’s voice and her experience as a Palestinian. “It’s an opportunity for a lot of beauty and joy,” he says. “But it also means not shying away from the difficult parts of those stories.”

Hudson Valley Seed Co. has been selling the seeds for only a few weeks, but Greene says he has already received an influx of enthusiastic emails and social media posts from customers, including Palestinian Americans eager to reconnect with their Palestinian identity. “It’s just been really, really moving that this is so meaningful to people,” he says. “And that’s part of the mission of what we do—to help people connect with seeds in all different ways.”

The early response has Greene and Sansour considering offering additional Palestinian varieties down the road, but they seem to be approaching those decisions in the same careful, deliberate way they did their initial one. In particular, they want to ensure that any future offerings can flourish in an American climate the same way as yakteen. “It feeds into the global question that we all are asking ourselves today, which is how to design a better food future, [one] that is truly sustainable, not just saying ‘sustainable’ for the sake of the fancy word,” says Sansour. “It is going to require experimentation, trial and error, and a commitment to relationships—to all living beings, soil and seeds included.”

This is great! I remember eating them as a kid in the occupied West Bank. They are a delicious squash when picked small and stuffed. Just wish I could buy some seeds. The site is already sold out!

WOW!!! I am so excited to grow Yakteen in my garden. They are delicious stuffed with rice and meat, a traditional Palestinian dish. Thank you for sharing the beautiful Palestinian culture and keeping it alive. May your efforts be blessed abundantly.

Just how invasive is this new gord kufzu going to be?