They fear getting sick, for good reason. 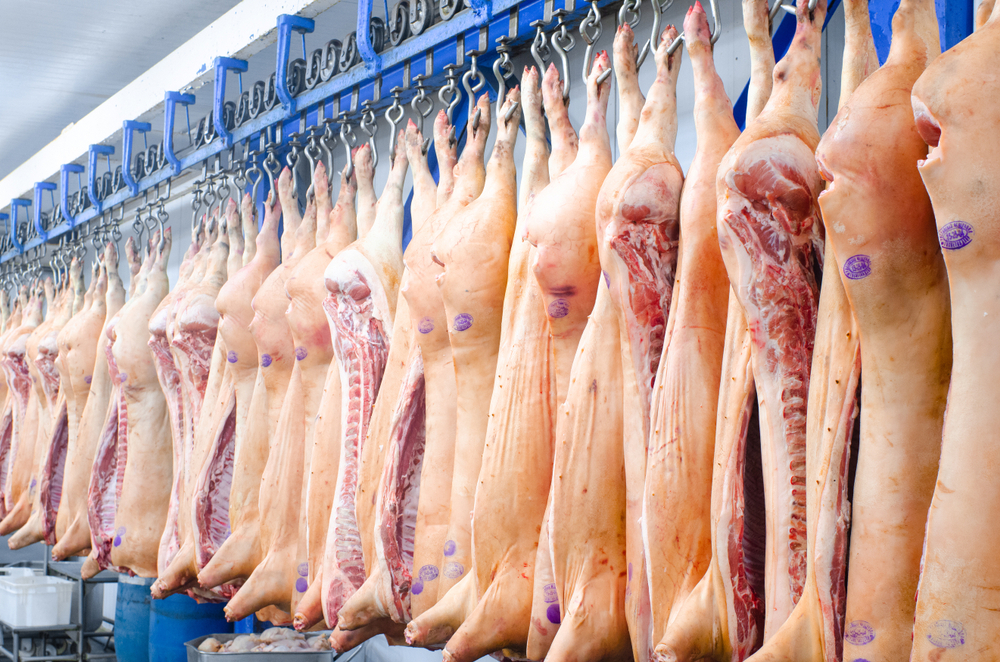 Meatpacking plants have been declared essential, but they’ve also proven to be disastrously fertile contagion zones for the spread of COVID-19.

Since the beginning of the pandemic, the corporations that own these plants—there are very few of them, these days, due to corporate mergers and acquisitions—have implemented some safety measures, including partitions, masks, and temperature checks. But Reuters reported this week that those measures have not assuaged the fear of workers. A union told Reuters that between 30 and 50 percent of meatpacking plant workers were absent last week; pork production was reported as down 45 percent during the period when plants closed en masse to institute safety changes, and remains down in double digit figures now.

Reuters spoke to “more than a dozen” people involved in the labor side of meatpacking, including workers and union representatives, who said there is widespread fear among workers due to the danger of the job and the response of the plant-owning corporations. That response was often criticized as far too late, resulting in thousands of infections and dozens of deaths so far. In a Smiethfield plant in Sioux Falls, one of the first huge ones to shut down due to the virus, Reuters reports that about 1,200 workers (a third of the workforce) are absent.

In April, reports the National Employment Law Project, the Trump administration approved the requests of 15 large poultry plants to increase their line speeds. This was issued, says the report, “under cover of darkness,” with no public announcement, though there was some reporting. Increased line speeds are widely associated with danger both to workers, who suffer from a higher risk of injury, and for risks of foodborne illness in the product. It is a very curious time to be taking steps linked to decreased worker safety in a time when workers are fearful to even go to work.

The New York Times also reported that pork exports to China spiked in April, despite major companies warning the public of shortages. Those companies say much of that meat was produced prior to the COVID-19-related shutdowns, and that a large percentage of the exports were those with a large market in China and a small one in the United States, including whole hogs and offal. The implication is that these companies—Smithfield is specifically mentioned—are claiming that they need to keep plants (unsafely) open in order to feed Americans, while actually shipping that pork to China for higher profits, a process that has been noted before.

People generally don’t want meatpacking plants anywhere near where they live, but this out-of-sight, out-of-mind approach to meat production isn’t working well for us right now.