Meatpacking Plants Appear to Be Hotbeds for COVID-19 Outbreaks

Let’s examine one of the biggest meat producers: Tyson Foods. 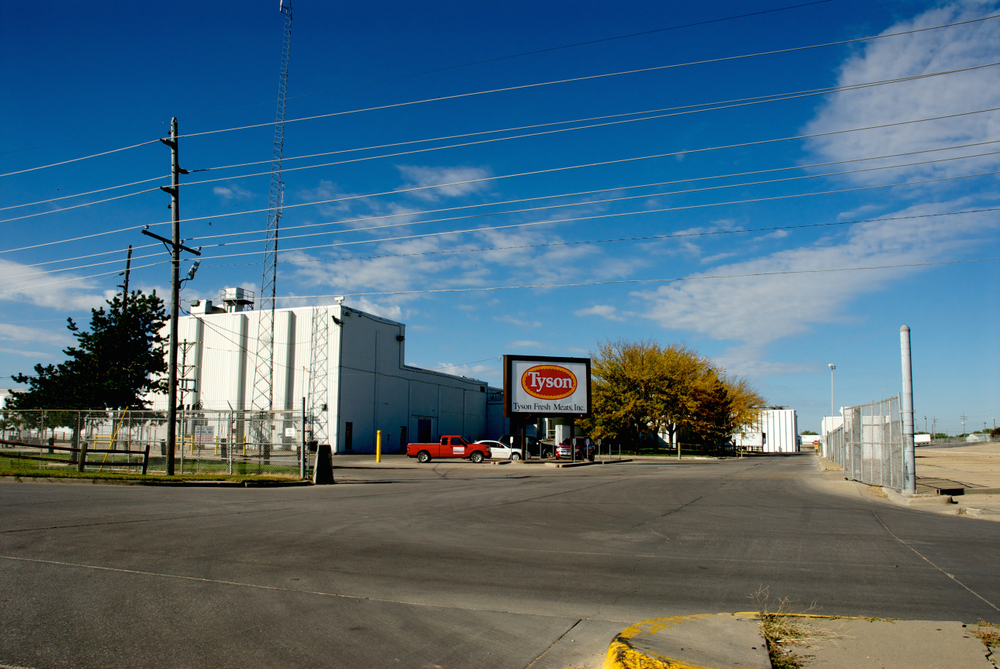 Meat processing facilities are emerging as one of the largest and most concerning hotspots of the COVID-19 virus.

Today we’re going to look at one company: Tyson Foods. Tyson is not the only one of the large meatpacking corporations to struggle with COVID-19 outbreaks at its plants; we covered one at a Smithfield facility recently. But Tyson is a good example of how these essential operations can be absolute epidemiological disasters.

Tyson is one of the largest meat producing companies in the world, focusing on poultry, beef, and pork. Let’s go through some news!

Nearly 200 workers at a Waterloo, Iowa pork plant tested positive for COVID-19; it is the company’s largest pork processing plant. Tyson announced Wednesday it will shut down that plant, though the mayor of Waterloo declared the move “too late.”

In Wallula, Washington, a plant, which processes beef, turned up about 100 positive COVID-19 tests. One of the plant’s 1,400 workers has died from the virus. Tyson is also shutting down this plant temporarily while the company secures testing for all its employees.

A pork processing plant in Logansport, Indiana, which employed more than 2,200 workers, shut down after at least 146 of those workers tested positive for the virus. This was a voluntary shutdown, though the Cass County board of commissioners voted to close it down, and the company accepted. This plant had previously closed down for a day of “deep cleaning and sanitizing” on April 20th.

A poultry plant in Henderson County, Kentucky, apparently has at least 62 positive cases of COVID-19. This plant has not, at the time of writing, closed, and Tyson told WJCT that they are instituting protective measures including taking temperatures, using masks, and installing dividers.

Another poultry plant, this one in Shelbyville, Tennessee, shut down on Thursday after an as-yet precisely undetermined number of positive results. On Tuesday, a union representing workers from that plant placed the number of positive tests at 79, and demanded the plant be closed. In a statement, Tyson acknowledged the shutdowns, saying that it had instituted protections for workers either before or in excess of the CDC’s recommendations, and that the company is working on figuring out how to know when it can resume operations.

Every single one of these shutdowns happened this week.

This is, again, not to single out Tyson: Smithfield, JBS, Cargill, and other huge corporate meatpackers have also all shut down major processing plants in the past week, and Tyson’s willingness to close these plants en masse is, if anything, a good thing. But the larger picture is frightening. None of these plants produce more than a couple percentage points of the nation’s total, but it adds up, and what it adds up to is a major halt in this country’s production of meat. There have been so many COVID-19-related slaughterhouse closures, that the Counter is compiling a map of all of them.

These plants are simply awful places to avoid a wildly contagious virus; clearly none of the protective measures any company has attempted have really worked. As with other elements of American life, COVID-19 is showing and enhancing the problems in the meatpacking industry, which has long been associated with poor working conditions.

I find it strange that this is well known fact in meat packing facilities unsanitary working conditions have been mostly ignored by the Powers that Be,the government entities FDA,are just now clamping down… thought that was their job, Protecting public health ????