The Buzz Over High-Tech Beehives

Although pollinators are responsible for one-third of the foods we eat, their survival is threatened.

Researchers placed small microphones in alpine meadows to record the buzzing of bees. According to the 2017 study, the acoustics allowed scientists to gauge the number and species of bees in the meadows. Researchers hope that farmers could place microphones in their fields to monitor the pollination of fruits, vegetables and nuts and, in the absence of sufficient bee activity, rent additional hives.

For $199, beekeepers can attach sensors to their beehives that monitor sound signatures, which can signal issues like missing queens, swarming and parasites. The BuzzBox hive health monitor sends alerts via smartphone app if something is amiss. “Early detection is the next best thing after prevention,” says Aaron Makaruk, co-founder of OSBeehives, the start-up behind BuzzBox.

Chemical treatments are the first defense against the Varroa mites that decimate bee colonies. Czech beekeeper Roman Linhart designed a beehive with a rooftop solar panel that heats up the interior of the hive to temperatures that can be tolerated by bees but not Varroa mites. A 2016 crowdfunding campaign raised more than $70,000 for the project; the patented hives were sent to backers who pledged at least $650. The Thermosolar Hive isn’t yet available to the general public.

If honeybee populations plummet, drone pollinators could pick up the slack. Designs for robot bees are varied: Japanese scientists retrofitted a drone with gel-coated horsehair bristles to collect pollen grains, while the RoboBee developed at Harvard University has flapping wings. The working prototypes are a good “plan B,” according to Shashi Shekhar, a computer science professor at the University of Minnesota. “If there are unanticipated surprises or if other measures of protecting bees aren’t effective and we have a real shortage of bees in the future, we’ll need artificial pollinators,” says Shekhar. 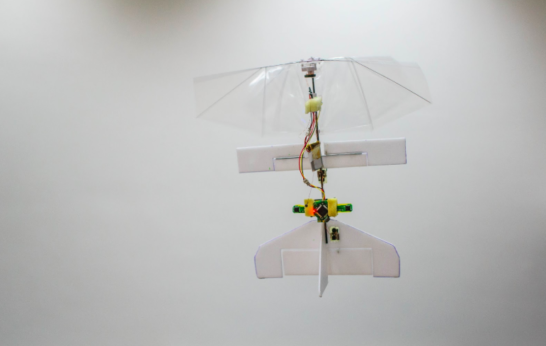 Popular
7 Smokable Plants You Can Grow That Aren’t MarijuanaBrian Barth
Record-Breaking Egg Profits Prompt Accusation of Price GougingClaire Carlson, The Daily Yonder
Could New York Become the Mushroom State?Sara Foss
6 Differences Between Llamas and AlpacasAndrew Amelinckx
Hell in High Water: The Story of Devils Lake, North DakotaSharlene Breakey
Explore Modern Farmer
Related
Animals
4 New Studies are a Buzzkill for BeesGloria Dawson
Animals, Technology
5 Strange but True Scientific Studies Involving BeesAndrew Amelinckx
Animals, Plants
A Bee Hive Grows in BerlinMolly Hannon
Lifestyle, Technology
5 Coolest Farm RobotsJesse Hirsch
wpDiscuz
We use cookies on our website to give you the most relevant experience by remembering your preferences and repeat visits. By clicking “Accept”, you consent to the use of ALL the cookies.
Cookie settings ACCEPT
Privacy & Cookies Policy