A Bee Hive Grows in Berlin

Germany is in throes of a local honey revival, and we talk to one woman leading the charge. 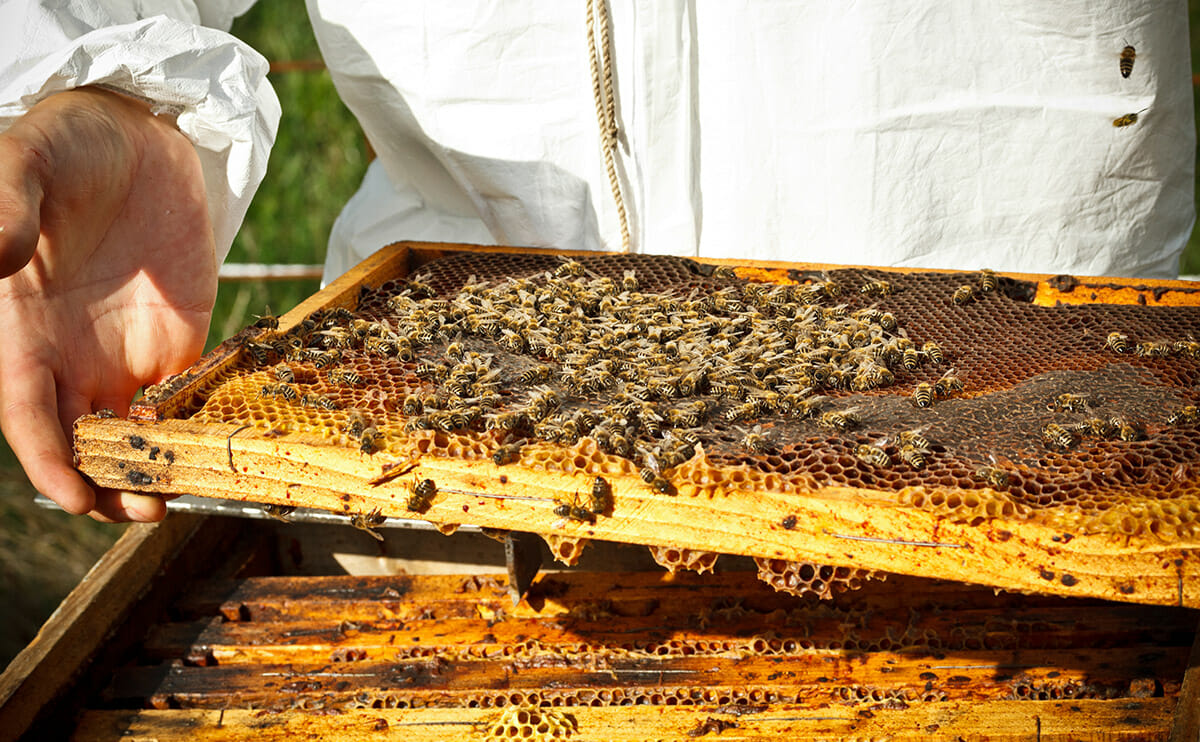 Before the fall of the Berlin Wall, the country’s Communist government subsidized honey production and exported whatever it produced, leaving East Germans like Mueller with coarsely crystallized, honey-flavored sugar.

Now, Germany is in throes of a honey revival, and people like Mueller are one reason why. In 2008, she founded Berliner Honig, an association of local beekeepers that is now producing single-source honey and changing the way the German community thinks about honey. Berliner Honig is testament both to Mueller’s past and her passion for what she couldn’t have as a child. The association brings together local beekeepers that produce single-course honey, which is 100 percent natural – no filters or mixtures in sight.

But Mueller’s impetus was time she spent near Baltimore while working as a computer programmer. It was there she discovered local artisanal honey.

“You could say I fell in love with the taste,” she says. “Soon artisanal honey became a staple in my kitchen.”

When she got back to Berlin, Mueller says she expected to find a good local honey at the supermarket. After all, East Germany was long gone. But she was disappointed. Instead, she learned that 80 percent of the honey consumed in Germany is now imported, ironic since Germans are among Europe’s largest consumers of honey (6 pounds per person per year). Still, the majority of German honey was being exported, with cheaper local honey imported from Portugal, Mexico, Argentina, and even China.

Worse, the honey coming in wasn’t much good. “As a rule the imported honey is actually mixtures of different honeys from EU and Non-EU countries,” says Mueller. There was no comparing the imported honey to the artisanal kind she’d grown accustomed to in the U.S. The imports, she says, “lacked flavor and aroma.” 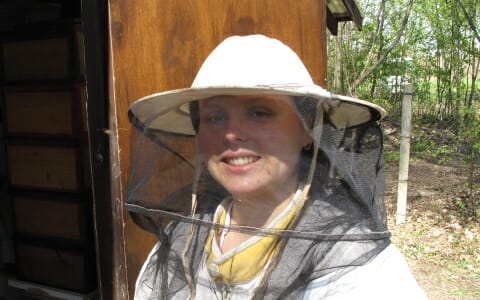 In 2008, eager for change, Annette, who was living in Berlin, became a beekeeper. The decision put her in touch with local beekeepers. “I learned that we lost almost 30 percent of our bees over the last 10 years in Germany. Today the average beekeeper is around 75 years old and there is in most cases no one in line to succeed them. Despite the Germans being record honey consumers, there are actually only very few professional beekeepers in Germany. All the big, famous honey bottling companies in Germany either own apiaries abroad, or are packing cheap imports.”

Moreover, the way honey is marketed to Germany consumers is a race to the bottom. Quality is low and prices high. Honey branding and marketing tends to favor large, importing packers, such as Tuchel & Sohn, Breitsamer & Ulrich, Walter Lang Honigimport, or Gepa Fair Handelshaus.

This makes it difficult for customers to distinguish between local or imported honey. Companies like Tuchel & Sohn are adept at blending and filtering honeys from all over the world, mixing local and imported honey. It was the current state of honey and the lack of knowledge available to the public that prompted Annette’s decision to begin Berliner Honig, whose goal is to have more bees and ensure pollination by increasing local honey production.

Today, you can find Berliner Honig’s trademark bottles at big chain German supermarkets such as Karstadt, as well as in small organic Biomarkts and cafes, including the British-run Hudson Cakes in Kreuzberg. The push to support local food is part of a growing sentiment of German pride in local food culture, including a strong desire to reconnect with the land and its producers.

Berliner Honig is evidence of this trend, but also highlights the past and exposes the current state of honey. If the company is successful, it will be because they can use honey to re-educate people about taste, history, and the politics of food, both in Germany and abroad.

Meanwhile, Mueller continues to tend her hives. Bees are buzzing again in Berlin, and that’s victory enough for now.