NAFMNP is funding 30 extra days to (hopefully) figure out a long-term solution. 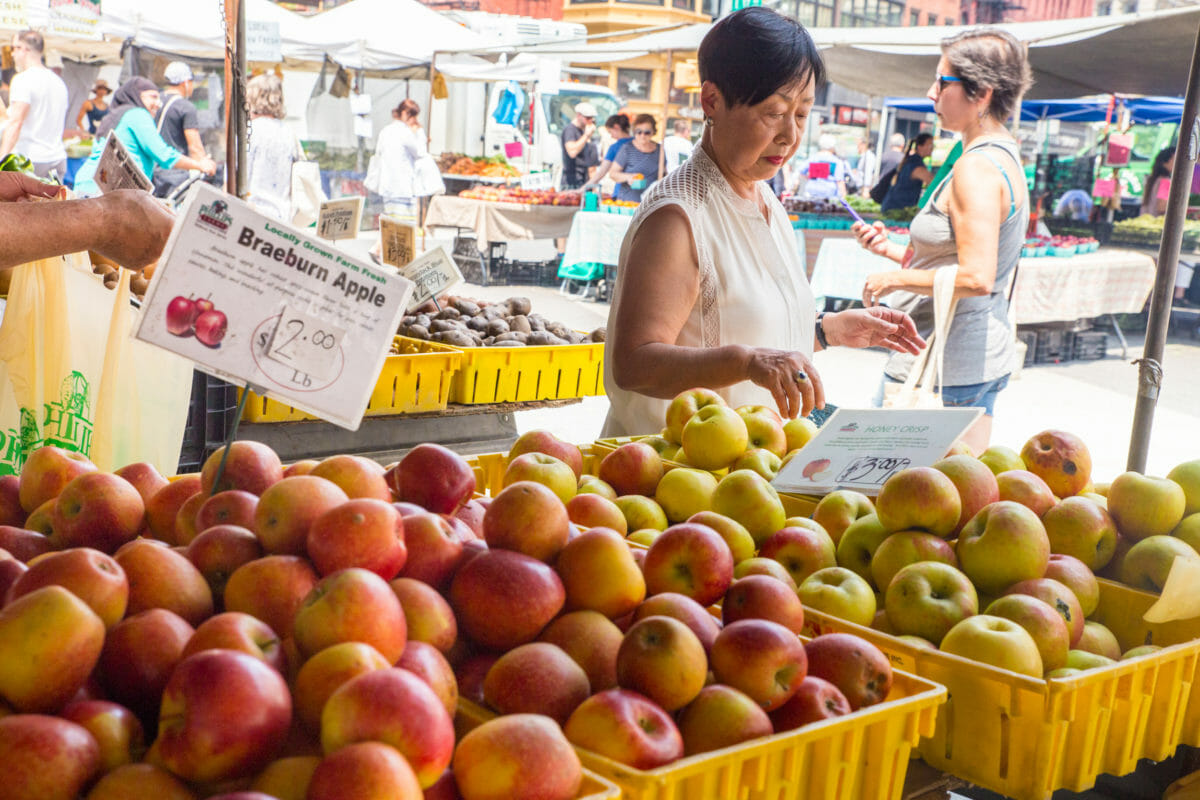 Farmers markets will be losing their ability to accept SNAP benefits, better known as food stamps, due to a change in governmental contracts.
Photography By LittleNYstock / shutterstock.com
Share
Tweet
Pin
Email
359 Shares

It’s a complex machination, and you can read the full summary of how it all works here, but the basics are: The USDA has, for several years, given a contract to a private company to allocate money to help farmers markets accept SNAP payments. Paying with SNAP benefits, which are made via an electronic benefits card, is similar to using a debit card, but on a different system. The Farmers Market Coalition, which is the previous holder of this important contract, supplied free equipment and paid for the fees associated with processing these payments. The biggest of those processing companies is called Novo Dia; it’s used by the entire New York City greenmarket system, which earns over $1 million from SNAP at farmers markets each year, for example.

The USDA changed that contract last year, taking it from the Farmers Market Coalition and awarding it to a completely unknown company called Financial Transaction Management, LLC, which was formed merely weeks prior to the contract being awarded. Novo Dia, after a long period of struggling to contact FTM, was recently told that it would not be part of FTM’s future plans and that that grant money would stop flowing to Novo Dia, making it financially impossible for Novo Dia to continue supporting farmers markets. Novo Dia reluctantly announced that it would be forced to shut down on July 31st.

FTM has not yet announced any sort of alternative, and a statement from the USDA earlier this week implies that farmers markets will soon be asked to pay for their own equipment and processing fees – something that most markets cannot afford. With a shutdown of services looming on July 31st, outrage from farmers, those concerned with the health of low-income families, and anyone with any sort of basic human empathy spilled out over the internet.

In response, the National Association of Farmers Market Nutrition Programs (NAFMNP) has stepped in to ease the transition by agreeing to support Novo Dia for 30 more days, hopefully allowing some kind of alternative (or change in policy) to emerge. NAFMNP is a non-profit that supports farmers and farmers markets by facilitating benefits transactions. They were involved very early on in the efforts to bring SNAP and farmers together, having created MarketLink, which is the first set of services that enabled farmers to accept SNAP. MarketLink is still around, acting as a sort of go-between from farmers to whoever holds that contract – previously the Farmers Market Coalition, and now, theoretically, FTM. After NAFMNP got that ball rolling, the USDA handed the contract to the Farmers Market Coalition to continue to grow the program.

FTM was awarded $1.3 million to take over from the Farmers Market Coalition. It’s estimated that over $22.4 million worth of SNAP money was spent at farmers markets in 2017, a valuable and rapidly growing income source for farmers.

NAFMNP will provide 30 additional days of funding to keep Novo Dia’s app, which is called Mobile Market Plus, functional, but everyone involved is very careful to note that this is a temporary fix, one designed to keep benefits active during the height of the growing season in much of the country. NAFMNP cannot, nor should it really have to, keep funding the processing indefinitely; it is the government’s responsibility to ensure that low-income people have access to healthy food and that farmers have access to this segment of the market.

Phil Blaylock, executive director of NAFMNP, says that all involved parties are working rapidly right now to figure this out. “While we gave a short short-term solution, there is a group behind us of our member stakeholders that are fixing a longer short-term solution, followed by a long-term solution,” he said. “We’re having to do this in steps primarily because of the machines of government.” Blaylock wouldn’t give any more detail, as the deliberations are still in progress, but he is optimistic that there will be a way to avoid a shutdown, if not an elegant one.

Blaylock says that this outcome was not opaque and that those involved have known for months that this sort of scramble was likely. FTM, the company that is tasked with and has so far failed to publicly present a solution, was founded merely weeks before it was awarded the contract and is listed as having a single employee, Angela Sparrow (who has not responded to repeated requests for comment). “I’ve been going to conferences in this area for 20 years, and I’ve never even met Angela Sparrow,” says Blaylock. “And I know everybody.”