Tens of Thousands of People Are About to Lose the Ability to Buy Fresh Food at Farmers Markets - Modern Farmer
Food & Drink, Lifestyle

I know we're saying a lot these days, but for real: this is infuriating and insane. 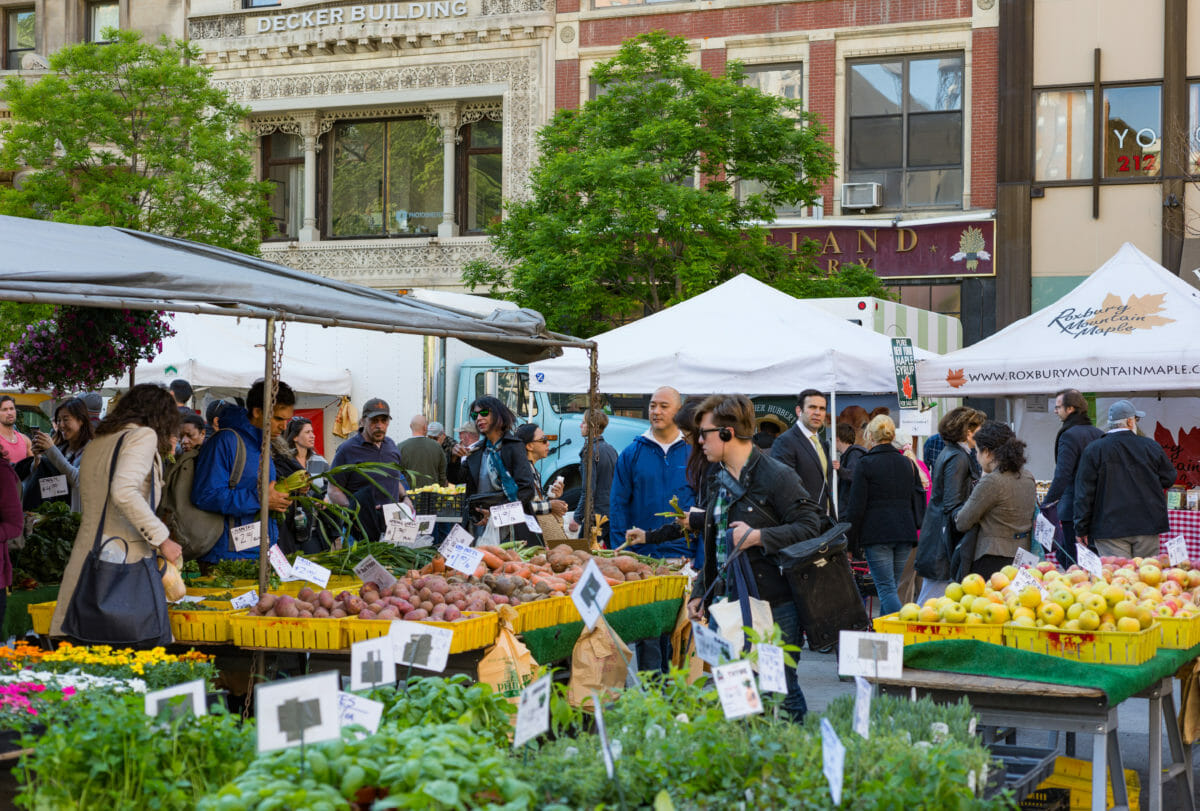 The Washington Post reports that a large percentage of those using SNAP benefits at farmers markets – tens of thousands of people – are about to lose that ability. The likely date for the shutdown is July 31st, right in the heart of the growing season for much of the country’s farmers. This is a disastrous screw-up on the part of the federal government.

Farmers markets are a huge and growing supplier of healthy food to those using SNAP benefits, better known as food stamps. In New York City alone, an estimated $1 million per year is spent at farmers markets using SNAP. Many cities and states have additional benefits; in New York, for example, SNAP users get an extra two dollars to spend on produce for every five dollars spent at the farmers markets.

How Farmers Markets Have Been Accepting SNAP Benefits

To describe how a consumer can use SNAP at a farmers market, let’s look at New York City, which is very large but otherwise comparable to most markets. In order to pay with SNAP at New York City markets, people have to head to an information tent and swipe their EBT card, which is essentially a debit card for SNAP benefits. In exchange, they’ll get wooden tokens, which are accepted by almost all vendors at every market. (The exceptions: alcohol and cut flowers.)

There is a special bit of hardware and software required for that EBT swipe; it’s not anything complicated, but it is separate from, say, a credit card point-of-sale machine. The USDA does not actually make either the hardware or the software. Instead, they give a large contract to an organization, and that organization decides on one or several tech companies that will actually provide the software. There are a few different companies who make that software right now, but the biggest is a company called Novo Dia, which supplies over 1,700 farmers and farmers markets.

The hardware – the actual swiping device – is usually something basic, like an iPad, which is provided to the markets by grants. Grants also allow the farmers markets to pay the processing fees for the software tech companies (just like a retailer has to pay a percentage fee to a credit card company).

For years, the middleman organization was the Farmers Market Coalition, a national nonprofit that promotes and helps farmers market. If you have to have a middleman, the FMC makes sense.

Now, A Brand-New, Virtually Unknown Company is Taking Over the Contract and Changing Everything

Novo Dia, whose farmers market software is called Mobile Market Plus, is a vital, if mostly unknown, way for food-insecure people to get healthy food. Among its 1,700 customers is the entire New York City Greenmarket system. “Our assumption was that we would be able to, for lack of a better word, bid on [the government contract], or at at least be contacted [about our services],” said Josh Wiles, president of Novo Dia. “And we weren’t.” Financial Transaction Management did not initiate any communication with the biggest provider of the service it was tasked with managing, and in fact Novo Dia did not even manage to speak with them for weeks after the contract was awarded.

About a month ago, says Wiles, it became clear to Novo Dia that it would not be part of Financial Transaction Management’s plan going forward. Without that, Novo Dia’s customers would not be able to afford its fees, and Novo Dia would have no way of making money from Mobile Market Plus. In an interview, Wiles seemed crushed by this; he says they tried for weeks to figure out how to keep providing this service, but with no money coming in, it doesn’t seem possible. Money Market Plus will, unless something crazy happens, be shut down on July 31st.

“Basically, there is not another way to use SNAP at markets,” said Catherine Crawford, who works in communications at GrowNYC, the organization that manages New York City’s farmers markets. Theoretically, the market could take down an EBT number by hand, but the time required to actually check an EBT balance makes that an awful option. “It’s really not at all feasible for markets that are our size or volume. It’s what we do if our app is down for 20 minutes, but it’s not at all a real solution,” said GrowNYC’s Cheryl Huber.

So what is Financial Transaction Management’s plan? Starting on July 31st, there will essentially be no way for people to use SNAP at farmers markets. And in much of the country, this is the time when the markets are at full force: not just important for customers, but also for farmers who rely on that income.

According to the Washington Post, Financial Transaction Management will begin accepting applications for new equipment and processors on July 14th. It will likely take a few weeks to even select an applicant, and then more time to get the new equipment and software out to the markets. Financial Transaction Management has said absolutely nothing about its future plans, why it has chosen not to continue using a tried-and-true system (even just to prevent a gap in service), or when SNAP benefits will actually work at farmers markets again.

The USDA has not replied to requests for comment. Neither has Angela Sparrow or Financial Transaction Management. We will update this with any new information if/when it comes in. In the meantime, those who need it most are about to lose access to healthy food.

UPDATE: On Monday, July 16, the USDA issued a statement on this topic, though it doesn’t do much to clarify what is actually going. Read our analysis here.

1 Comment
Most Voted
Newest Oldest
Inline Feedbacks
View all comments
FOR THE LOVE OF FOOD: The health value of friendship, the trouble with the carbohydrate-insulin model, and the sad state of the EPA | Nutrition & food

[…] Tens of Thousands of People Are About to Lose the Ability to Buy Fresh Food at Farmers Markets – This is an outrage. This wasn’t a policy decision, but another example of an important government contract given to a company that is completely unequipped to handle it and failing spectacularly. Ugh. (Modern Farmer) […]

Popular
7 Smokable Plants You Can Grow That Aren’t MarijuanaBrian Barth
New Solar Panels Allow Farmers to See the LightNaoki Nitta
6 Differences Between Llamas and AlpacasAndrew Amelinckx
Goat Sex: Everything You Wanted to Know But Were Afraid to AskAndrew Amelinckx
The Cold Swim HomeMarcie Callewaert
Explore Modern Farmer
Related
Books, How-To, Lifestyle
How to Turn Your Garden Into a Business, No Matter the SizeEmily Baron Cadloff
Aquaculture, Technology
Can Interactive Mapping Tools Guide Shellfish Restoration?Bridget Shirvell
Lifestyle, MTMF
Meet the Farmer Helping Black Kentuckians Return to Their Agricultural RootsKelly Magyarics
Animals, Health, news, Technology
First Vaccine for Honey Bees Approved by USDAEmily Baron Cadloff
wpDiscuz
We use cookies on our website to give you the most relevant experience by remembering your preferences and repeat visits. By clicking “Accept”, you consent to the use of ALL the cookies.
Cookie settings ACCEPT
Privacy & Cookies Policy