Supermarket Food Waste: What’s Most Likely to Get Tossed? 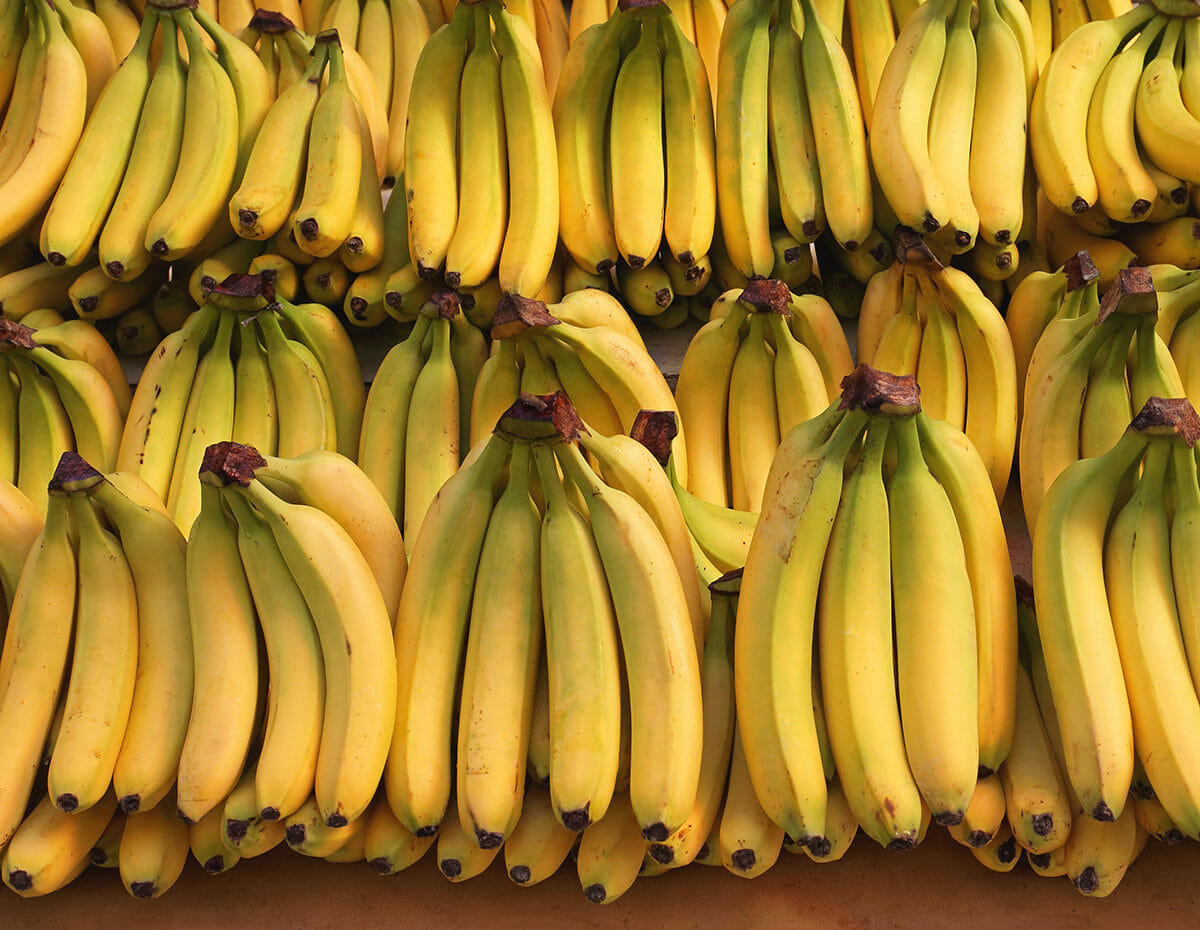 Many people would consider these bananas the be the perfect level of ripeness. But bananas are actually good at almost any color, and the preference for a perfectly yellow fruit is a major contributor to food waste.
Photography By Baloncici / Shutterstock.com
Share
Tweet
Pin
Email
650 Shares

Worldwide, the amount of food that’s produced but goes uneaten is nearing a staggering 50 percent. And while we know that meat produces the worst, most destructive food waste for the planet, fruits and vegetables, sadly, don’t get a pass.

A new study from Karlstad University, in Sweden, measured the country’s supermarket food waste, then extrapolated the environmental impact of that waste. Their findings confirm what we’ve seen in studies for years: the banana is wasted more than just about any item.

A primary problem with the banana is a perceived window of ripeness by the customer – the key phrase here being “perceived.” While many people only want to eat spotless, yellow bananas, they’re actually edible from bright green to completely black. But dark bananas aren’t necessarily bad: as the fruit ages, bacteria turn starch into sugars – and the peel turns from green, to yellow, to black. So, the older – and darker – the banana, the sweeter the taste. A green banana will be starchy; a yellow banana a tad sweeter; yellow with black spots a bit more sweet; and a fully black banana, though mushy, has the highest sugar content of all.

RELATED: Easily Grow Lettuces and Herbs in a Container at Home

But the predominant way a banana is eaten is fresh and raw, and customers generally prefer a firmer banana – either completely yellow or even with a tinge of green around the ends. That means that perfectly edible bananas that don’t happen to meet these standards are continuously tossed by supermarkets that can’t sell them. According to this study, the banana provides the most food waste in terms of weight and environmental impact. (Bananas have a mixed record environmentally; they do not require packaging and are grown in sunlight rather than requiring energy-sucking indoor lights, but also require lots of pesticides. There are also huge human rights issues on banana plantations, which, although it’s a major issue, we’re not going to get into here, as it’s not really under the purview of this study.) Apples, tomatoes, grapes, sweet peppers, and pears also make up a large chunk of supermarket food waste.

RELATED: 7 Links Between the Food on Your Plate and Our Changing Climate

What’s interesting about this research is that it also looked specifically at the economic value of supermarket waste – not just what’s thrown out in terms of sheer weight. In terms of money lost by the business due to food waste, the major culprits are cut greens, which go bad incredibly quickly (specifically, lettuces and fresh herbs).