What's the carbon footprint of your dinner? 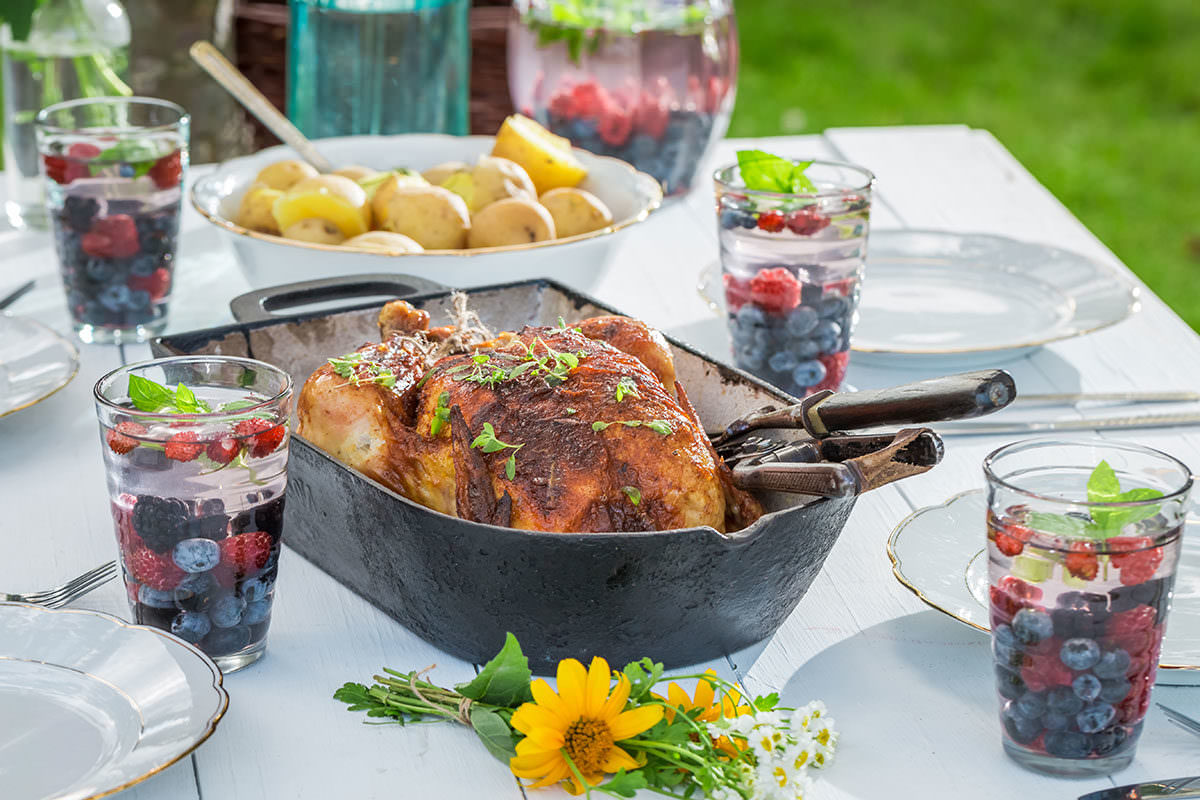 “Certified organic” does not necessarily equate to “climate friendly.” While there is some evidence that organic techniques produce as much as 40 percent fewer GHGs on average than conventional productions systems, other studies have found it be more or less a wash between the two. While scientists continue to debate the matter, it’s important to realize that the organic standards were never intended to minimize GHGs – they’re focused almost exclusively on eliminating synthetic chemicals from the food supply.

There are many other factors that determine the carbon footprint of a meal, which have nothing to do with whether it was produced on an organic farm. For example, veggie burgers, whether organic or not, produce much fewer GHGs than bacon cheeseburgers. Biscuits made from wheat produced on a “no-till” grain farm are likely to have a lower carbon footprint than those from tilled wheat, even if the former is conventional and the latter is organic. And certainly, organic mangos from Brazil are much less climate friendly than apples from your neighbor’s backyard, simply by virtue of eliminating transportation emissions.

The climate implications of food are complex, poorly understood, not well quantified, and not reflected in any of the popular eco-certifications out there. That’s surprising given that the food system, by some estimates, is responsible for up to 29 percent of GHG emissions globally (more than transportation, energy production, or any other human endeavor).

Below are some of the connections between food choices, production methods, and climate change that, arguably, deserve much more attention.

Health nuts love their fruit smoothies in the summertime. Assessing the carbon footprint of strawberry-banana-almond versus blueberry-orange-yogurt is tricky, but here’s a few thoughts to chew (or slurp) on.

A Trip to the Salad Bar

Foodies snap up those plastic clamshells of organic microgreens like they’re going out of style. Turns out other vegetables maybe a better choice for a carbon conscious diet.

Wheat may be out of style among health-conscious folks these days, but feel free to reach for bread – grains, as a group, have very low carbon footprints.

By some estimates, rice cultivation produces 10% of all agricultural emissions worldwide.

Virtually every analysis agrees that plant-based diets have far fewer emissions than meat-heavy ones, on a roughly two-to-one basis. But not all meats, or vegetarian staple foods, are equal.

Desserts tend to include a combination of food groups – centered on fruit, nuts, grains, and tropical specialties like chocolate, cinnamon, and vanilla – so it’s fairly easy to extrapolate their GHG impacts from the information above.