March Policy Round-Up: 5 Important Stories You May Have Missed

In which Donald Trump takes bee activists on a roller coaster ride - and much, much more! 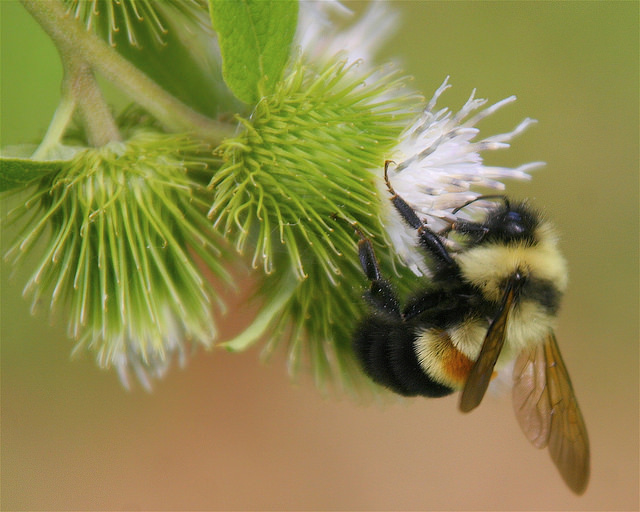 Though it’s not exactly earth-shattering news, we still don’t have a secretary of agriculture, not officially anyways. Sonny Perdue, Donald Trump’s nominee to head the USDA (the only cabinet-level position yet to be filled), is moving through the confirmation process at a snail’s pace; he finally appeared before the Senate Agriculture Committee last week for his first hearing.

The EPA is slated for the largest cut of any agency – a whopping 31 % – which would be achieved by completely eliminating 50 programs.

The 2 ½-hour hearing was breezy and light compared to those of virtually every other one of Trump’s cabinet nominees – Perdue is easily the least controversial among them. Though he was known for a few ethical lapses while governor of Georgia, which have been heavily publicized in recent weeks prior to the hearing, these didn’t even come up at the hearing. Apparently, Perdue spent much of February and March taking steps to disentangle himself from his numerous agribusiness interests at the request of the Office of Government Ethics, which is why his hearing was delayed.

There is little doubt that Perdue will be confirmed as the next USDA secretary, the question now is when. It’s unclear whether the Senate will schedule a vote on the matter before they depart for a two-week spring break, meaning the USDA is likely to remain without a boss until late April.

Here are few other events from the world of food and agriculture policy – more newsworthy than the machinations of the senate confirmation process, I assure you – that you might have missed this month.

This month the President released his proposed budget for fiscal year 2018 (which begins in October 2017), which includes a big bump in funding for the military, homeland security, and veteran’s affairs, all paid for with massive budget cuts to almost every other federal agency. It’s important to keep in mind, however, that this is a proposed budget – Congress is under no obligation to accept it, and heavy criticism has already erupted from both Democrat and Republican ranks.

The EPA is slated for the largest cut of any agency – a whopping 31 percent – which the administration proposes to achieve by completely eliminating 50 programs, including some that oversee cleanup of water pollution caused by agricultural runoff in areas like the Great Lakes and Chesapeake Bay. Major cuts are also proposed to the Office of Research and Development and the Office of Enforcement and Compliance, which both play a significant role in reducing toxins on farms and in the food supply.

The USDA stands to lose 21 percent of its budget if the Trump administration has its way, though major programs like SNAP (food stamps), crop insurance, and crop subsidies were spared. Instead, the proposed cuts are spread widely across numerous lesser known programs, with few details given as to exactly how they would be applied. The budget proposes a 50 percent cut across the board to “discretionary funding” – essentially the money each branch of the USDA has available to spend as it sees fit to fulfill its mission – including programs related to food safety, rural development and conservation funding, research grants and international food aid.

The rusty patched bumblebee, once a common species throughout eastern North America, became the first bee to be placed on the endangered species list this past January, as it has now disappeared from 90 percent of its historic range. Or so bee activists thought.

The decision, made in the twilight days of the Obama administration, was hailed by environmentalists as a major step forward in fighting the epidemic loss of pollinators nationwide, because once a species is listed as endangered the federal government is compelled to take measures to protect it – which could have far-reaching implications on matters such as pesticide regulations.

The rusty patched bumblebee, a significant pollinator of agricultural crops, was scheduled to officially join the ranks of the endangered species list on February 10th. But on February 9th, the U.S. Fish and Wildlife Service delayed the matter based on Trump’s Inauguration Day “freeze” of all Obama-era federal regulations that had yet to take effect. A few days later, the National Resources Defense Council sued the federal government for delaying the bee’s protection. Public outrage ensued, pressuring the USFS to lift the bee freeze, which it finally did on March 21st.

EPA Rejects Its Own Science in Favor of Harmful Insecticide

The reversal of the bee freeze may mean there is one less thing environmentalists have to worry about under Trump, but here is a new one: a proposed ban on chlorpyrifos, a common insecticide that was recently found to have deleterious impacts on human health, was overturned by the new head of the EPA, Scott Pruitt.

The chemical, which is used on an estimated 40,000 farms to treat insect invasions on about 50 different crops, was long ago banned for household use, but in 2012 new research suggested that even tiny quantities in drinking water could contribute to cognitive impairment in children, leading EPA scientists to launch their own investigation. Late last year, the agency recommended that chlorpyrifos be banned from agricultural use entirely, but no action was taken before the new administration took over.

Dow Chemical, who makes the insecticide, petitioned the new EPA chief to reject the recommendation of the agency’s scientists, which he formally agreed to on March 29th, issuing a “final agency action,” – which essentially says the matter will not be revisited again until 2022.

Republicans have long dreamed of a way to avert new government regulations that they see as a threat to the free reign of business interests. Various forms of blanket legislation intended for that purpose have been floated over the years, though the word on Capitol Hill is that a new one – the Regulatory Accountability Act – has a chance of passing now that Republicans control both Congress and the White House.

According to Politico, the legislation is designed to “add new obstacles for agencies to overcome before enacting economically significant rules, require them to choose the most cost-effective alternative, and give judges more discretion to block regulations when the regulated interests object.” The idea is that if a regulation will raise the cost of doing business, this law will prevent it from being implemented. The problem is that many of the most costly regulations for businesses are those of greatest importance to consumers – things like environmental protections, vehicle safety, and food safety.

So it’s not surprising that 150 public interest groups are lobbying against it (Politico says 600 business groups are for it), but it’s interesting to note that food and agriculture groups – who have dubbed the legislation the “Filthy Food Act” – seem to be leading the charge. After reports this month that the bill was gaining traction in the Senate, a dozen such groups (including Food Policy Action, the Environmental Working Group, Food and Water Watch, and the Center for Foodborne Illness Research and Prevention), sent a open letter to Congress members, which has been widely circulated as part of a media campaign to stop Regulatory Accountability Act from advancing.