Get Friendly with Helpful, Not Hurtful, Ground Bees

They don't live in a hive, don't make honey, and won't sting. Meet the insects helping to pollinate our crops from the ground up. 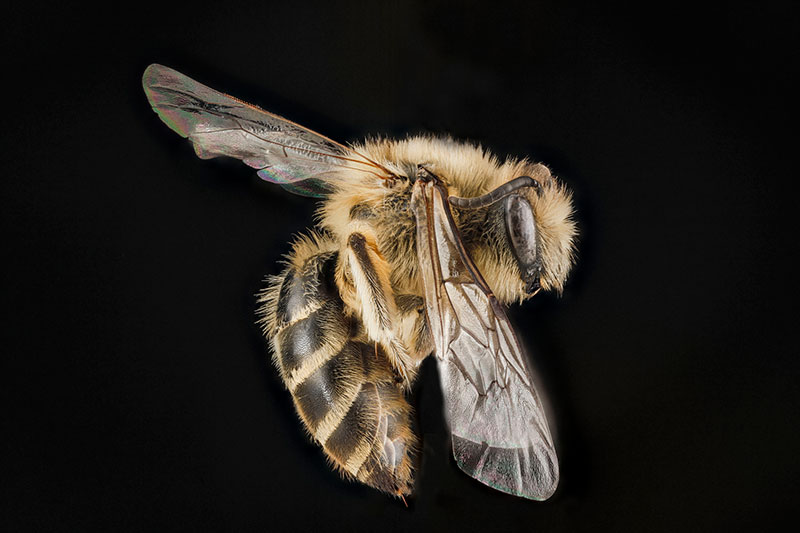 Each spring many people across the US become alarmed when ground bees emerge from small holes in lawns and gardens in late spring and early summer.

Although their tendency to hover over their nests might seem aggressive on first glance, experts say rather than reaching for insecticide, growers should be grateful. Those little native bees coming up from the soil aren’t likely to sting, and they’re excellent pollinators, especially for fruiting shrubs and trees.

First, an important clarification: Ground bees are not the same as yellow jackets, which are wasps that often make nests in the ground and impart a painful sting when disturbed. They’re also not honeybees, which were imported to the US from Europe several centuries ago. Honeybees make honey and are social insects who raise young together in a big hive. They can also sting.

Ground bees – a term that covers more than 70 percent of the 4,000-plus bee species native to North America – look a lot like European honeybees when seen in flight or on a flower, since they too have hairy, colorful, or black-striped bodies. But they don’t make honey. The males can’t sting, and the females are often very docile and don’t sting. And unlike both wasps and honeybees, native bees are solitary. One mom lays her own eggs and tends to her own nest in a tiny hole in the ground.

Yellow jacket nests and ground bee nests also look very different from each other. Whereas wasp nests have one central entrance hole an inch or more wide from which individual wasps frequently come and go, many ground bees come and go from tiny quarter-inch openings that look more like ant hills or teeny chimneys.

Ground bees of the genus Colletes, for example, find places where there is loose, open, poor soil, then dig holes and lay their eggs within inches of one another. But despite the dramatic numbers and the swirl of humming activity over the nests, there is nothing to fear. These bees have no queen or shared resource like honey to defend or protect.

“You can literally lie down in the middle of one of these native bee aggregations and you’re not going to be impacted,” says Sam Droege, a bee researcher with the US Geological Survey. “Nobody’s allergic to native bees,” he says. 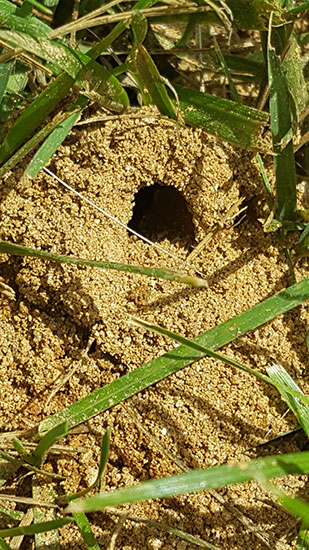 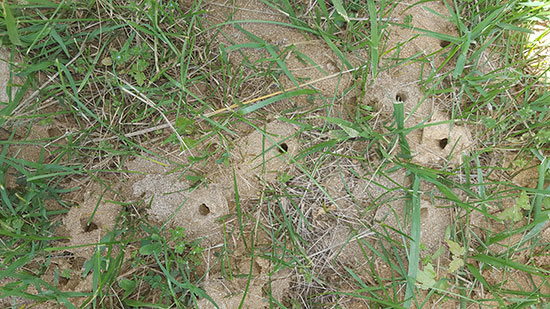 Many species of ground bees like to make their nests in close proximity to each other. Here, Colletes bees have made what scientists call an aggregation on the side of a hill in dry soil. Alison Gillespie

Your trees and shrubs will be impacted positively, though, if these bees show up in your growing space; Colletes bees are “big-time pollinators” Droege says, especially of apples, berries, and other woody plants.

In fact, bees from the genus Andrena, a type of ground bee sometimes called a miner bee, are treasured in orchards, says T’ai Roulston, a biologist with the University of Virginia’s Blandy Experimental Farm.

Some studies have found that even when honeybees are brought into orchards, miner bees remain the more common and sometimes the more dominant pollinator for fruit trees. This is especially true for smaller orchards, although Roulston notes that as the as the size of the orchard increases, the honeybee is more likely to dominate and do more of the pollinating.

Miner bees are also often found to be more effective at depositing pollen in the flowers than honeybees, Roulston says, which can lead to more fruit. 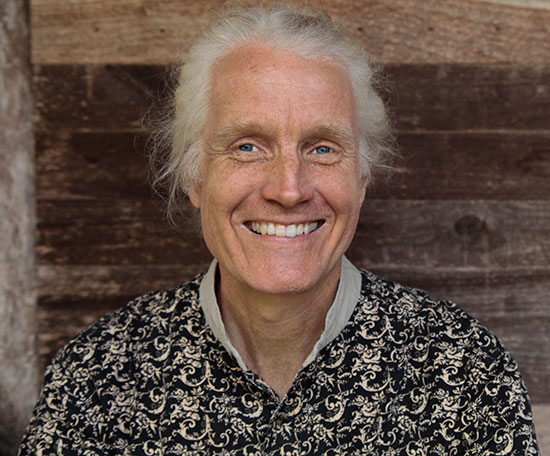 Sam Droege a bee researcher with the US Geological Survey. 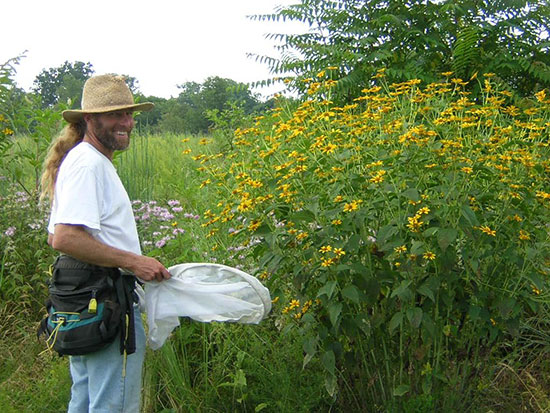 T’ai Roulston, a biologist with the University of Virginia’s Blandy Experimental Farm.

You might also find native squash bees from either the Peponapis and Xenoglossa genus living a solitary life in your garden if you plant squash or pumpkin plants, Roulston adds. Female squash bees will only collect pollen from day-flowering gourds and squash species, making them the dominant pollinator for those plants. What’s more, squash bees will travel as far as a mile searching for their chosen pollen-providing host plants, and then the females will nest on the ground right underneath of them.

“[Squash bees] are quite charismatic. And the males sleep right in the flower as it closes up at night.”

“They are quite charismatic,” Roulston says of the squash bee species. “And the males sleep right in the flower as it closes up at night.”

Over the years, both experts say they’ve met a surprising number of people who want information on getting rid of these helpful bees.

Since the majority of native bees like to nest in open, uncovered soil you could try enriching it with compost to discourage them from returning next year. Beefing up your lawn will help to make them go away, as will covering the soil with mulch sometimes, Droege says.

But why not embrace the beauty and the benefits of the many harmless native bee species? Unlike honeybees, these pollinators don’t need any tending or special equipment. And the species that like to hover around over the ground are often only out for a few weeks each year.

Those who get them should feel lucky, Droege adds. “They are really fun to watch,” he says. “You can take a picture and put it up on Facebook and be a hero.” (And speaking of photos, don’t miss the USGS Bee Inventory and Monitoring Lab’s database of amazing bee photography. Droege takes each photo by attaching a low-resolution camera to a microscope, according to the Wall Street Journal.)

“Be curious about them rather than afraid,” says Roulston. “They are doing a service for you while asking very little in return.”

Thank you for this article. I live in a condominium community and too many people are ignorant to the benefits of all bees. I’m a beekeeper and I’m always trying to educate people to the benefits of ground bees…they are harmless. All some people want is to call the exterminator and put pesticides down on the ground…it sickens me. So thank you again as I’ve used your article to help educate the board of directors and the condo management company.

Do these bees love water? We have some that we thought were honey bees but they love my pups little pool and hundreds of them at that. They don’t sting her or anything they just mind their own business. Just curious

We had two nests in our backyard. My grandson was helping me and didn’t see there nest in the ground near where he was and was stung and then chased by them. The same thing happened to my gardener and was stung several times. I had no choice but to have them exterminated.

I have a nest but only one not several
Also they are not solitary.
They are very tiny less than a quarter of an inch long
With polen on their legs as they come and go.

Ok. I have tried to do research and landed here and hope someone can answer my questions. First I have about 5-6 ground bee subspecies in nests living in the area of our “swamp”. I saw that miner bees like sandy soils. Our is NOT sandy. Second they are NOT yellow jacket wasps. Third they sting. I have had two separate people get stung 5-6 times when planting native (Pa,Berks county) pollinator friendly plants. Or pulling weeds. I do NOT want to kill them, of course, but I would love to know what kind they are. Both my hubby and… Read more »

I have a great colony of ground bees that I love. I leave their area of the garden undisturbed until they have completed their Spring cycle. My question is: can I dig/plant that area once they are completely gone or will that destroy the colony for next year?

I have had several nests in my yard for several years now but have never seen the bees go in or out but each spring they are opened back up again.

I have noticed several nest sites in our orchard that look like your photo of the Colletes entrance holes (see attached photo). My question is about the makeup of the granular stuff that makes up the hill. It is more yellow than the native soil – is that pollen mixed with the dirt?

If anyone wants some and you live in or near the Richmond area of Virginia I have a whole yard of them. I don’t want to use pesticides but they have reproduced to incredible numbers.

Thank you! Very enlightening! You changed my perspective and I will no longer be in fear! God Bless!