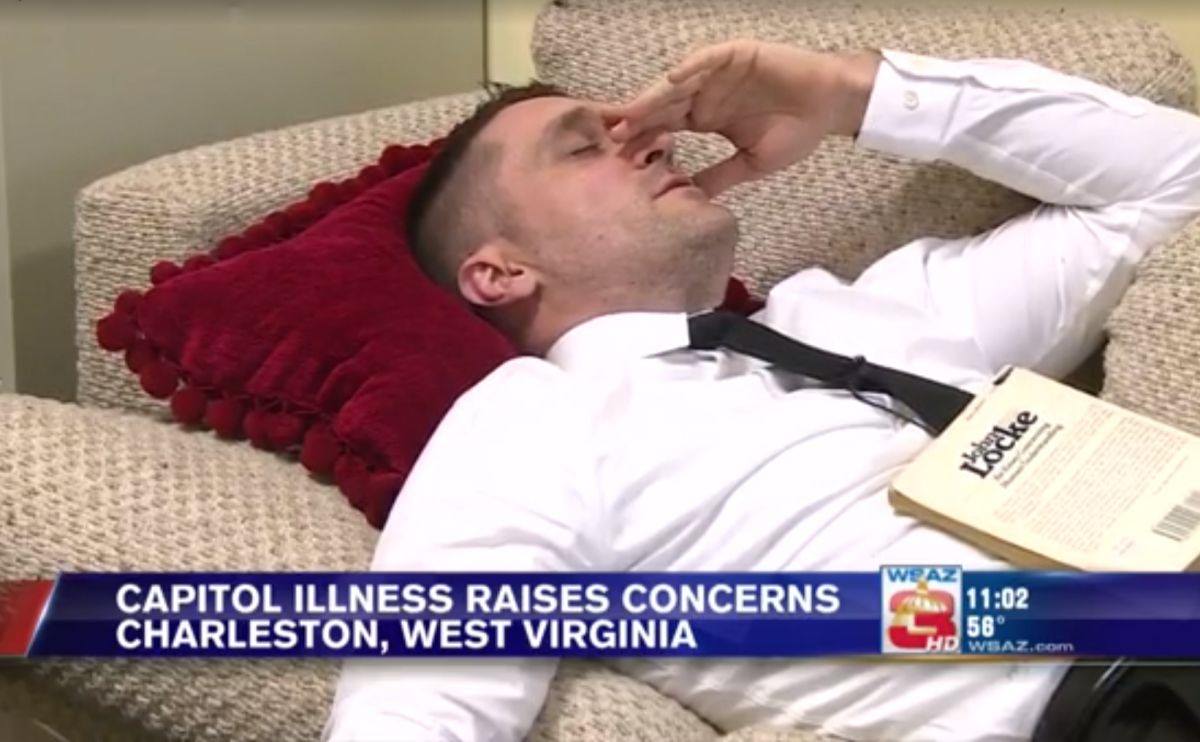 WSAZ, a local news affiliate in West Virginia, got a tip that might make legalizing raw milk just a little bit harder. Last week, West Virginia governor Earl Ray Tomblin signed into law a bill that makes it legal to drink (but not sell) raw milk throughout the state, despite pressures from the dairy industry and from the FDA, which actually testified that raw milk is unsafe. However, the law doesn’t go into effect for 30 days.

According to the tipster, who remains anonymous, state representative Scott Cadle (Republican of West Virginia’s 13th district) brought in some raw milk to celebrate the legalization. Cadle, says the tipster, handed out samples to various other representatives. And now, verifies WSAZ, several West Virginia lawmakers are severely sick to their stomachs.

Pat McGeehan (Republican of West Virginia’s first district), one of the afflicted, says that while he did drink the raw milk, that a stomach bug is going around and that he does not believe his illness to be related to the milk.

Although there isn’t proof – and we all know that correlation doesn’t equal causation – there’s certainly the possibility that the raw milk consumption and the illnesses are related. Raw milk is not pasteurized, or heated up to a temperature of 140 degrees F for 20 minutes, a process that kills off bacteria that can cause foodborne illness, including Salmonella, listeria, and E. coli. The Center for Disease Control says that thousands of illnesses, and two deaths, can be linked conclusively to consumption of raw dairy products in the period between 1998 and 2011. The Cornell University food science department, one of the premier such institutions in the world, puts it simply: “We recommend pasteurization of milk intended for consumption by humans.”

There are substantial efforts to allow the sale and consumption of raw milk, partly from entities who claim that the pasteurization process is unnecessary thanks to modern sanitary requirements, that the process kills beneficial bacteria and vitamins, and that raw milk can have effects ranging from healthier gut flora to decreased risk of cancer. The West Virginia lawmakers involved here are a slightly different breed; they mostly push for legal raw milk out of a libertarian instinct that citizens should be able to decide what they eat and drink.

“There definitely shouldn’t be a law against allowing people to do what they want within the framework of the rule of law,” McGeehan told WSAZ. “Just be careful.” It’s unclear how careful McGeehan was when he drank a cup of raw milk handed to him by a co-worker.

Snopes comes to the same conclusion this article does -it’s inconclusive. The 3 who drank the milk were hospitalised. All we know of the other 3 was that they were also sick and didn’t *report* drinking the milk. We don’t know whether they did or not, or whether their symptoms were as severe. Maybe all 6 drank raw milk. Maybe 3 did and another 3 had a mild unrelated stomach bug. What we do know is that they weren’t willing to cooperate, not even to fill out a simple form. We also know that drinking raw milk can get you… Read more »

” “There definitely shouldn’t be a law against allowing people to do what they want within the framework of the rule of law,” McGeehan told WSAZ.”

So there shouldn’t be a law, except for the laws that there are?

The Snopes writeup of this says only 3 of the 6 delegates who got sick drank the raw milk.

Had some raw cheese once and it, made me sick!
Personally think it depends on your gut bacteria at the time you consume raw milk products.
We are not all able to handle raw milk products.There should be a warning much like the warnings the pharmaceutical companies put forth – “If, your allergic do not use “What doesn’t kill you makes you stronger” as the saying goes.
BUYER BEWARE!

Dear Snopes: BUT WAS HE REALLY READING JOHN LOCKE ON HIS FAINTING COUCH

Does anyone even think about going and sucking a cows teat, you know knocking the baby calf away and just going at it, the whole idea is revulsive to me, hell i weaned off my mother and that should have been enough, cows lactation is for calves to grow enough to stand on their own, stop with the satanic abuse rituals and grow up already

My family has been drinking raw milk for years and have never been sick from its consumption. It’s taste is quite luxurious. The cream separates and sits on top to be skimmed off for creaming coffee, or whipping for whatever you want. People are made needlessly afraid of a nearly perfect food by lobbyists for conventional dairy and the politicians who cooperate with them.

I drink a liter of raw milk every day. Never been sick. The fearmongering about the consumption of raw dairy is entirely unscientific.