Japan’s Newest Seafood Source Is A Landlocked Country In Africa

How did Lesotho become an in-demand fishing country for Japan? 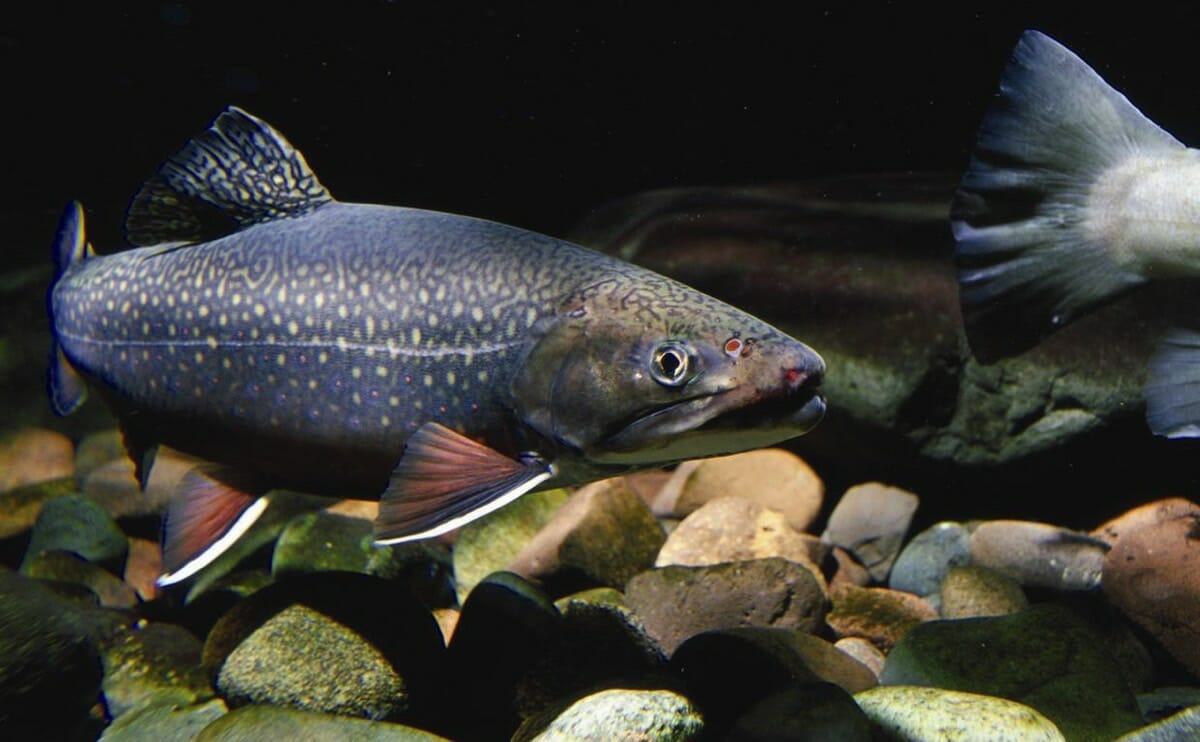 With fish stocks decreasing worldwide — Pacific bluefin tuna is down some 97 percent from its pre-fishing levels — but Japan’s love of seafood remaining intact, markets and restaurateurs have to go to new places to find fish. Japan actually gave Panama, an underutilized fishing center, an entire fish market, as a gift. But that’s nothing compared to a business that began selling seafood only two years ago: Highlands Trout, a fishery in the landlocked nation of Lesotho.

Lesotho isn’t only landlocked; the tiny mountainous country is actually entirely surrounded by South Africa. And yet it boasts the continent’s second-biggest dam, which, it turns out, can be used for fish farms. CNN reports that the company of Highlands Trout, begun in only 2009, is now producing over 1,600 tons of trout per year, the vast majority of which is heading to Japan.

Why Lesotho? According to CNN, it’s the very mountainous nature of the country which makes it suitable; the climate at such high elevations is ideal for trout fishing. But this is hardly a Lesotho-only operation. Aside from the fact that 85 percent of Highlands Trout’s catch goes to Japan (only five percent stays in the country in which it was raised), there’s all kinds of outside assistance. The fish, as eggs, are shipped from Denmark; the growing cages are from Norway; and the food pellets for the fish come from France.

Trout may not be as heavily associated with Japanese cuisine as, say, tuna or eel, but it’s still a very popular option, especially for the grill. And the trout grown in Lesotho is evidently a high enough quality that it’s worth shipping the fish for several days across the ocean to Japan, though exports from Lesotho still pale in comparison to the massive shipments from countries like Norway. Still: what a cool way to use the (un)natural resource of a huge dam!

Popular
The Fertilizer Shortage Will Persist in 2023Shea Swenson
7 Smokable Plants You Can Grow That Aren’t MarijuanaBrian Barth
Agricultural Runoff Pollutes Well Water, a ‘Public Health Crisis In the Making’Madison McVan, Investigate Midwest
Why Don’t We Eat Turkey Eggs?Dan Nosowitz
Mentally Disabled Slaves Mine Fancy Salt For South KoreansDan Nosowitz
Explore Modern Farmer
Related
Features, Food Security, Labor
The Rise of Virtual Farmers MarketsLeah Borts-Kuperman
Features, Food & Drink, Fungi
Could New York Become the Mushroom State?Sara Foss
Environment, Labor, Water
California Farms and Farmworkers Attempt to Recover From Record FloodsNaoki Nitta
Food Security, Labor, news
A New Egg Co-operative Has Hatched in the Western U.S.Lindsay Campbell
wpDiscuz
We use cookies on our website to give you the most relevant experience by remembering your preferences and repeat visits. By clicking “Accept”, you consent to the use of ALL the cookies.
Cookie settings ACCEPT
Privacy & Cookies Policy