Vegans, your next meatless butcher shop is coming soon. 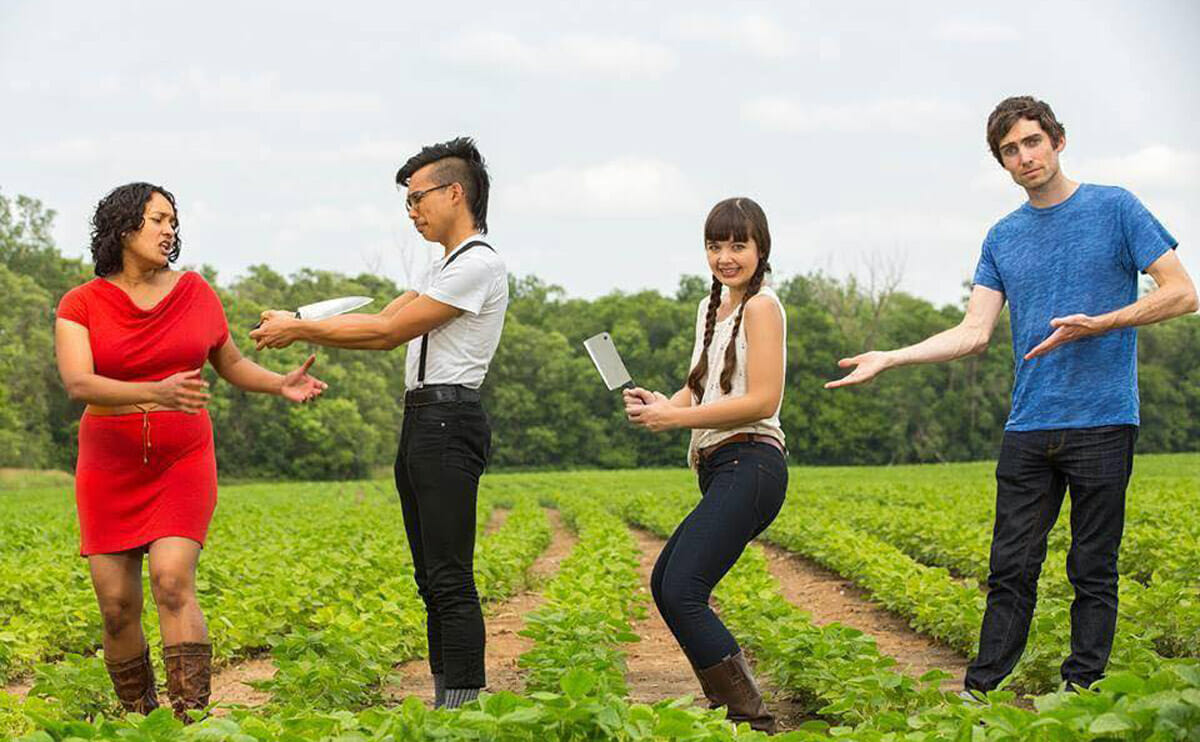 Fikaris and his sister, Christina Stobin, plan to sell everything from vegan salami, sausage, and meats to cheeses and sandwiches. Everything will be made in-house.

How perfectly Berkeley, you are probably thinking, even if you live in Berkeley. But The Butcher’s Son didn’t invent the concept of a vegan deli, nor is it even the first one in the United States. As the number of people trying out vegetarian and vegan diets continues to rise, and more companies try to invent meatless products to cater to them (such as the newfangled meatless burger that actually “bleeds”), the vegan butcher shop could become part of the fabric of a certain type of American city. The question is whether the concept will ever really catch on, or if the fake meat movement will die on the vine.

The question is whether the concept will ever really catch on, or if the fake meat movement will die on the vine.

The arrival of the first vegan butcher shop in America was announced earlier this year, not in Berkeley but in Minneapolis. Brother-and-sister team Aubry and Kale Walch (yes, there is a vegan butcher named Kale, and yes, he has probably heard it all before) have been selling “meat-free meats” under the name The Herbivorous Butcher at the Minneapolis Farmers Market since June. The two recently exceeded their stretch Kickstarter goal of $60,000, which will allow them to open a shop selling vegan ribs, sausage, jerky, pepperoni, and cheese.

Though The Herbacious Butcher claims to be the first vegan butcher shop in the world, it will join a small but existing market when it opens next year. Yam Chops in Toronto opened in May, selling beet burgers, carrot lox, no-pork pulled pork and its eponymous yam chops with maple-mint-mirin sauce, while Suzy Spoon’s in Australia, with its menu of vegan sausage, schnitzel, bolognese sauce, and bacon along with sandwiches and sides, has been around since 2012.

For a number of health, environmental and ethical reasons, it’s hard to deny that we should all be eating less meat in this country. The vegan butcher could help bridge the gap between bacon and tofu. But the problem with these butcher shops and the idea of “vegan meat” in general, as Modern Farmer contributor Dan Nosowitz eloquently pointed out earlier this year, isn’t necessarily in the product, but in the naming.

Some people don’t care much for meat and can happily switch teams, but others — the vast majority of us — love the taste of burgers and ribs and Italian sausage with fervor. By identifying their products by what’s not in them (“meat-free meat”), or their businesses by something they’re not doing (animal butchery), these vegan alternatives are fighting a battle that seems difficult to win. It’ll be interesting to see whether they evolve to be more than imitations of beloved foods; the day when we can lose the scare quotes and stand proudly by what they are, not what they’re replacing.

I live in Utah and, one would think that I came from Mars, being vegan. There is hardly nowhere with in 50 miles that I can get my meatless stuff. Help me. Are you going to have a price list and be shipping soon? Please.