The Quest To Create A Living Velociraptor Is Underway - Modern Farmer
Animals, Plants

The Quest To Create A Living Velociraptor Is Underway

It's ticking along pretty much as hoped. Says another researcher: "It's just going to be a really awful monstrosity." 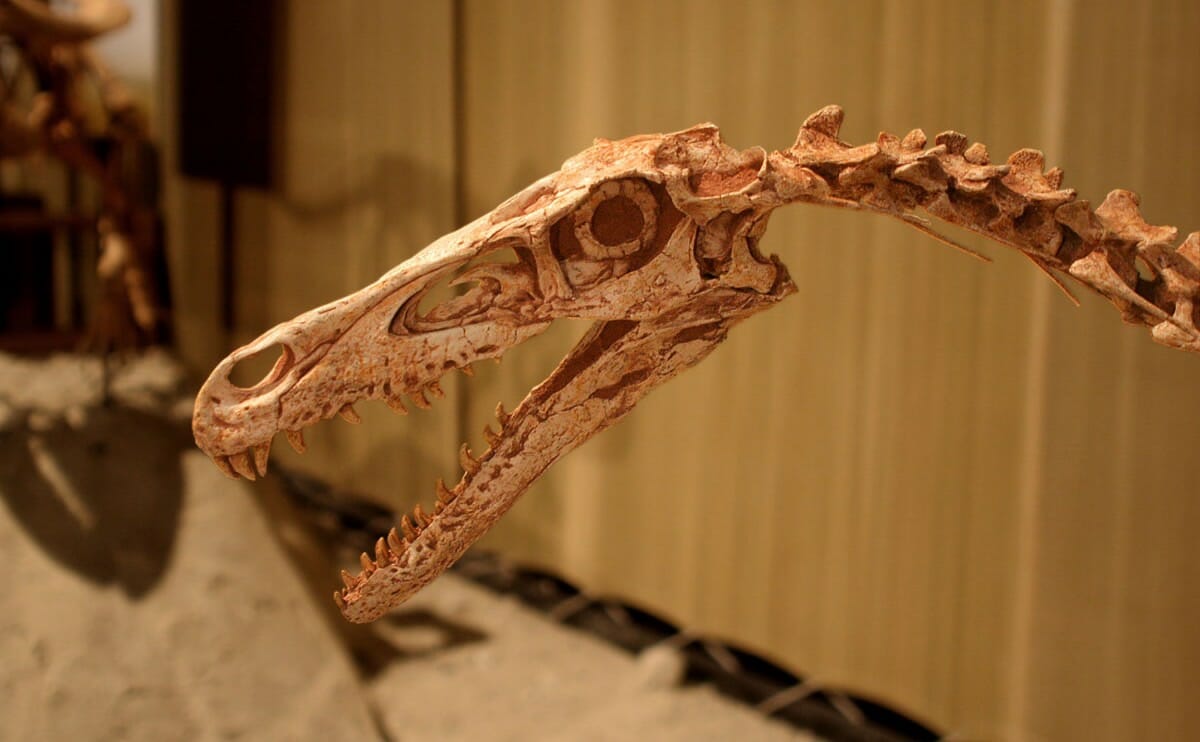 Jack Horner, a paleontologist so well-known he not only consulted on Jurassic Park but was actually the inspiration for the character of Dr. Alan Grant, is on a quest. His 2009 book, How To Build A Dinosaur, laid out the case for reviving dinosaurs from the realm of the past. It made a fair splash back then, but there hasn’t been much in the way of updates since then. But Jackson Landers over at the Washington Post has a great story out now in which he catches up with Horner to see how things are going — and you might be surprised to find out that the quest to breed modern-day dinosaurs is ticking along pretty much as Horner had hoped, including securing a significant amount of funding from none other than George Lucas.

So, the specifics: Horner isn’t going the full DNA-trapped-in-mosquito-trapped-in-amber route. Instead, he’s seeking to modify the genes of the descendants of dinosaurs (and there are plenty of those roaming around) before birth, so when the creature grows up, it’ll have the characteristics of dinosaurs. Even more specifically: the dino-descendant being used is your regular, everyday chicken, as the scientific community basically agrees that birds are the evolutionary byproducts of dinosaurs. And small dinosaurs, like the velociraptor made so famous in Jurassic Park, would have actually looked very similar to modern birds like the chicken, feathers and all.

What Horner discovered is that dominant genes may take over and change the way an embryo develops, but the older genes don’t always go away; sometimes they’re still there, just not activated. What Horner’s trying to do is remove the various obstacles that inhibit the emergence of those older genes. For example! A velociraptor’s genes caused it to grow arms, with fingers. But over the millenia, newer genes replaced those genes, causing birds to grow wings instead. So if you merely figure out which gene causes the wings and block it, the chicken will actually grow arms with fingers. Creepy! Weird! Here’s more from the Washington Post about Horner’s primary goals:

Horner posits that three primary engineering tasks will lead him from a conventional chicken to something resembling a miniature velociraptor (a small predator that became famous in “Jurassic Park”): creation of a long tail; the development of a toothed, beakless head; and the fashioning of arms with fingers and claws instead of wings.

Of course, you might be asking, what is the point of doing this? And you wouldn’t be alone; there are scientists who question the whole enterprise. Says Matthew Harris of Harvard Medical School to the Post: “Just because you can do an experiment doesn’t mean that you should do an experiment. What is the scientific question that is being asked? Jack is asking a question: ‘Can you remake something that was once lost?’ It is the wrong question to ask. What are you going to learn if you could do it? Technically, you are going to have a messed-up chicken. It’s not a dinosaur. It’s never going to be a dinosaur. It’s just going to be a really awful monstrosity.”

The whole article is worth reading; this is a very weird experiment that may or may not have much in the way of actual use to anyone (Horner, for his part, claims the research could lead to medical advances for humans). Check it out here.