These pesticides could make a farmer 80 to 90% more likely to suffer depression. Why are they still legal? 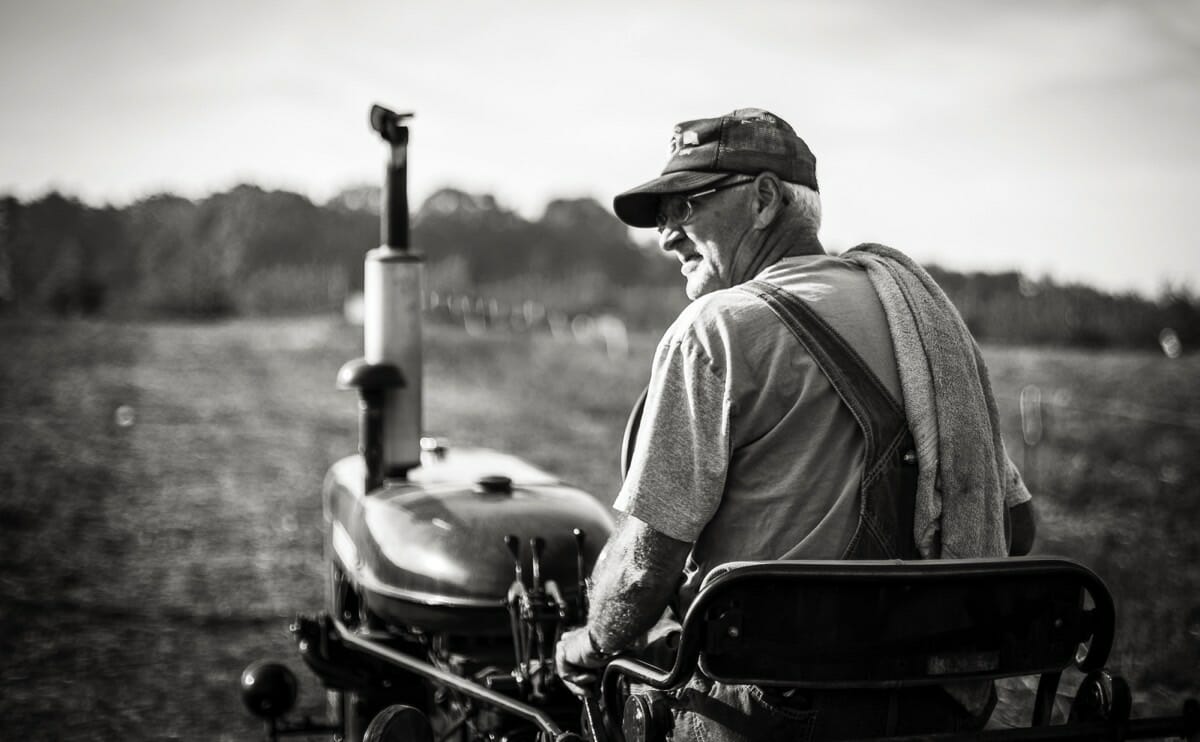 Earlier this fall, researchers from the National Institute of Health finished up a landmark 20-year study, a study that hasn’t received the amount of coverage it deserves. About 84,000 farmers and spouses of farmers were interviewed since the mid-1990s to investigate the connection between pesticides and depression, a connection that had been suggested through anecdotal evidence for far longer. We called up Dr. Freya Kamel, the lead researcher on the study, to find out what the team learned and what it all means. Spoiler: nothing good.

“There had been scattered reports in the literature that pesticides were associated with depression,” says Kamel. “We wanted to do a new study because we had more detailed data than most people have access to.” That excessive amount of data includes tens of thousands of farmers, with specific information about which pesticides they were using and whether they had sought treatment for a variety of health problems, from pesticide poisoning to depression. Farmers were surveyed multiple times throughout the 20-year period, which gives the researchers an insight into their health over time that no other study has.

“I don’t think there’s anything surprising about the fact that pesticides would affect neurologic function.”

Because the data is so excessive, the researchers have mined it three times so far, the most recent time in a study published just this fall. The first one was concerned with suicide, the second with depression amongst the spouses of farmers (Kamel says “pesticide applicators,” but most of the people applying pesticides are farmers), and the most recent with depression amongst the farmers themselves.

There’s a significant correlation between pesticide use and depression, that much is very clear, but not all pesticides. The two types that Kamel says reliably moved the needle on depression are organochlorine insecticides and fumigants, which increase the farmer’s risk of depression by a whopping 90% and 80%, respectively. The study lays out the seven specific pesticides, falling generally into one of those two categories, that demonstrated a categorically reliable correlation to increased risk of depression.

These types aren’t necessarily uncommon, either; one, called malathion, was used by 67% of the tens of thousands of farmers surveyed. Malathion is banned in Europe, for what that’s worth.

I asked whether farmers were likely to simply have higher levels of depression than the norm, given the difficulties of the job — long hours, low wages, a lack of power due to government interference, that kind of thing — and, according to Kamel, that wasn’t a problem at all. “We didn’t have to deal with overreporting [of depression] because we weren’t seeing that,” she says. In fact, only 8% of farmers surveyed sought treatment for depression, lower than the norm, which is somewhere around 10% in this country. That doesn’t mean farmers are less likely to suffer from depression, only that they’re less likely to seek treatment for it, and that makes the findings, if anything, even stronger.

The study doesn’t really deal with exactly how the pesticides are affecting the farmers. Insecticides are designed to disrupt the way nerves work, sometimes inhibiting specific enzymes or the way nerve membranes work, that kind of thing. It’s pretty complicated, and nobody’s quite sure where depression fits in. “How this ultimately leads to depression, I don’t know that anyone can really fill in the dots there,” says Kamel. But essentially, the pesticides are designed to mess with the nerves of insects, and in certain aspects, our own nervous systems are similar enough to those of insects that we could be affected, too. “I don’t think there’s anything surprising about the fact that pesticides would affect neurologic function,” says Kamel, flatly.

Kamel speaks slowly and precisely, and though her voice is naturally a little quavery, she answered questions confidently and at one point made fun of me a little for a mischaracterization I’d made in a question. The one time she hesitated was when I asked what she thought the result of the study should be; it’s a huge deal, finding out that commonly used pesticides, pesticides approved for use by our own government, are wreaking havoc on the neurological systems of farmers. Kamel doesn’t recommend policy; she’s a scientist and would only go so far as to suggest that we should cut down on the use of pesticides in general.

Others are going further. Melanie Forti, of a farmer advocacy group based in DC, told Vice, “There should be more regulations on the type of pesticides being used.” With any luck, this study will lead to a thorough reexamination of the chemical weapons allowed by farmers.