A new task force in California will be dedicated to stamping out farmers market fraud. 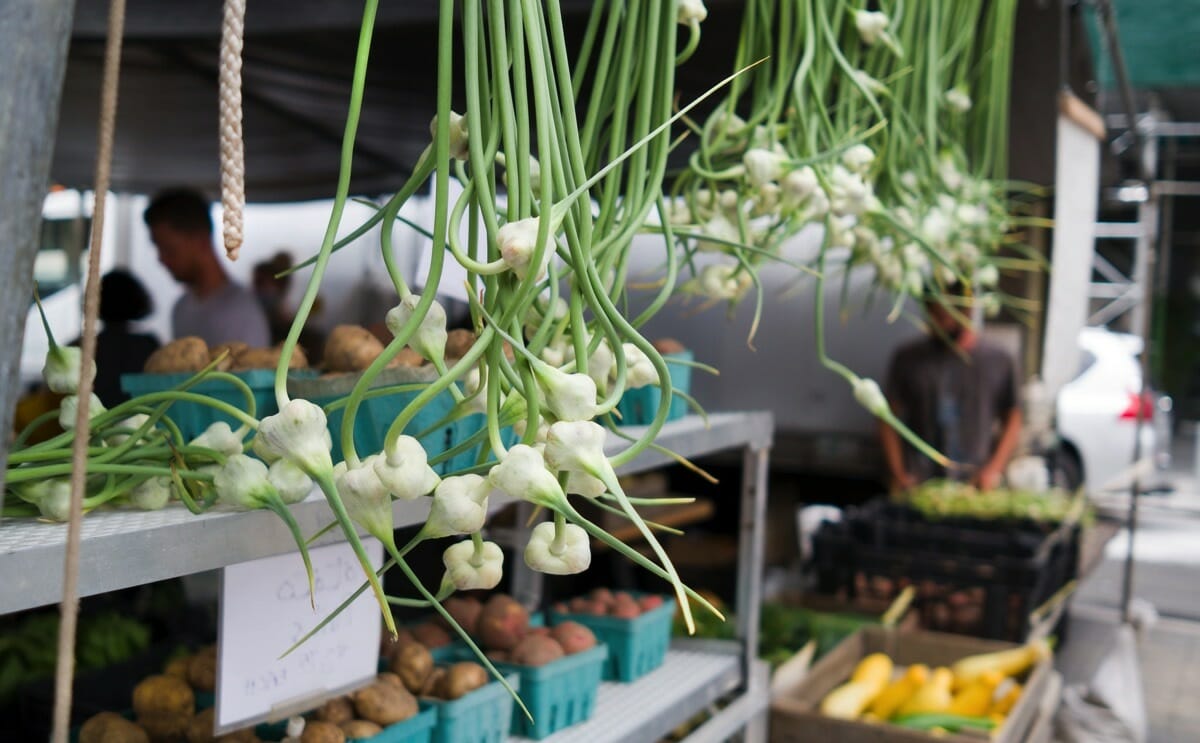 Last week, Jerry Brown, the governor of California, signed a bill authorizing a million dollars to, as NPR puts it, “deploy a small army of inspectors to farmers markets around the state.” This is following a few well-publicized incidents of farmers market fraud, or FMF (as nobody calls it).

It should be no surprise that farmers markets are occasionally home to fraudulent or misleading behavior; small producers are notoriously strapped for cash, and farmers market profits can be the difference between making money and losing it. Farmers might be tempted to fudge the truth a bit, by bringing in produce they didn’t grow — or in the worst cases, produce they purchased from the same retail or wholesale channels that their customers could frequent themselves, with a significant price bump.

Los Angeles in particular has had a rough go of FMF in the past few years; this LA Times investigation from last year showed some pretty unsavory practices, including bringing in imported fruit from Mexico. The new bill will send forth inspectors to check for telltale signs of produce grown by somebody else. But how is that even done?

We called up Michael Hurwitz, director of the greenmarket program at GrowNYC, the non-profit organization that runs and monitors the majority of New York City’s markets, including its largest ones in Union Square and Grand Army Plaza, to ask about farmers market fraud. “There’s no other food location in New York City that has such a strict oversight,” he says about GrowNYC’s policies and policing. “No other retailer is as strict as we are.”

GrowNYC is a producer-only market, which means that the booths at the farmers market are only allowed to sell what they’ve produced themselves. No reselling is allowed whatsoever, whether you sell goat meat or fairytale eggplants or shoofly pie. In order to maintain that position, GrowNYC has a very robust inspection system, with a few different types of inspectors: All market managers can inspect the individual booths, and they also employ dedicated inspectors to head out to the farms and make sure everything’s legit. Every single year, all producers must submit a crop plan, which includes estimates of yield, specific products they intend to bring to market, and the dates at which they’ll bring them.

Then there are random checks at the market themselves, which vary mostly based on quantity: Heavy producers get inspected more. The inspectors are looking for anything that doesn’t jibe with the crop plan, or anything suspicious, like waxed fruit or boxes from retailers. “Some folks we’ll inventory weekly for a month at a time, so we can get a full picture of their entire product line, if they’re someone with a substantial amount of product,” says Hurwitz. “Otherwise, once every few months.” The farmers don’t know when the inspection is happening; it’s a delicate balance for the inspectors, because the inventory can be burdensome and time-consuming. Not to mention, GrowNYC’s main objective is to help farmers, not annoy them. But Hurwitz was very firm that the inspections are very, very serious, and that GrowNYC won’t hesitate to kick farmers out of the program or fine them if there are violations.

“That’s like, a class A felony. That will get you an immediate suspension.”

Farm inspections are less frequent; there are about 60 to 75 inspections on the farms per year, out of 240 current vendors. “Roughly a quarter of our farmers are being inspected on farm every year,” says Hurwitz, but some of the big farmers may be inspected three or five times a year. It’s worth noting that GrowNYC is not in the business of certifying organic, but for the farmers that do make that claim, they’ll take a look around to make sure nothing distinctly un-organic is going on at the farm.

It’s very rare that GrowNYC has a problem with its farmers; Hurwitz estimates there are 6-10 violations per year. Usually, he says, those are simple things, like a farmer without enough to sell bringing a neighbor’s products to the market. That kind of thing would usually just result in a fine. But what’s the worst offense a New York farmer can make? “An extreme case is when somebody brings in product from outside the region,” says Hurwitz. “That’s like, a class A felony. That will get you an immediate suspension. That’s the one we have absolutely no tolerance for.”

New York City’s markets are a bit unusual and certainly different from Los Angeles’s in that New York’s are wholly producer-driven. There are markets, says Hurwitz, like some in Los Angeles, that allow reselling. “As long as they’re transparent about that, I think that’s totally fine and legitimate,” he says, but that transparency is why Governor Brown needed to dedicate a million dollars for a farmers market fraud task force.

Hurwitz approves of the new bill; cost is primarily the problem for policing markets. GrowNYC gets around this by requiring that farmers pay a fee to sell in their markets. Fraud doesn’t just reflect poorly on the individual offender; it kind of ruins the whole enterprise, which is largely about trust — trust that by buying your groceries at the market, you’re supporting local agriculture, that your money is going where you want it to go.