Bring On the Okra-Stabilized Ice Cream

Why okra could help bring about ice cream with ingredients you actually recognize. 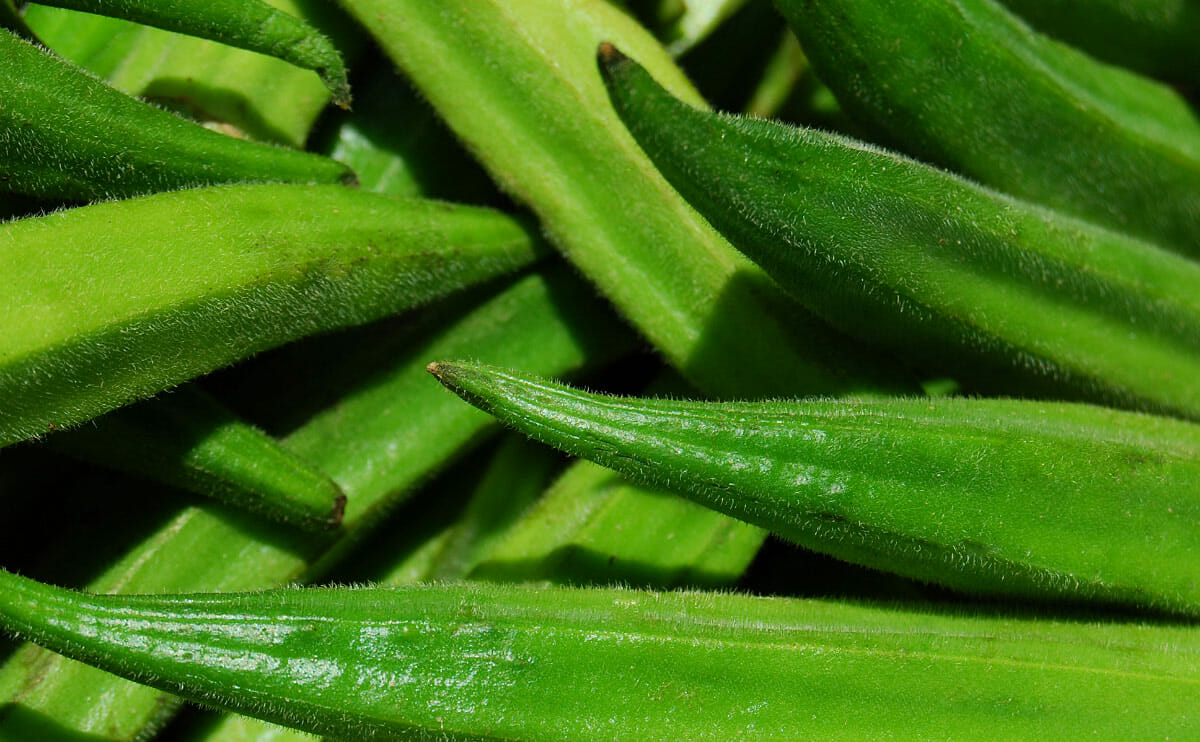 For those that want to know every ingredient in the foods they eat, ice cream can be problematic: most mass-produced and even most small-batch ice creams use stabilizers to keep the texture creamy and smooth. Those stabilizers are sometimes iffy-sounding synthetic chemical compounds that they may want to avoid. But a new study finds that an extract from a very familiar plant might serve the same purpose: okra.

Ice cream that’s going to be eaten more than a day or so after it’s churned usually needs something to keep its texture steady. Without a stabilizer, ice cream reacts violently to changes in temperature, melting and re-freezing and often forming unpleasantly large ice crystals in the process. Large ice crystals mean icy, crunch ice cream, rather than smooth, creamy ice cream.

Stabilizers aren’t always bad, or even suspicious; Serious Eats has an excellent primer up on stabilizers, which can sometimes be as innocuous as egg yolks. Often they’re derived from natural, but scary-sounding, products like guar gum or carrageenan or polysorbate-80. There’s not much documented risk from these stabilizers, but that doesn’t mean we’re not interested in hearing about alternatives, especially if they might be lower in fat or sugar.

A new study from the Kasetsart University, Chatuchak, Bangkok, with help from Guelph University in Ontario, found that extracts from okra fiber can have the same effect as more established stabilizers: it prevents melting and the reforming of ice crystals, thus keeping ice cream smooth. Yum. So, in the near future, you could have ice cream that doesn’t freak out in the freezer, but also has an ingredient you can actually recognize without knowing the periodic table by heart.