Magical Sour Cabbage: How Sauerkraut Helped Save the Age of Sail

How 8,000 pounds of sauerkraut helped defeat the scourge of the seas: Scurvy. 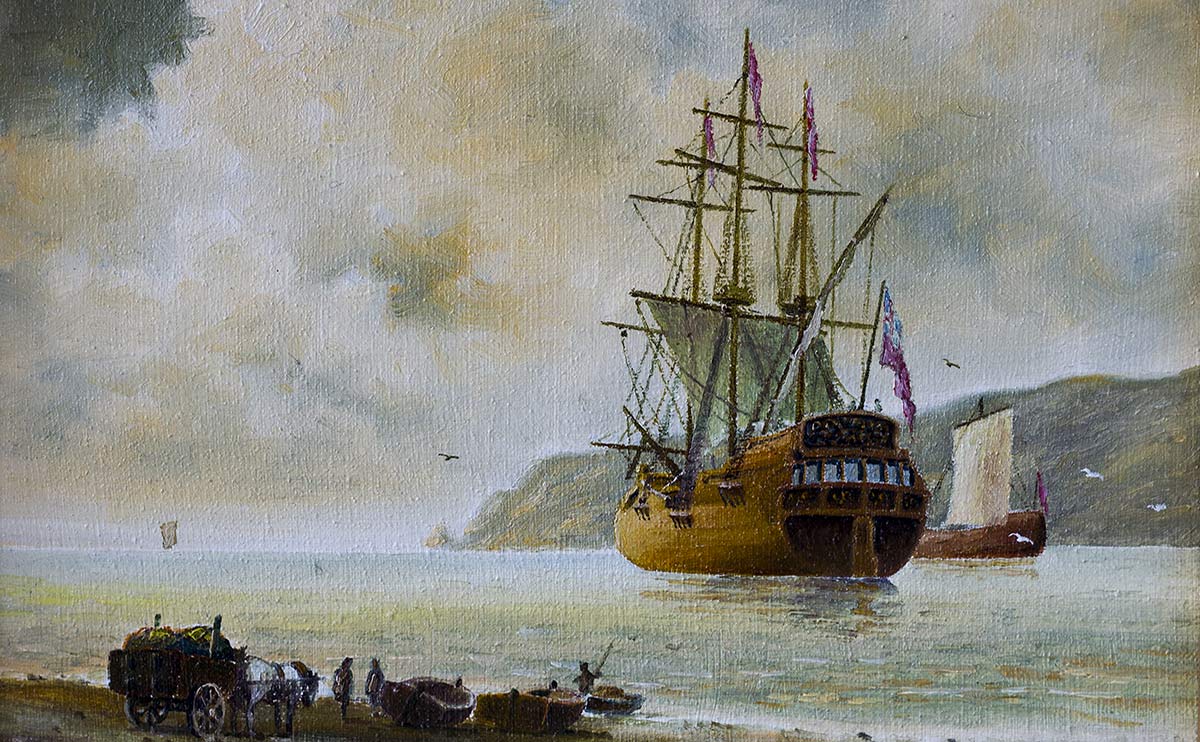 That’s right, sauerkraut. Not a traditional super-food by definition, this stringy, pale product of fermentation is the victim of a serious case of mistaken identity. Not only is sauerkraut really good for you, but it also changed the world.

Simple, fermented sauerkraut played an important role in helping prevent scurvy — an affliction known in its day as the scourge of the seas, responsible for an estimated two million deaths between 1500 and 1800 — on sailing ships around the world.

Not only is sauerkraut really good for you, but it also changed the world.

Jonathan Lamb, a humanities professor at Vanderbilt University and author of the upcoming book, “Scurvy: The Disease of Discovery,” says the disease took its toll on nearly every voyage during the Age of Sail — the period of global exploration by sailing ships lasting from the 16th to the mid-19th century.

Lamb’s research details the loss of life on many famous expeditions throughout the period. For instance, commodore George Anson, who set sail with six ships for the Pacific in 1740 with 2,000 able seamen, returned to England with less than 700, the rest consumed by the disease. (And it wasn’t a pretty death: According to Anson’s chaplain, “those affected have skin as black as ink, ulcers, difficult respiration, rictus of the limbs, teeth falling out and, perhaps most revolting of all, a strange plethora of gum tissue sprouting out of the mouth, which immediately rotted and lent the victim’s breath an abominable odor.”)

Anson’s voyage brought scurvy to the public’s attention and after studying historical accounts of the disease, in 1753, Scottish naval surgeon James Lind noticed scurvy was invariably linked to those whose diet had been severely limited. He began testing various foods and noted that citrus fruits provided the quickest and most effective cure for the disease.

However, this brought about another problem. How do you keep fruit fresh on a sailing ship that could be at sea for months at a time? You don’t.

With no real cure available, the British crown outfitted four captains during the 1760s with various potential cures in an attempt to find a reliable method to prevent scurvy through trial and error.

How do you keep fruit fresh on a sailing ship that could be at sea for months at a time? You don’t.

Captain James Cook, one of these four captains, was given several different experimental foods to try aboard his ship the HM Bark Endeavor when he left England for the South Pacific in 1768. Among them, as noted in the victualing minutes — the log of provisions put aboard — was 7,860 pounds of sauerkraut.

Made by fermenting thinly sliced cabbage in its own natural juices, sauerkraut is rich in vitamin C, which — although unknown at the time — is the key to preventing and curing scurvy.

While raw cabbage contains moderate levels of the vitamin, the process of fermentation sees these levels rise considerably.

“The bacteria create vitamin C and certain B vitamins as by-products of their metabolism. They digest parts of the cabbage and as part of their digestion the vitamins are made,” says Alex Lewin, fermented food guru and author of “Real Food Fermentation.” “So you get more vitamin C from sauerkraut than just from cabbage, it’s sort of a super raw food in that way.”

‘You get more vitamin C from sauerkraut than just from cabbage, it’s sort of a super raw food in that way.’

Three years after leaving England with his store of Sour Kroutt (as it was spelled then) and with not a single death attributed to scurvy, Cook returned home to report his findings. Although sour cabbage alone did not rid the seas of the disease — Cook’s crew also dined on such delicacies as spruce beer, malt and portable soup (think 18th century powdered beef stock) — it certainly played a major part.

It must be noted, though, while captains were sure to stock kraut on future voyages because of its nutritious qualities, Cook was far from the first to find out the curative powers of the dish: Asian cultures have relied on fermented cabbage to survive long winters between fruit seasons for thousands of years. Kimchi, sauerkraut’s Korean cousin, was historically used during winter to stave off vitamin deficiencies, while early records show workers building the Great Wall of China ate fermented cabbage regularly when fruit was not available. In fact, the earliest sauerkraut recipes found in Eastern Europe are thought to have come by way of the hordes of Genghis Khan.

So next time you are craving an orange or a lemon, try a mouthful of sauerkraut. It might be just what your body needs.

Here in Australia, we are celebrating 250 years since Captain Cook arrived on our shores – with the first ever barrels of anti-Skorbut Sauerkraut! Time to Celebrate also: the Perth-born YANCHEP DIET’s Coming of AGE- with its own PRO-BIOTIC home-made KOM-CHI, A SALT-FREE SWEET&SOUR Version, fermented with home-brew Kombucha – which has kept us (NOT born yeaterday!)free from coughs & fevers on Indonesian & Mediterranian cruises etc. over the past 10 Years! Time to spread the GOOD NEWS to the World we thought- in these Days of Covids 19- to TIDE US safely over the PANDEMIC (WE BET!)

Fascinating! I grew up with Austrian style kraut made by my grandmother. She would put on a pork roast with sauerkraut every Sunday, served with potato dumplings. Great food, great memories! Who knew kraut was a super food?,