This is the Only Must-Read Fashion Week Story About Goats - Modern Farmer
Animals, Lifestyle, Plants

This is the Only Must-Read Fashion Week Story About Goats

It's Fashion Week and these goats are everything. 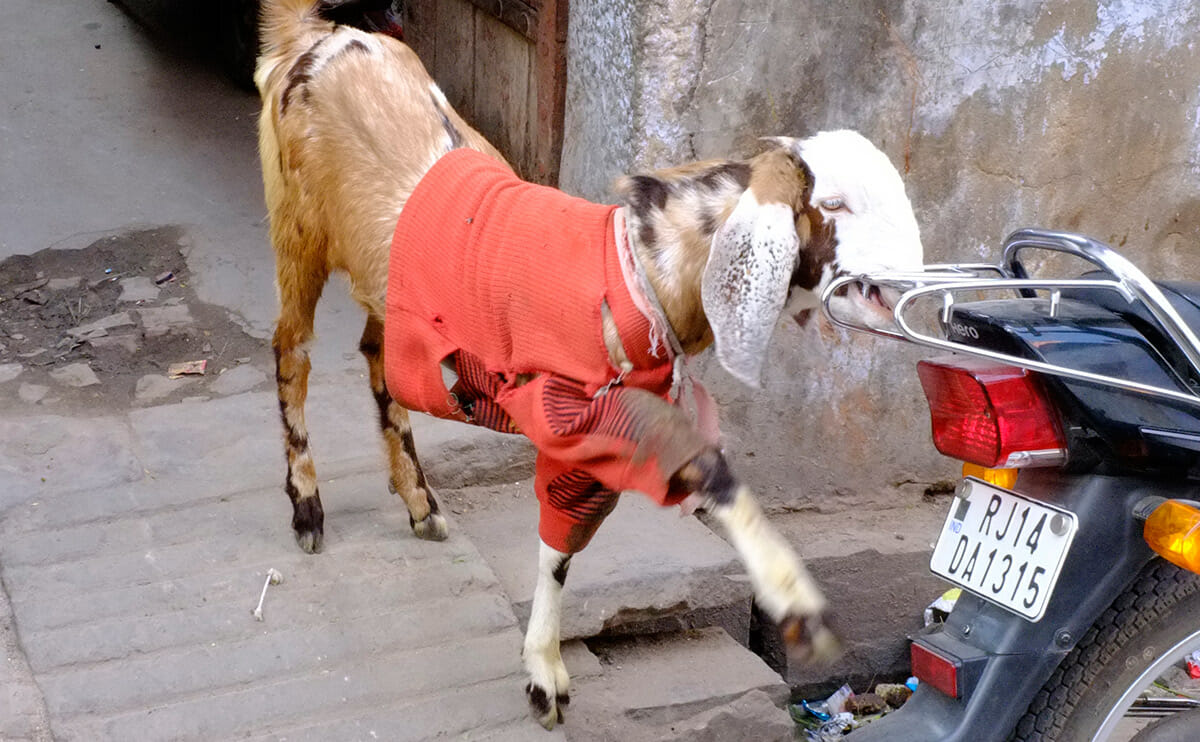 Perhaps you remember the fashion-forward goats of Jaipur, India, and their colorful sweaters, as captured by artist Alexander Gorlizki. Well, it’s New York Fashion Week, and of course the goats are trying to step up their game to stand apart from the flocks of fashionistas. Here, we chronicle their looks for 2014 and not to be too harsh, but some of the goat sweaters did not wow us:

This forward-looking goat reinvents pastel. We don’t even know what pastel is anymore. Only this goat knows, and hopefully she will tell us. We’ve been waiting for someone to finally put Easter chicks and bunnies on blast. Bravo!

Look, it happens to all of us sometimes. You wake up in the morning and you accidentally put on the flag of Finland.

We’re calling it early: Red is THE color of the season. Half the goats in town were sporting it. But we’re not letting these ruminants take the credit. Shetland Ponies were ALL OVER this trend a year ago. We thought goats just ate sweaters*, but apparently they also regurgitate them.

Just when we thought all hope was lost and every goat in town was cribbing off the ponies, along comes a breath of fresh air. This is how it’s done: Industrial chic at its finest. Is that a little burlap mixed in? We love someone who can dress with a sense of humor. Goats: We see you. Wink.

Is this sweater made out of yarn or yawn? Because we think it’s the latter.

You know how sometimes you can cut a bunch of holes in a perfectly nice sweater and it suddenly looks a thousand times better? Us neither. Even posing with a super-cute moped can’t distract from this catastrophe.

It’s always nice to end on a high note. There’s something to be said for timeless classics. Look up “effortless” and “chic” in the dictionary, and weirdly, the only thing you will find there is a picture of this goat, who taught us all a valuable lesson about restraint, taste and class. We’re not saying Coco Chanel was reincarnated as a goat (but that’s what happened).