Chicken Farming and Its Discontents

One contract chicken grower's complaints against the current system -- stagnating income and rapidly increasing expenses for growers -- are why, if he doesn't see reforms, he'll be shutting his doors soon. 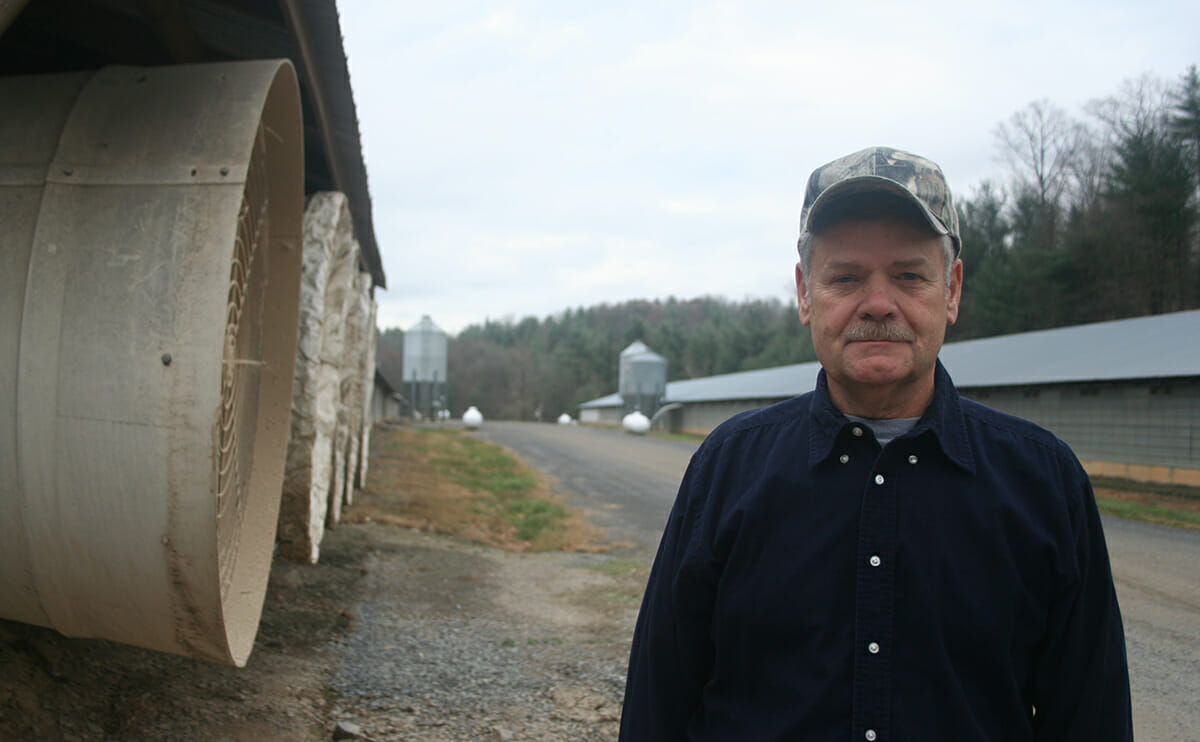 Keeping the lights on and the heaters running in his gigantic chicken houses seems to cost more every year (“house” is the industry term for a chicken barn; each of Weaver’s is more than two football fields long and can hold about 46,000 chickens). Everything about farming, as a matter of fact, is getting pretty expensive these days. Guess how much the silver dollar-sized plastic cap that he needed the other day to repair a hydraulic clutch on his tractor cost? $33. An outrage.

Then there’s the fact that Weaver says he and other West Virginia “growers” ”“ the industry term for chicken farmers ”“ haven’t received a pay increase for 10 years and are earning just a fraction more in absolute, non-inflation-adjusted dollars than they did three decades ago. All told, it’s been enough to get Weaver seriously fired up. (A spokesman for Pilgrim’s, the company with which Weaver contracts to grow chickens, responds that it pays its West Virginia growers at competitive industry rates).

Nearly all the chicken raised in the United States is grown by farmers who contract with ‘vertically integrated’ companies that own the chickens as well as the entire supply chain, from hatcheries to feed mills to processing and packaging plants.

Nearly all the chicken raised in the United States is grown by farmers who contract with “vertically integrated” companies that own the chickens as well as the entire supply chain, from hatcheries to feed mills to processing and packaging plants. Growers like Weaver are simply paid to raise newly hatched chicks to market weight ”“ a process that, thanks to constant genetic improvement, now takes just about five weeks.

The companies deliver chicks and feed and return later to collect the full-grown chickens for slaughter and processing, while the growers construct, maintain, upgrade and pay for utilities and labor in their poultry houses.

“In general, it’s been an extremely effective and efficient system that’s been able to produce low-cost, high-quality protein for consumers around the world,” says Mike Lacy, head of the poultry science department at the University of Georgia ”“ the country’s biggest chicken-producing state. “The contract system has served consumers well [and] … it’s contributed to the success of a lot of family farmers.”

Bill Roenigk, an economist with the National Chicken Council, says vertical integration offers poultry farmers stable income and manageable risk, and has benefitted both growers and poultry companies for decades. The industry also points out that vertical integration protects growers from the market volatility. When feed is expensive or chicken prices are low (or both), the company, rather than the growers, suffers. 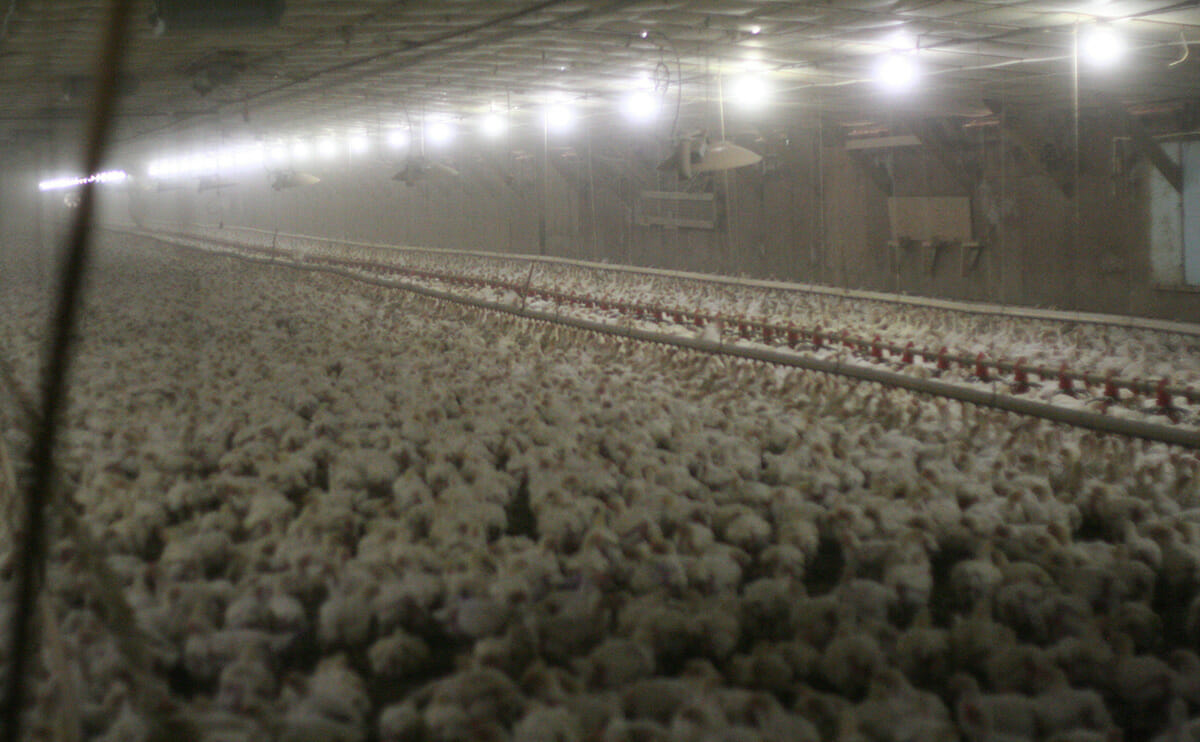 Lacy and others, however, acknowledge that Weaver’s fundamental complaint ”“ stagnating income and rapidly increasing expense ”“ holds true for growers across the country.

“The growers’ plight has been getting worse and worse starting in the early to mid-90s, and really accelerated in the last five years,” says Bob Taylor, a professor and researcher at Auburn University’s College of Agriculture.

(In this 2010 paper, Taylor reports after a full accounting of all associated expenses and income, the average Alabama grower lost money on a poultry operation in 10 of the 15 years between 1995 and 2009.)

After a fuel price spike in 2007 and 2008 hit growers hard, Weaver founded the Contract Poultry Growers Association of the Virginias to advocate for improved conditions and better pay for contract growers. Today the group works on projects to improve individual growers’ bottom lines ”“ e.g., looking at heaters that burn chicken litter rather than propane ”“ and fights to reform aspects of the contract system that many growers feel are unfair.

When ‘you’re in debt up to his ass’ like this, Weaver says, you can’t just quit, even if you’re losing money on your flocks.

At the heart of much criticism against the industry is the fact that getting into the poultry business isn’t cheap, and indebted farmers are often in poor position to advocate for themselves. After buying his farm, Weaver spent about $200,000 to convert its two existing turkey houses for chicken production. Building a farm like his from scratch today would cost around $1 million, he estimates. And when “you’re in debt up to his ass” like this, Weaver says, you can’t just quit, even if you’re losing money on your flocks.

Reforming the way growers are paid, and increasing the amount, is another of Weaver’s goals. Growers like him earn a base rate of between 5¢ and 5.5¢ per pound (depending on the specifications of a grower’s houses) of live weight the company hauls off when the flock is grown. Every week, the company ranks all the finished flocks it’s collected from first to worst based on how efficiently each grower’s flocks convert feed to weight. The growers at the top get bonuses for good performance, subsidized by penalties subtracted from the base pay of growers at the bottom of the list.

The industry says this creates an incentive-based system that rewards dedicated, skilled growers. Critics, however, sometimes take a more cynical view, as the major variables that can mean the difference between a bonus-earning flock and a penalty-earning flock are in the company’s hands. If the company doesn’t like Grower X ”“ perhaps because he’s begun to agitate for better conditions ”“ it could send him a flock of chicks hatched from hens at the ends of their breeding lives, which, on average, won’t grow as quickly as others. Or it could cut back on the amount of corn in the feed it sends him. With bad chicks or bad feed, a grower is virtually guaranteed to be penalized for poor performance, Weaver says. 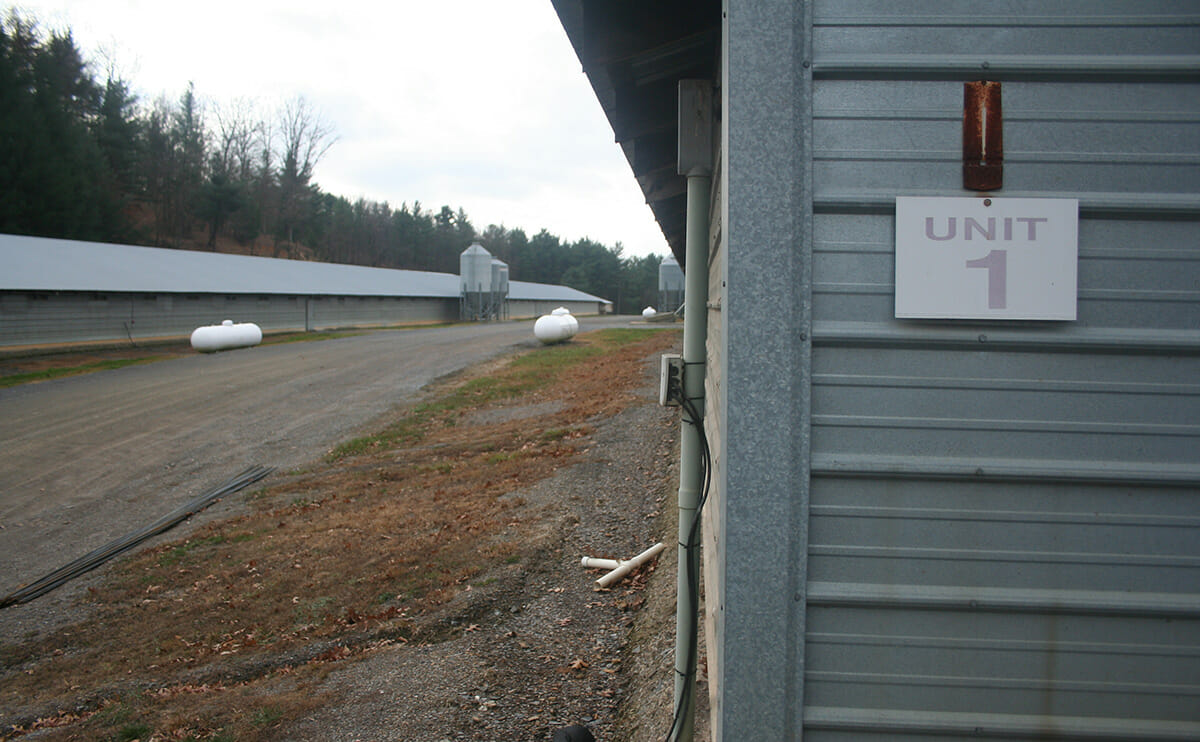 Furthermore, says Taylor, growers have no way to verify the data used to calculate their pay or dispute a performance penalty when they receive their settlement checks.

The mere possibility of this happening is powerful. Fear of economic punishment for upsetting the company is pervasive among growers. Even worse is the prospect of being “cut off,” or dropped altogether by a company, which generally can terminate a grower’s contract at will with 90 days’ notice ”“ potentially devastating to a grower with mortgage payments to make on his poultry houses.

As a result, very few growers are as willing to be as outspoken as Weaver about difficult circumstances they may be facing (“one of the real travesties” of all this, he says). As a case in point, Weaver says he used to regularly earn production bonuses by topping the weekly pool of growers. He says it hasn’t happened once in the past three years.

The degree to which any of this actually occurs, however, is impossible to quantify.

“I can’t say that there’s never been abuse, but I would say that it is rare,” says Lacy of the University of Georgia. “It’s never in the company’s best interests for a grower to fail, and they will bend over backwards to try to solve whatever problem there is.”

He points out that banks’ willingness to lend to a company’s growers provides something of a check and balance to bad behavior that could put growers out of business. If a particular company’s growers have a track record of loan defaults, banks won’t lend to them as freely and the company could face production problems.

Regardless, Weaver says the challenges facing him, his association’s membership and growers in general are as difficult as ever right now. He hopes things will get better, but it’s hard to feel too optimistic these days. If the companies give his growers a two-cent base pay increase they’ve been asking for for several years ”“ that’s close to a 40 percent raise ”“ he may still be doing this in five years, he says. If not, he’ll close his doors, sooner rather than later.

But he won’t do it quietly.

“I have to sleep well at night,” Weaver says. “If somebody’s doing something wrong and needs to be told about it, I’ll tell ’em. I hate to shut it down, but I’m not going to be abused, either.”

What is the average chicken loss because if heat related deaths?