Have We Reached Peak Pumpkin Spice?

There is a growing backlash against pumpkin spice everything - but the public still slurps it up. 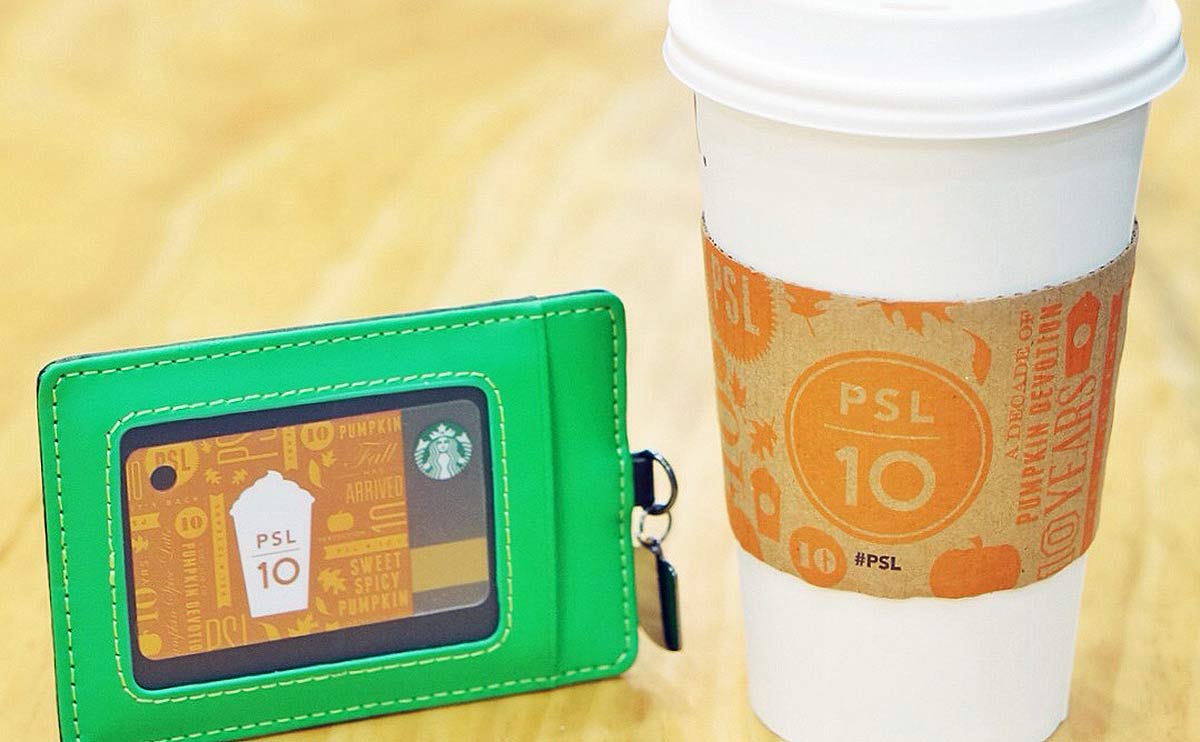 The problem seems to stem from several interrelated issues. First, and most basically, there is no pumpkin in pumpkin spice. At Starbucks, which developed pumpkin spice for its iconic latte drink, it’s a concoction of nutmeg, cinnamon, and cloves. It exists because some Starbucks executives 10 years ago wanted to capitalize on Halloween and autumn, in much the same way that many bars capitalize on St. Patrick’s Day by putting green food coloring in beer. The difference is that those bars are independent businesses, so the green-beer phenomenon seems more grass-roots, less engineered, less corporate. Many people find green beer to be obnoxious, but, probably thanks to its uncertain origins, they don’t feel like they’re being manipulated by some heartless corporate marketing department.

The incredible ubiquity probably has Starbucks kicking itself for not getting a team of intellectual property lawyers on the case 10 years ago.

Which of course is not to say that pumpkin spice is not popular. It’s more popular than ever, which is the proximate reason for the backlash. Social media is rife with the stuff, with a mention of it every few seconds on Twitter — so fast it’s almost mesmerizing to watch the tweets come through in real time. There are several active Facebook pages devoted to it. Starbuck’s says it has sold 200 million pumpkin spice lattes in the past decade.

Since the Starbucks creation was unleashed, all kinds of other companies have glommed onto it. McDonald’s and Dunkin’ Donuts each offer very popular pumpkin spice concoctions. But it hardly stops there. The stuff is all over the place. That’s another big reason for what Jezebel’s Madeleine Davies has dubbed Pumpkin Spice Fatigue:

In the future, I predict that people will talk about 2013 the same way people in the 1400s talked about the Black Death – only it won’t be the plague that half of us died from. Instead we’ll all be killed by Pumpkin Spice Fatigue (PSF). Imagine it: our entire society destroyed, all because Mars, Inc. couldn’t restrain themselves from releasing a pumpkin spice-flavored M&M. Or because Starbucks started advertising their pumpkin spice latte as early late August (that’s still iced latte season, son!) and by the time autumn ended, we had all consumed so much pumpkin that our tummies exploded and all that was left of us were a few chunks of flesh and the perfectly formed jack-o’-lantern that formed in our digestive system.

The incredible ubiquity probably has Starbucks kicking itself for not getting a team of intellectual property lawyers on the case 10 years ago. (One company, Philosophy Inc., has apparently trademarked the name “Pumpkin Spice” as the name of a baby lotion.)

The Chicago Tribune‘s Mary Schmich (perhaps still best-known nationally as the actual author of a column that what was passed around on the Internet 16 years ago as “Kurt Vonnegut’s M.I.T. Commencement Speech”) isn’t just sick of pumpkin spice — she’s sick of pumpkin everything: “There was a time when a pumpkin was a pumpkin,” she wrote. “Carve it up, stick a candle in, make a pumpkin pie. The humble pumpkin, however, has morphed into a marketing monster.” (Interestingly, with actual pumpkin increasingly being used in all kinds of different dishes like ravioli and cheesecake, as well as many ethnic foods, pumpkin pie now accounts for just 3% of total pumpkin consumption in the United States.)

Schmich ticks off a long list of products that are foisted upon the marketplace in recent years — some containing actual pumpkin, many not. But then she seems to give in, concluding:

But to the extent that pumpkin is just a notion, the notion of fall, we may as well enjoy Pumpkinpalooza along with the rest of the new season.

It feels good to change clothes, change habits, to live in a place where the shifts in the seasons make us feel and sense and see how time is always moving forward, and always looping back.

Which might be the best course for all of us. Pumpkin overload might be a bit much, but at the same time, is it really anything we should become enraged by? Probably not. Lots of people seem to enjoy the seasonal fun, heavily marketing-driven as it is, and the rest of us can choose to just shake our heads and move on. But there is one aspect to the pumpkin spice drinks that should concern us: The insane amount of sugar they contain.

There is one aspect to the pumpkin spice drinks that should concern us: The insane amount of sugar they contain.

McDonald’s medium-sized Pumpkin Spice Latte, which bears precisely the same name as the Starbuck’s original, contains 48 grams of sugar — about 12 teaspoons — contributing the bulk of the drink’s 340 calories. Fructose is the first ingredient listed in the “pumpkin spice flavored syrup” the drink contains. Starbucks’ and Dunkin’ Donuts’ concoctions are similarly sugar laden. But even here, it seems a bit much to shrilly demand “regulations” and “limits” on “what companies can concoct, market, and sell,” as Kristin Wartman did at the Huffington Post.

Part of her complaint is the fact that there’s no pumpkin present in pumpkin spice, which she says is “misleading, if not an outright lie.” The problem with her argument is that so many fans of pumpkin spice are well aware of this, and don’t seem to care.