Getting Dirty with Online Farmer Dating

Sisters Lucy and Emma Reeves, born and raised on English country farms, started a dating website for 'anybody who doesn't mind a bit of mud.' 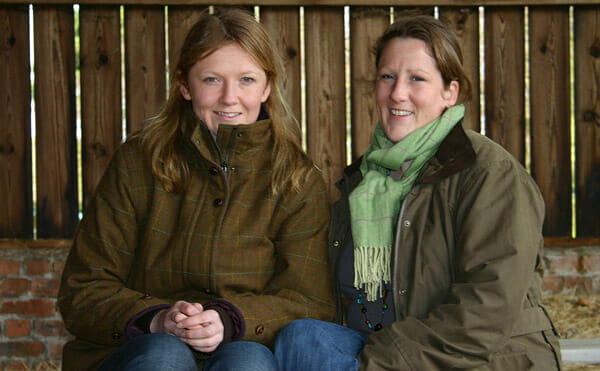 Like all the good ones, the Reeves’ idea was hatched over a couple of pints. Sisters Lucy and Emma, born and raised on English farms, weren’t content with the “local talent” they were meeting at country pubs. It was 2006; Internet dating hadn’t reached Bedfordshire.

Yet the sisters saw the web’s potential, to connect farmers and other rural folk who lacked dating options. In 2007, they made a nine-week tour of the English countryside in an RV, then launched Muddy Matches. Their target audience was “farmers, eco-warriors… basically anybody who doesn’t mind a bit of mud.”

Six years in, Modern Farmer caught up with Lucy (Reeves the younger) to see how everything turned out. 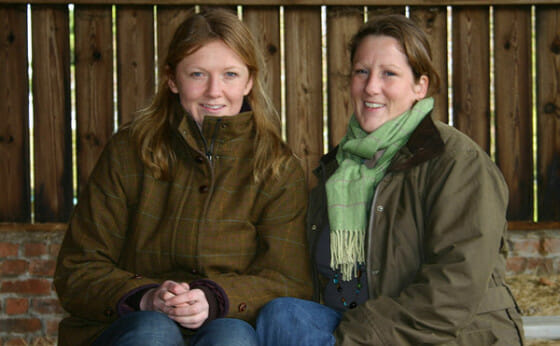 How do you think most farmers perceived Internet dating in 2006?

When we launched, online dating was still a taboo in the countryside. Some of my friends thought [Muddy Matches] was a rubbish idea, that it wouldn’t go anywhere. Online dating used to be kind of the domain of freaks and weirdos.

What kind of competition were you up against?

Most other dating sites were really twee, where you’d expect to see pictures of badgers walking into the sunset holding hands. That kind of thing totally alienated me in my 20s.

So what was your approach?

We wanted people to feel comfortable expressing their hobbies – farming, shooting, horses, all the different country pursuits. Like, I wouldn’t be comfortable putting up a picture of myself in a tweed jacket on a normal dating site. It’s easier when you’re showing yourself to like-minded people.

I imagine you get some great pictures.

Loads of blokes will put up pictures of themselves with tractors and diggers. We’re encouraging people to express their hobbies, no matter how “country” they are.

You must get a lot of animal pics too.

What’s the balance of men to women on your site?

It’s funny, we get about a 50/50 split of people registering. But when it comes to actually filling out a profile, it’s women who follow through. We’re constantly encouraging guys to take the next step, but they seem to get stuck after registration.

How have things changed since you launched?

I don’t know any farmer who isn’t online these days, but that wasn’t true five years ago. It’s become a necessity of their business, really. Internet connections may not be great – we have a lot of problems getting broadband in the countryside – but everyone’s connected.

How does your approach differ from FarmersOnly, the big farmer dating site in the U.S.?

Hand on heart, I cannot look at their site. You can only view it if you’re in the States! I’ve done as much research as possible without actually seeing it. I get the sense they’re geared towards cowboys and cowgirls. That kind of thing wouldn’t work over here. We’re horsey people, and we have milkmaids, but cowboys are an American thing.

I also think the imagery is different. In America, I picture just these massive fields with several combines going at once. Here, it’s more like green fields and hedgerows. Take a look at the pictures on our site; you’ll see what I mean.

Would you ever want to hang out with the FarmersOnly founders? I bet you’d have a lot to talk about.

Absolutely! For starters they could let me look at their website.

We have to ask: have you and/or Emma met your Muddy Match?

Not on our site, if you can believe it. (laughs) It seemed like an ethical conflict, taking people’s money and vetting their profiles, then trying to date them. We both met our other halves on dating sites… just not our own.

Ok am looking for serious relationships