The initiatives of one burgeoning social enterprise give Black-owned farms a platform while connecting them to a wider swath of locals and visitors. 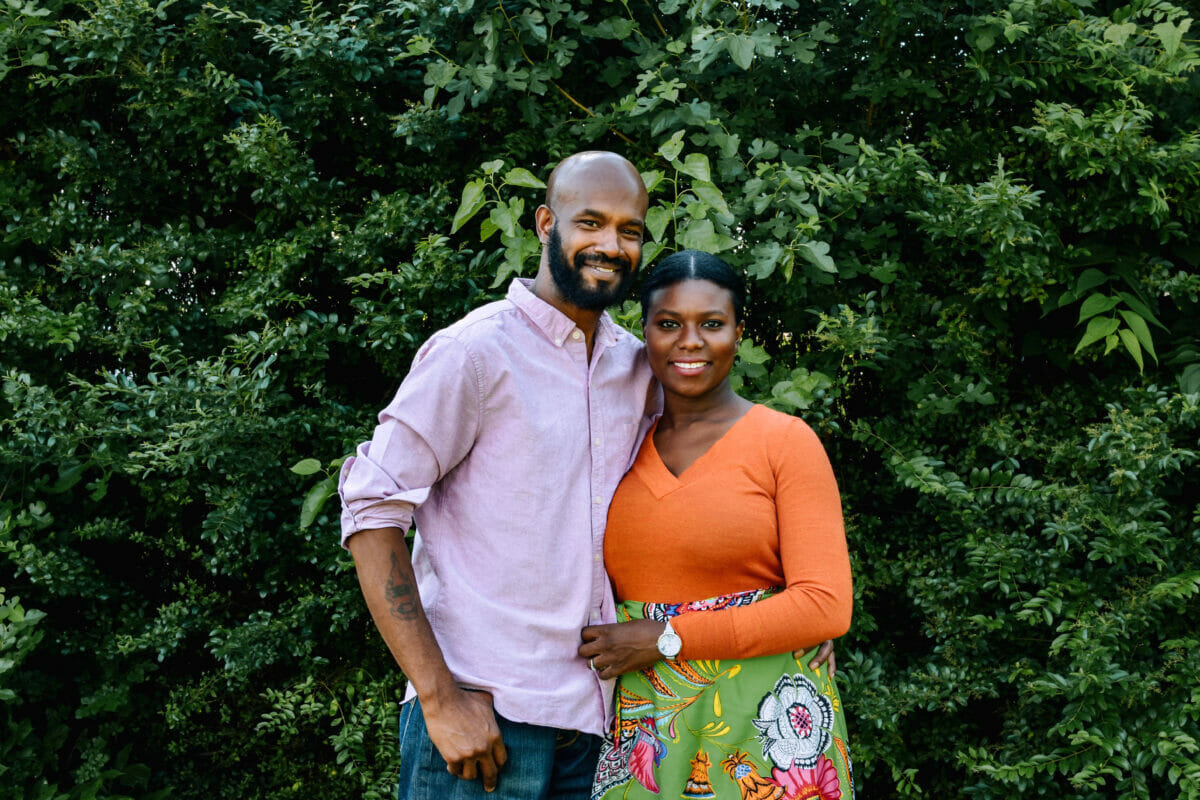 “Produce with a purpose” is how Ashley Smith describes her vision for Black Soil, the agribusiness she co-founded that links individuals and families with Black growers and producers across Kentucky. Smith says it evokes a sense of nostalgia and pride of place. “These moments actively bring to life our mission of taking them back to their heritage and legacy in agriculture,” says Smith.

In the early twentieth century, 15 percent of America’s farms were Black-owned. Today, of the nearly 76,000 farms in Kentucky, only 1.4 percent–roughly 600–are owned by Black farmers. Black Soil aims to face this disparity head on.

It started in 2017 when Smith, a Lexington native and University of Kentucky graduate, began attending city hall meetings and noticed that Black landowners in rural parts of Fayette County didn’t have a voice. Smith did further investigating and found a lack of active Black farmers in the area, which was surprising to her, as she grew up in rural spaces. She recalls picking tomatoes and cucumbers with her mom, dad and baby sister in her backyard garden and visiting her dad’s family on their sprawling family farm in Alabama, and counts ripe peaches, yellow watermelon and bell peppers topped with Creole seasoning among her favorite produce. She wanted to share those experiences with others.

With her husband Trevor Claiborn, Smith traveled outside of the county to meet and talk with Black farmers such as André Barbour and Teheran Jewell of Barbour Farms. The fourth-generation farmers shared some of the racist incidents they encountered, such as an inaccessibility to certain markets and tales of customers dropping their CSA shares after learning theirs was a Black-owned business. This struck Smith as both odd and disheartening. “The second largest city in the state is actively missing these grand opportunities to have connectivity and abundance, amplify positive stories and have a more shared, understood history.”

Smith and Claiborn, who holds a bachelor’s degree in agriculture, partnered with Barbour Farms to create the pilot program for Black Soil. The initial goal was to foster relationships between Lexington and Louisville natives and rural Black farmers through farm tours and other event-based education that builds respect for and understanding of the agricultural lifestyle–past and present. The eventual launch of farm-to-table dinners created an additional bridge, as harvested fruits and vegetables went into curated menus.

In 2020, Black Soil launched its CSA while also facing the pandemic and what Smith describes as “a convoluted corporate response to a racial reckoning.” She likened the challenges of that period to being in a library during an earthquake and having to decide between trying to hold up the falling shelves or not falling through the cracks on the floor. But she took it all as a sign that she needed to be doing even more. She refocused her sales, marketing and advocacy efforts, drawing on the small staff, several of whom began as interns, to create safe spaces within the larger industry. 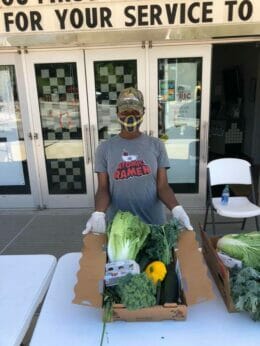 Over the years, Black Soil has evolved to include other Black farmers, allowing them to gain a greater market share and make healthier options more widely available to more people. Travis Cleaver of Cleav’s Family Market met Smith about five years ago, when their customer base was concentrated in Hodgenville, Elizabethtown, Fort Knox and Louisville. “Thanks to her marketing efforts, we quickly expanded into Lexington, and now it’s our largest area of customers,” says Cleaver. “Ashley has helped us grow tremendously with her expertise in marketing and her connections around Lexington.”

Today, Cleav’s Family Market is the primary produce vendor for Black Soil’s CSA, which has grown to 500 households. The surplus is sent to the city’s west end, a historically Black community in the middle of a food desert. But Smith is quick to point out that reducing their mission to putting vegetables in a bag misses the mark of purpose-driven agriculture. “You’re taking a farmer’s hard work and making sure a family–whether they have received their share through a donation or are paid in full–is receiving a high-quality representation of a Kentucky black farmer who prides themselves on their craft.”

Admittedly, the mission isn’t easy. Black Soil’s focus on economic unity, collaboration and cooperation is often in direct contrast with the overly competitive nature of multi-generational, highly-leveraged, wide-capacity mainstream agriculture. But while these traditional gatekeepers can often be close-minded, Smith says that the challenge of dealing with them is balanced by the reward of being able to walk away from anything that doesn’t further the goal of empowering Black farmers. “We don’t have to shrink ourselves into anyone else’s program that’s not fitting us,” she says. “We look at the sum of everything we do and what we can let go.”

As Black Soil enters its fifth year, Smith looks ahead to year 10 and beyond. She hopes to become a multi-generational Kentucky Black-owned agro-business, with ample funding and capacity-building opportunities to expand the already diversified lineup of services, products and programs. At the heart of it all is a philosophy of embracing the Black farmer as a centerpiece of sustainability for urban communities–whose enslaved ancestors who worked in hemp fields and distillery sheds on plantations served as the genesis for developing the state’s agriculture.

“This is a history that allows us to explore what makes us unique and see everyone represented at the same time–Black, white, rural, urban–across the spectrum of identity,” says Smith. “And it helps us tell that modern story.”

Great start! Just don’t expand further than your capitalization will take you. Take time, build up, get that staying power.

That headline is kinda racist if you think about it. Their “agricultural roots” is slavery so saying “Meet the Farmer Helping Black Kentuckians Return to Their Agricultural Roots” might offend some people (me included)

Popular
7 Smokable Plants You Can Grow That Aren’t MarijuanaBrian Barth
Agricultural Runoff Pollutes Well Water, a ‘Public Health Crisis In the Making’Madison McVan, Investigate Midwest
Move Over, Mezcal. A Sustainable Tequila Alternative Is Taking Over.Hollie Stephens
Why Don’t We Eat Turkey Eggs?Dan Nosowitz
6 Differences Between Llamas and AlpacasAndrew Amelinckx
Explore Modern Farmer
Related
Features, Food Security, Labor
The Rise of Virtual Farmers MarketsLeah Borts-Kuperman
Environment, Labor, Water
California Farms and Farmworkers Attempt to Recover From Record FloodsNaoki Nitta
Books, How-To, Lifestyle
How to Turn Your Garden Into a Business, No Matter the SizeEmily Baron Cadloff
MTMF, Plants
This Modern Farmer Wants You to Grow a New Potato StrainBevin Cohen
wpDiscuz
We use cookies on our website to give you the most relevant experience by remembering your preferences and repeat visits. By clicking “Accept”, you consent to the use of ALL the cookies.
Cookie settings ACCEPT
Privacy & Cookies Policy