A New Egg Co-operative Has Hatched in the Western U.S.

ProEgg members are hopeful their model can plug up holes in the supply chain contributing to egg scarcity and sticker shock. 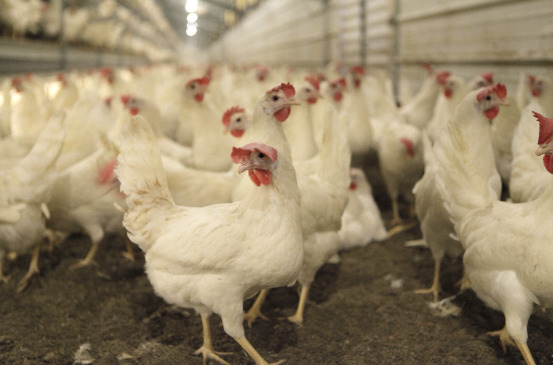 It doesn’t always pay to be an egg farmer—just ask Cliff Lillywhite.

The owner and president of Oakdell Egg Farms, in North Salt Lake, UT, says he’s never experienced a year more difficult or more disruptive than the one that’s just passed.

“Our farms were not spared from bird flu,” says Lillywhite, referencing two separate incidents that required him to cull nearly half of his flock, more than one million chickens.

There is the emotional impact of culling an inflected flock and there’s the financial impact, too, he explains, having lost several thousand dollars. But what also weighs heavily, says Lillywhite, is knowing that his business was partly responsible for egg scarcity and bare shelves in the communities they serve.

“My wife’s family started this business in 1905, and the family has always felt an obligation to our loyal customers,” he says. “I thought ‘we can’t keep going like this if we want to stick around. Something has to change.’”

He’s hoping a new co-operative, ProEgg, will remedy his farming woes. Together, eight farms in the western U.S. are raising a collective 24 million hens, and Lillywhite he says everyone has the same reason for teaming up: They can’t navigate today’s challenges in agriculture on their own.

“There’s strength in numbers,” says Lillywhite. “We’re going to be able to help each other out and stay nimble with production to ensure our customers can continue to rely on us.”

The goal for ProEgg is that, by having a wide pool of producers, there’s access to supply that could fill any gaps in orders. In the case of an avian flu outbreak or any other situation, one member of the co-op could take over fulfilling orders from another member, instead of letting production screech to a halt. 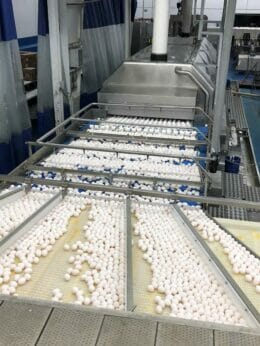 Ric Herrera, ProEgg’s CEO, will be overseeing sales and customer relations for the farmers. He anticipates that, by reducing supply shortages, consumers will also see a price reduction.

“I see this model being key to the sustainability of egg producers in this country,” he says. “There are a lot of smaller producers that don’t have the scale of operations to cope with a hit to their production, and a lot of them are facing a decision to leave the industry. It’s a scary, scary thought.”

Lillywhite says his motivation for joining the co-op is that he’s particularly worried about future bird flu outbreaks.

Since the outbreak was detected in February 2022, it’s been deemed the deadliest year for outbreaks in U.S. history. More than 57 million birds in hundreds of commercial and backyard flocks have been affected by it—according to the U.S. Department of Agriculture data. The depopulations at commercial facilities have decreased the domestic egg supply by about 7.5 percent on average each month since the outbreak began. And, although the United Egg Producers has projected “a lull in detections” over the next few months, there is anticipation that cases will pick back up again as the bird migration season renews.

Farmers with flocks that become infected must complete a carcass disposal, followed by thorough cleaning, disinfecting and a 28-day downtime period where they are unable to start raising flocks. The state also has to complete surveillance testing on birds before they’re cleared to enter commercial markets. The entire process can push producers back by 10 to 15 weeks. But it takes on average four to five months, says Lillywhite, for a producer to bounce back to peak productivity.

Combined with inflationary issues such as the high cost of feed, fuel and packaging, an outbreak can really take a bite out of profits. It’s also one of the reasons U.S. supermarket shelves are often bare or sell product at a markedly higher rate.
The U.S. Bureau of Labor Statistics says egg prices in December rose 60 percent from a year earlier.

Some stores such as Kroger, Whole Foods and Lidl have put limits on how many cartons of eggs buyers can purchase at once, simply because supply is stretched so thin. “We’re hoping to avoid that,” says Lillywhite. “It will be a successful year for me if I see no empty shelves in the regions I serve.”

ProEgg’s head office will be based in Aurora, CO, where Herrera will be working with a team concentrating on expanding its reach.  “We want the farmers to only have to focus on and worry about one thing: producing eggs,” he says. “That’s what they’re good at.”

The co-op is in the process of finalizing its details and building out a plan, but it is scheduled to take over sales in the spring. Members will offer up a percentage of their profits to Herrera and his team. Although that percentage or fee has not yet been established, Lillywhite says he suspects it will be a “moving target” adjusted to market conditions.

In order to keep Oakdell Farms alive, the business has to adapt to change—and band together with its neighbors.

Sounds real good to me. Paid over $7/dozen for jumbo eggs last week. Most ever paid for eggs in my entire life.

Whenever farmers band together, they all benefit.…
Former General Manager of the Canadian Egg Marketing Agency.

Popular
The Fertilizer Shortage Will Persist in 2023Shea Swenson
7 Smokable Plants You Can Grow That Aren’t MarijuanaBrian Barth
Agricultural Runoff Pollutes Well Water, a ‘Public Health Crisis In the Making’Madison McVan, Investigate Midwest
Move Over, Mezcal. A Sustainable Tequila Alternative Is Taking Over.Hollie Stephens
Why Don’t We Eat Turkey Eggs?Dan Nosowitz
Explore Modern Farmer
Related
Features, Food Security, Labor
The Rise of Virtual Farmers MarketsLeah Borts-Kuperman
Food Security, news
Record-Breaking Egg Profits Prompt Accusation of Price GougingClaire Carlson, The Daily Yonder
Environment, Labor, Water
California Farms and Farmworkers Attempt to Recover From Record FloodsNaoki Nitta
Food Security, Labor, news
A New Egg Co-operative Has Hatched in the Western U.S.Lindsay Campbell
wpDiscuz
We use cookies on our website to give you the most relevant experience by remembering your preferences and repeat visits. By clicking “Accept”, you consent to the use of ALL the cookies.
Cookie settings ACCEPT
Privacy & Cookies Policy