Where Has All the Mustard Gone? - Modern Farmer
Environment, Food & Drink

Where Has All the Mustard Gone? 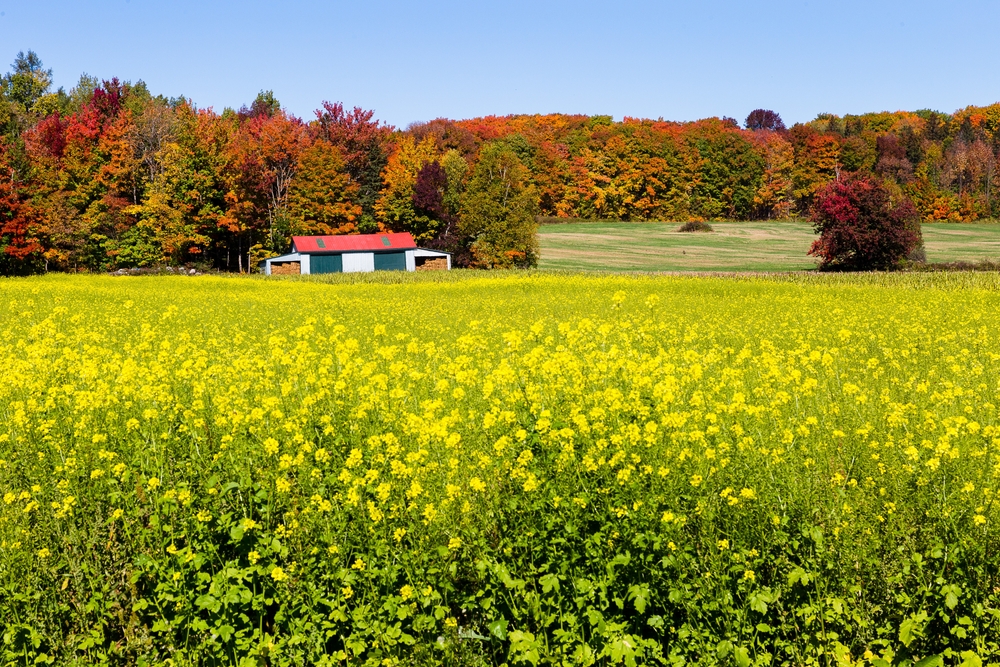 Essential to a traditional vinaigrette and divine when accompanying a piece of ribeye, mustard is one of those condiments often found sitting on French people’s fridge doors. The French consume an average of one kilogram of mustard per person every year. However, in the past few months, the condiment has been missing from many households and supermarket shelves have been left barren.

On TikTok, the term “home made mustard” commands more than 770 millions views, more than 10 times the views on homemade chocolate chip cookies. Across the French media platforms, chefs offer tips on how to use mustard alternatives such as horseradish and wasabi while tourists traveling abroad fill up their luggage with mustard jars rather than souvenirs.

But where has the mustard gone? While the recent shortage of eggs in Europe can be explained by the avian flu raging on the continent, the shortage of mustard is much more complex. Rather than being caused by one single event, it is the result of a convergence of global environmental and geopolitical instability.

It all started in the summer of 2021. From June to July, the west coast of North America experienced one of the most extreme heatwaves in its history. Temperatures in the Canadian town of Lytton, British Columbia reached record highs up to 121°F (49.6°C), causing heat stress to plants and impacting food production.

But what does this have to do with Dijon mustard? Although France’s Burgundy region is known for its tangy condiment, the country only grows a small amount of the mustard seeds needed for its production. The Dijon variety, in particular, is quite different from the milder and sweeter yellow mustard found in the UK or the US. It is made from brown and black seeds, also known as Brassica juncea and Brassica nigra, which are produced on a large scale in Canada.

French manufacturers import on average 80 percent of their seeds from North America. But, according to a report from Agriculture and Agri Food Canada, last year’s ravaging drought caused mustard seed production to drop by 28 percent, forcing producers to nearly double their prices. There weren’t enough seeds left for the mustard mills to work with; combined with rising prices, the entire production was compromised.

But that’s not the only reason why mustard has disappeared for months. Often, customers wouldn’t feel the effect of one country struggling with crop production. In the context of globalization, many countries act on the same exports; as one falters, another might benefit and increase its trading potential.

This could have been the case with mustard, considering that Russia and Ukraine are other key producers of the seeds. Unlike Canada, they produce yellow mustard seeds, popular in most of Europe. However, in early 2022, as Dijon mustard’s availability started to shrink, the Ukraine war broke out. Suddenly, seeds from Russia and Ukraine were unavailable, and Dijon’s manufacturers were left with no alternative. With no Dijon, French consumers turned to plain old yellow mustard, but they also had to compete with the rest of Europe’s demand for the condiment. There was simply not enough to go around.

But the combination of low production, increasing energy costs for the mills and the skyrocketing price of glass for the jars caused by the war resulted in Dijon suppliers struggling to meet demand.

In the industry-specialized media Usine Nouvelle, Luc Vandermaesen, president of the Moutarde de Bourgogne association explains that “Ukraine, without being a big producer [of black and brown mustard seeds], represented a backup plan. We were counting on it to bridge the gap with the next harvest, but this solution has fallen through.”

Thankfully, the harvest in Canada for 2022 is forecasted to be better than expected. A less threatening summer and an increase in the amount of land dedicated to mustard seed production has left farmers confident about meeting demand. However, due to the ongoing Ukraine conflict, prices will remain historically high at $2,050 a tonne, compared to $885 in 2020.

Despite mustard likely returning to the shelves this winter, climate change’s unpredictability still presents risks for the future, as heatwaves are becoming longer, more frequent and more intense. After this year’s shortage, French mustard producers have been working to regain control of production to minimize risks. Until now, so many farmers had given up on growing these crops in the face of international competition and production difficulties caused by the black flea beetle and the ban by the European Union of the use of the relevant insecticide. One of the only ways left today to allow the revival of this sector is to rely on organic farming, which, due to the higher prices of mustard seeds, can finally be competitive in the market, allowing farmers to compensate for the uncertain yields caused by pests and unpredictable weather.

The French mustard sector now hopes to double its production by the end of 2023. To help with this objective, the mustard industry has also called on the EIP, an innovation partnership of the European Commission, to set up a research program to create new varieties and develop the organic sector. The proposed program is seen as essential to the sustainability of mustard seed production in Burgundy and to the quality and local supply for Dijon manufacturers.