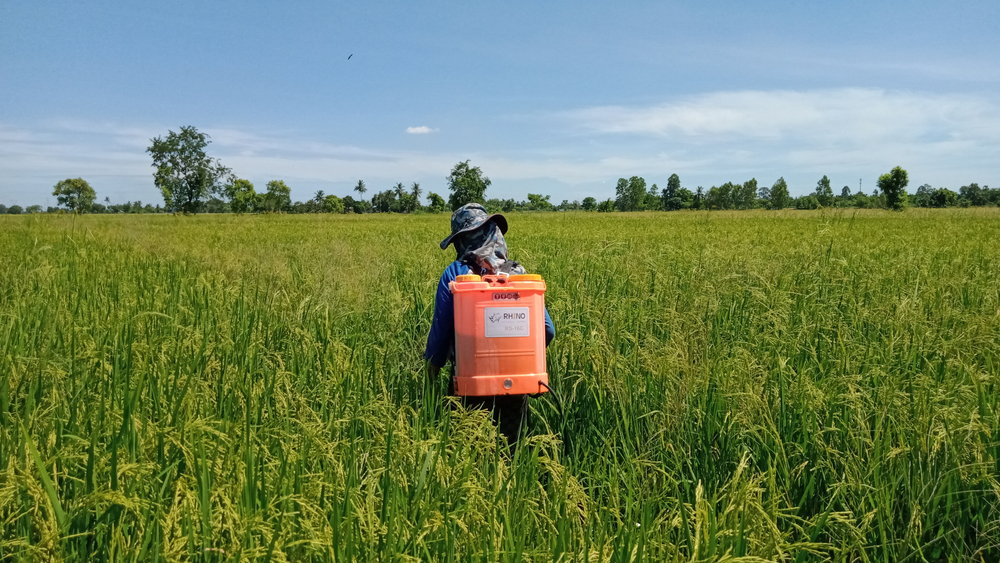 Agriculture technology is a double-edged sword. In some ways, it has made food production more efficient, boosting yields, reducing the time farmers and farmworkers spend in fields and allowing inputs to be more precise. But, as is the case in rice production, a farming innovation can sometimes backfire.

One of the most problematic weeds that rice growers encounter is something called weedy rice. Also known as red rice, weedy rice is the bane of rice farmers’ existence. It’s been estimated that yield losses from weedy rice infestations in the US alone would be enough to feed an additional 12 million people a year. Although the crop is edible, weedy rice has been dubbed a low-grade rice imposter that produces far fewer grains per plant and is, therefore, treated as a weed.

In the early 2000s, an herbicide-resistant rice variety known as Clearfield rice was introduced, providing a way for farmers to cultivate rice without dealing with the pesty weedy rice. It seemed like a magic solution, but two years after the new rice variety was adopted in Arkansas, farmers reported cases of weedy rice no longer responding to herbicide applications.

A new study published in the Communications Biology documents the work of scientists from Washington University in St. Louis and the University of Arkansas, who conclude that the weedy rice evolved to become herbicide resistant due to a certain genetically modified innovation.

Through a genetic analysis of weedy rice before and after the Clearfield introduction, scientists discovered that the herbicide-resistant gene moved from the cultivated variety into weed populations. In other words, the crop and the weed hybridized, and those hybrid plants evolved back into weedy forms.

Kenneth Olsen, a professor at Washington University in St. Louis, helped lead the research and said the paper provides the first glimpse of how weedy rice is adapting to herbicide-tolerant and hybrid rice technologies in the US.

He says there are likely many other traits the weedy strains have taken on to adapt for optimal growth. This is something researchers hope to understand in future studies

The study’s findings come at a time when rice farmers are also dealing with other factors threatening food security, including hiccups in the global supply chain, increases in the cost of fertilizer and severe weather stressors.

Olsen says that, while many producers are aware of their other options, it’s important to take a dynamic approach. This could include crop rotation and avoiding overreliance on a herbicide system. Producers in China and Vietnam have also used ducks and geese to chow down on weedy rice as a form of pest control.

“These strategies are all the more critical now that weedy rice is adapting via crop-weed hybridization, since all that outcrossing enhances the genetic diversity and adaptability of the weeds,” says Olsen.  “We’ve inadvertently armed the weed populations with the genes of our best crop cultivars.”

Do many food producers trapped in our fossil fuel paradigm, extorted by the monopolizing agro chemical industry, trust permaculture?
I listened to my neighbor explain the cost of spraying grapes all season until harvest. I was shocked at the business model. Farmers bear all the risk while suppliers cash in. Hmmmm