The Future of Breadfruit in the Fight Against Food Insecurity

Study after study confirms breadfruit’s resilience in the face of a changing climate. 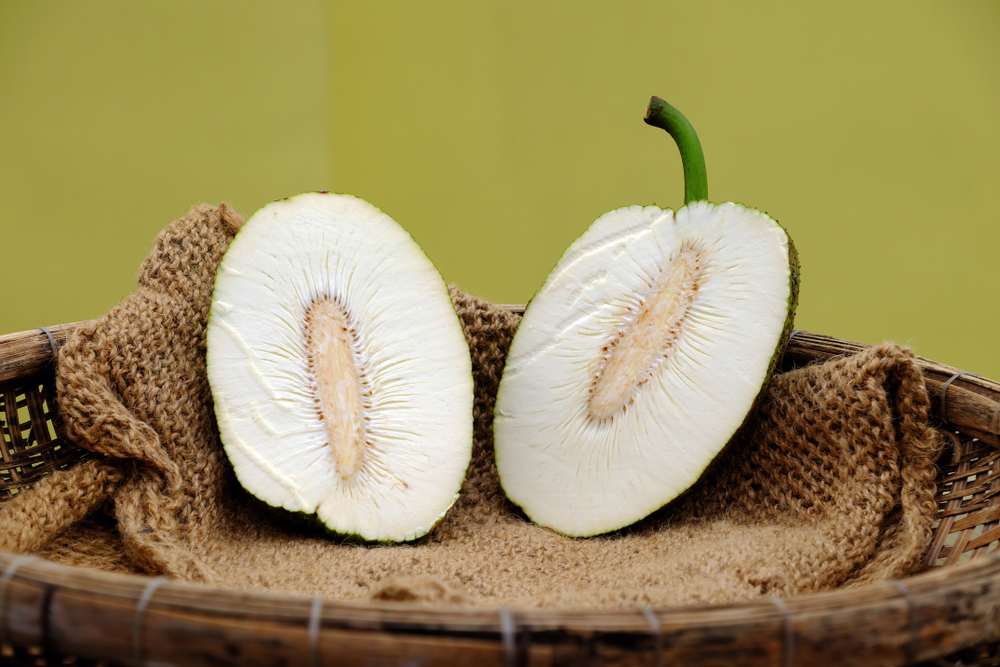 As climate change impacts the prominence of staple foods across the globe, breadfruit might become the new bread and butter of starchy crops.

Breadfruit—a starchy, seedless fruit that blossoms from a tree in the mulberry family—has a flavor that resembles that of chestnut or artichoke, and it is a prominent part of diets in the South Pacific and other tropical regions. As evident by its name, the fruit’s flesh has a bread-like texture and is often prepared similarly to a potato.

Unlike more common crops such as rice, corn and soybeans, which researchers predict will see major impacts in the face of climate changes, breadfruit yields are expected to remain relatively unaffected. At least, that’s what researchers from Northwestern University found in a recent study, published in PLOS Climate earlier this month.

According to the findings, breadfruit is particularly well suited for low-latitude agricultural regions, where higher levels of food insecurity are predicted to rise in years to come. For the study, the researchers compared ideal conditions for breadfruit to the predicted changes in future climate conditions in breadfruit-growing regions such as lower Central America, northern South America and the Caribbean—between the years 2060 and 2080.

Researchers found that, even with the changes in climate that regions are predicted to encounter such as increased temperature and precipitation, the weather patterns won’t “move outside the window in which breadfruit is comfortable,” said Lucy Yang, first author of the study.

Once established, typically after around five years, a breadfruit tree can tolerate drought and extreme heat much better than other staple starchy crops. And as perennial plants, the trees require fewer inputs such as water and fertilizers.

Daniel Horton, an assistant professor of Earth and planetary sciences at Northwestern and a senior author on the study, says the fruit could come in handy to supplement starches on plates when other crops struggle with yields. “Breadfruit is a neglected and underutilized species that happens to be relatively resilient in our climate change projections,” he says. “In really hot conditions, some of those staple crops struggle and yields decrease. As we implement strategies to adapt to climate change, breadfruit should be considered in food security adaptation strategies.”