Hitting the water with farmer Devon Saila and her beach-loving goats. 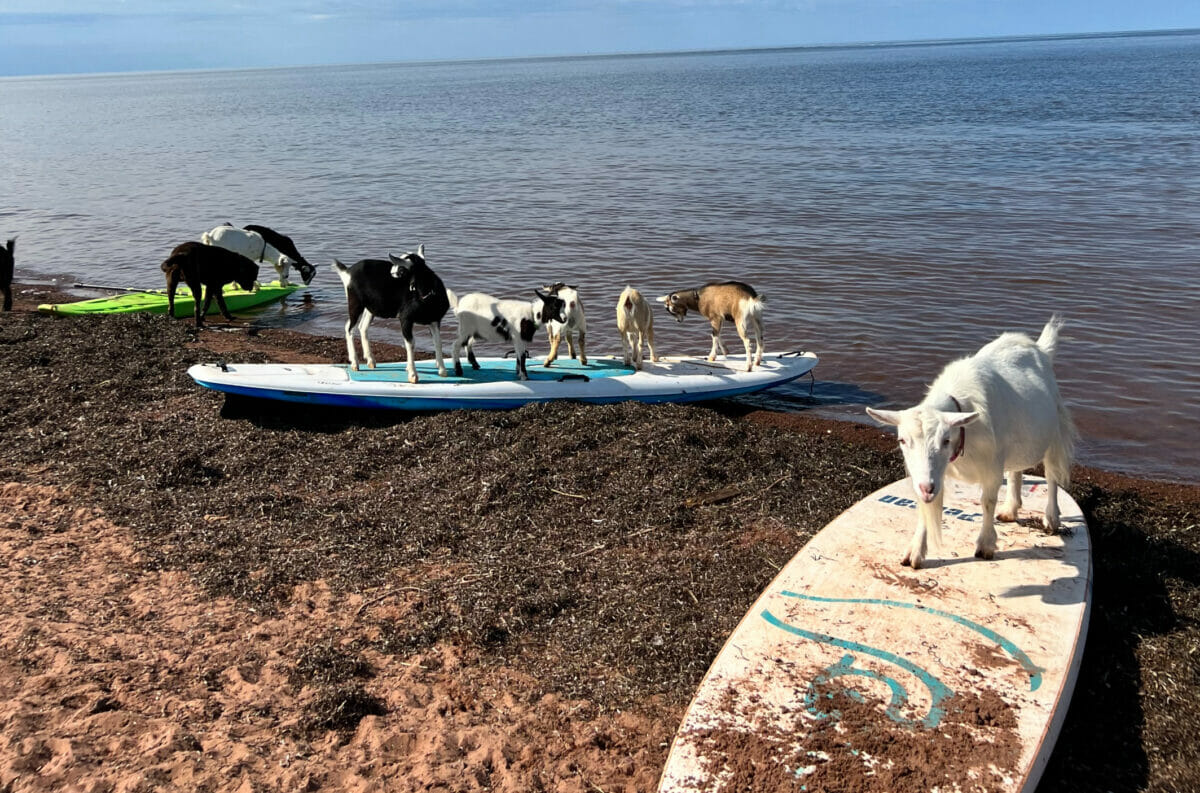 When Devon Saila moved from Ontario to a farmhouse along the southwestern shores of Prince Edward Island in 2015, she had only planned on one thing: starting a goat farm. She’d always loved goats and now that her property stretched for acres between Route 11 and Egmont Bay, she could properly care for these animals and give them free range to roam.

At first, Saila wasn’t entirely certain how she’d create capital raising Nigerian dwarf goats and a few Alpines. As she dreamed up business possibilities, she spent time on Egmont Bay as it lapped at the shores of her property. The goats joined her, feeding on the tall beach grass. Saila watched as her son, Keegan, who was seven at the time, kept his balance on a paddleboard she’d gifted him. The board offered a way to occupy his time in this remote corner of Prince Edward Island.

Then something peculiar happened. One of her goats, Wrecks—named as such because he wrecked everything—jumped on the board with Keegan.

As Keegan started to paddle away from the shore, Wrecks refused to abandon ship, despite a goat’s typical distaste for water (and despite Wrecks being one of the few goats in the herd not given a pirate-related name). As the boy paddled, the nimble-footed ruminant stepped carefully around him. When a second goat was added to the board, the pair rammed heads between Keegan’s legs.

“It all started accidentally,” says Saila.

But the accident continued. Whenever she took the paddleboard down to the water, the goats, never tired of the activity, followed her and jumped on the board. The goats’ consistency had planted the seed of a business idea. 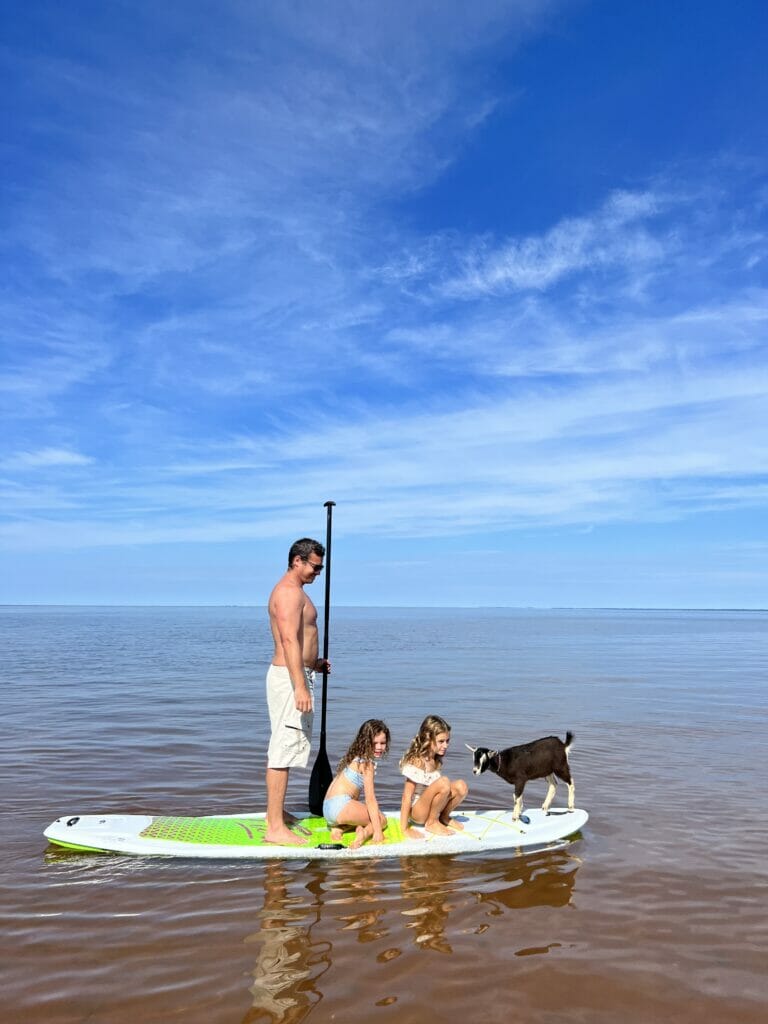 The author and his daughters with a paddleboarding goat.

When the next generation of goats came along, their attraction to the water and the board sport were almost innate. The few-month-old kids were also less rambunctious on the paddleboard, which meant that they wouldn’t headbutt paddlers into the Northumberland Strait, unlike Wrecks, who, Saila says, “gets his jollies from knocking people off.”

In 2019, Saila purchased additional paddleboards and started Beach Goats, a company that allowed guests to paddle out into the bay with members of her herd.

Many of the things that worried her turned out to have hidden benefits. For instance, when the goats were thirsty and dipped their heads into the saltwater for a drink or snatched green bouquets of seaweed, she panicked that the seawater and sea plants would make the goats sick. But the veterinarian encouraged such behavior, as goats need both salt and minerals to stay healthy, and the Northumberland Strait and its slippery flora provided each, respectively. It also eliminated the added expense of buying salt licks and hauling pellets to supplement the goats’ mineral intake.

Saila then started offering additional services, but she permitted her goats to make all the final decisions. She noticed that the herd enjoyed interacting with people and going on walks. Taking a cue from these behaviors, Saila began offering goat yoga and hiking excursions with a few Nigerian dwarf goats.

“Last summer, the babies loved bouncing on the trampoline,” says Saila, who considered other potential business opportunities that involved goats and customers going for a bounce together. But then the Nigerian dwarfs grew up and tired of the trampoline, sending Saila back to the drawing board—and the goats back to the paddleboard.

This is by far the best news story I’ve read today. Now I can go face the world. Thank you!