States and agricultural associations are calling on the US Senate to pass the Farm Workforce Modernization Act, which would provide important updates to the H-2A temporary workers program on which the industry has come to rely. 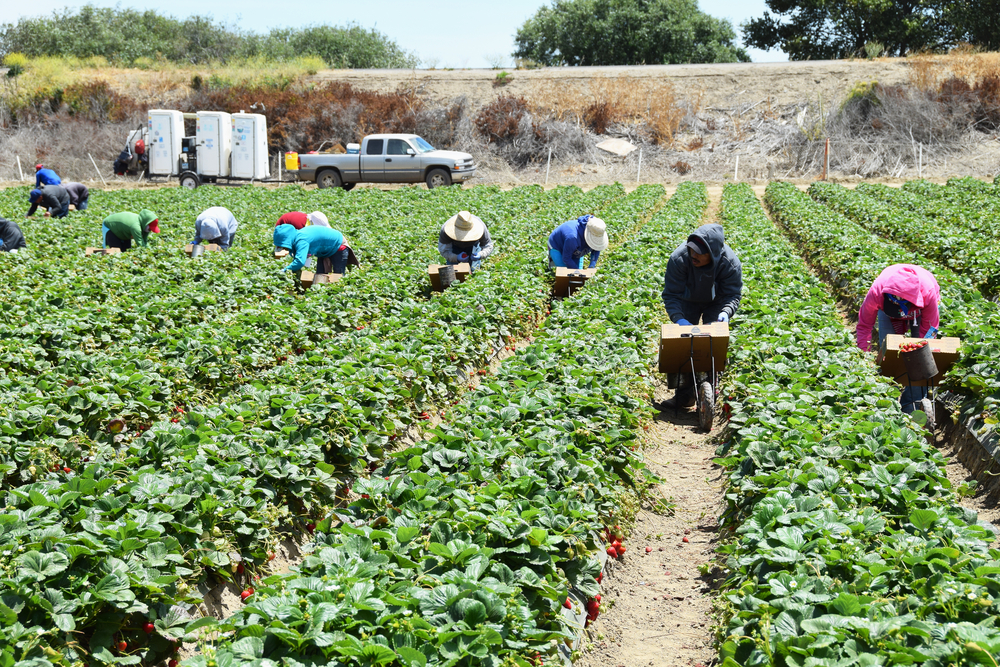 Farms across America are struggling to find enough workers.

In hopes of deepening the pool of potential workers for American farms, Senate Republicans and Democrats are working to push through an immigration bill known as the Farm Workforce Modernization Act.

The bill has been stuck in limbo for more than a year as members of the Senate struggle to reach compromises on provisions in the bill’s language. One major sticking point involves a section that would allow the possibility of employees filing lawsuits against their employers.

Historically, the Migrant and Seasonal Agricultural Worker Protection Act (MSPA)—which enables employees to file lawsuits against their employers when they feel that the employer has violated the law—has excluded seasonal workers that are a part of the H-2A visa program.

For decades, farmers have relied on the H-2A temporary agricultural workers program, which allows foreign workers to enter the US to work in the agricultural industry. But the program only allots the workers seasonal jobs, up to a 10-month period, before their time runs out. Because of this, ag industries such as dairy or livestock—which require help all year and not just during specific harvesting times—struggle to get the workforce they need.

The prominence of the program has uncovered more issues within it. In order for farmers to hire H-2A workers, they need to submit official requests for employees 60-75 days in advance of when they are needed. Also, the program has a limit for long-term extensions and requires a three-month waiting period for applicants to reapply for a possible extension.

The new measure seeks to amend the inconveniences of the H-2A program by, as one example, allowing farms in need of year-round workers to hire help through the program. The bill also allows potential legalization of temporary foreign workers who have extensive past experience in farm work. Additionally, the act would allow workers through the program the same right to take legal action against employers that other farm employees have, causing friction for Senate negotiators.

Supporters of the bill argue that most farm employers are used to complying with the MSPA for some employees regardless, so adding H-2A workers to the mix shouldn’t be an issue. Skeptics of that section of the measure, such as the American Farm Bureau Federation, worry it may result in senseless lawsuits that would hurt farm operators who already run on tight finances.

Of course, the temporary visa program is not the only factor playing into the shortage of farm labor.

As AgAmerica reports, other contributors include a declining interest in agriculture in the face of rising land prices, high start-up costs for farming machinery and tech, as well as volatile commodity prices. Aging farm operators—only nine percent of farmers are age 35 or under—is also considered to be a contributing factor in staffing issues.

Even so, modernizing the visa program, which has existed since 1986, would be a major step in mitigating labor issues. As such, painfully understaffed producers across the nation are speaking up and pushing for the immigration reform to alleviate their staffing struggles.

Last month in Maine, farmers spoke at a media event urging the adoption of the bill. In Indiana, members of Congress and local farmers took to the press to dictate the need for the Senate to enact the legislation. Western Growers, which represents family farmers in Arizona, California, Colorado and New Mexico, released a video calling for lawmakers to vote the bill into law.

Some tentative deals between negotiators have been reached on the bill, but the ultimate fate of the measure lies in the ability of the House and Senate to get wholly on the same page. As American farmers and producers grapple with the impacts of labor shortages, that fate is still unclear.