It’s Time For Fashion to Talk More About Regenerative Agriculture

For fiber and textile producers, the path to growing sustainable cotton, hemp and flax is complicated. 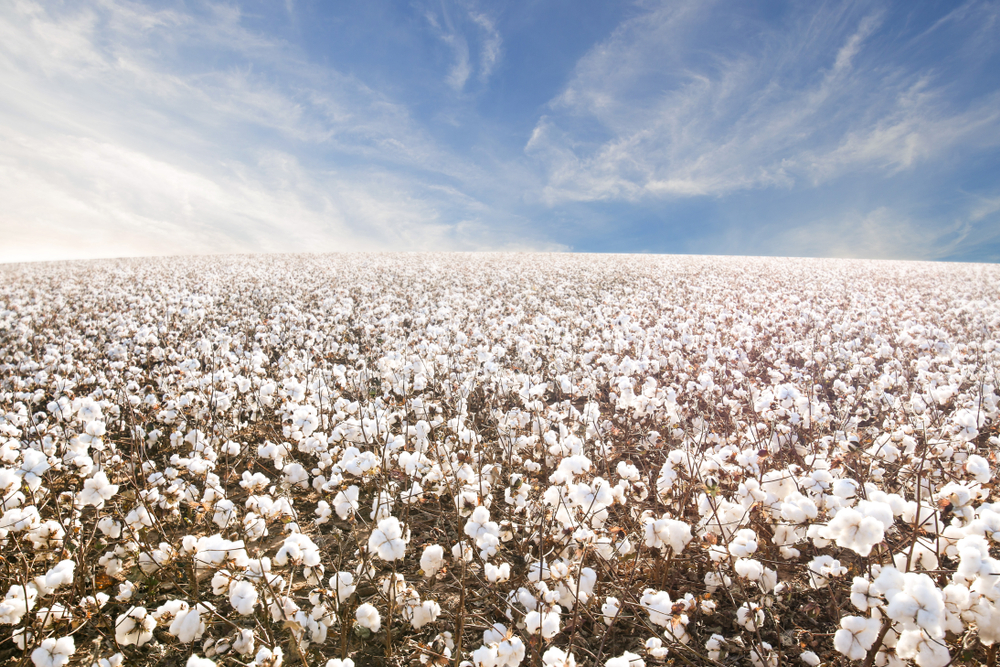 For many food crops, the process of getting from the field to your fork is relatively simple. Take an apple, for instance. It’s picked and cleaned, then graded to see where it will end up. If it’s bound for the supermarket, it’s tagged and put on a pallet with other apples before it’s loaded  onto a supply truck. That process gets a bit more complicated for imported or exported foods, but it’s a similar procedure.

Now take a cotton dress. Before it ended up on a store hanger, it was grown in a field. But how did it get to the store? First, the cotton was picked and cleaned by the farmer, just like our apple. It was also graded to determine if it could be woven into fiber. The cotton was bundled together and shipped from the farm where it was grown to the processor, perhaps located in Vietnam or India. Those processors weave the cotton into a yarn or workable fiber and then send it off to garment factories to make the actual dress patterns. Those factories might be in Cambodia or China. If the dress has a lining, that’s made separately. Maybe the dress has embroidery; that’s another factory in another country. Maybe the dress is bleached or dyed. Eventually, all of the pieces are ready to be patterned together, so they all get shipped to the dressmakers, this time in El Salvador, who put it all together, before sending it back to the United States to be sold.

That’s a long way to go for a cotton dress.

While consumers are paying more attention to regenerative agriculture as it applies to our food supply, not much discussion has been generated around fiber crops, which make up a huge swatch of arable land in the United States, especially cotton. The US is the world’s largest exporter of cotton. Over the 2019-2020 season, the US produced nearly 20 million bales of cotton, worth about $7 billion.

There are about 18,600 cotton farms across the country, located mainly in southern states such as Texas, Georgia, Arkansas and Mississippi. While cotton is the main fiber crop grown in America, there is also a rising number of hemp and flax farms, generally around the Pacific Northwest and throughout the Midwest. How are those farmers approaching regenerative agriculture? And what can they do to offset the high production that goes into the manufacturing side of fashion?

For one cotton farmer in Texas, the answer might be to downsize. Jeremy Brown farms about 5,000 acres of mainly cotton outside of Lubbock, Texas. Together with his wife, Brown co-owns Broadview Agriculture, an agriculture S corporation, and oversees a dozen farms in the region. For him, moving further into regenerative practices might take giving up some of his land—with which he’s more than OK. 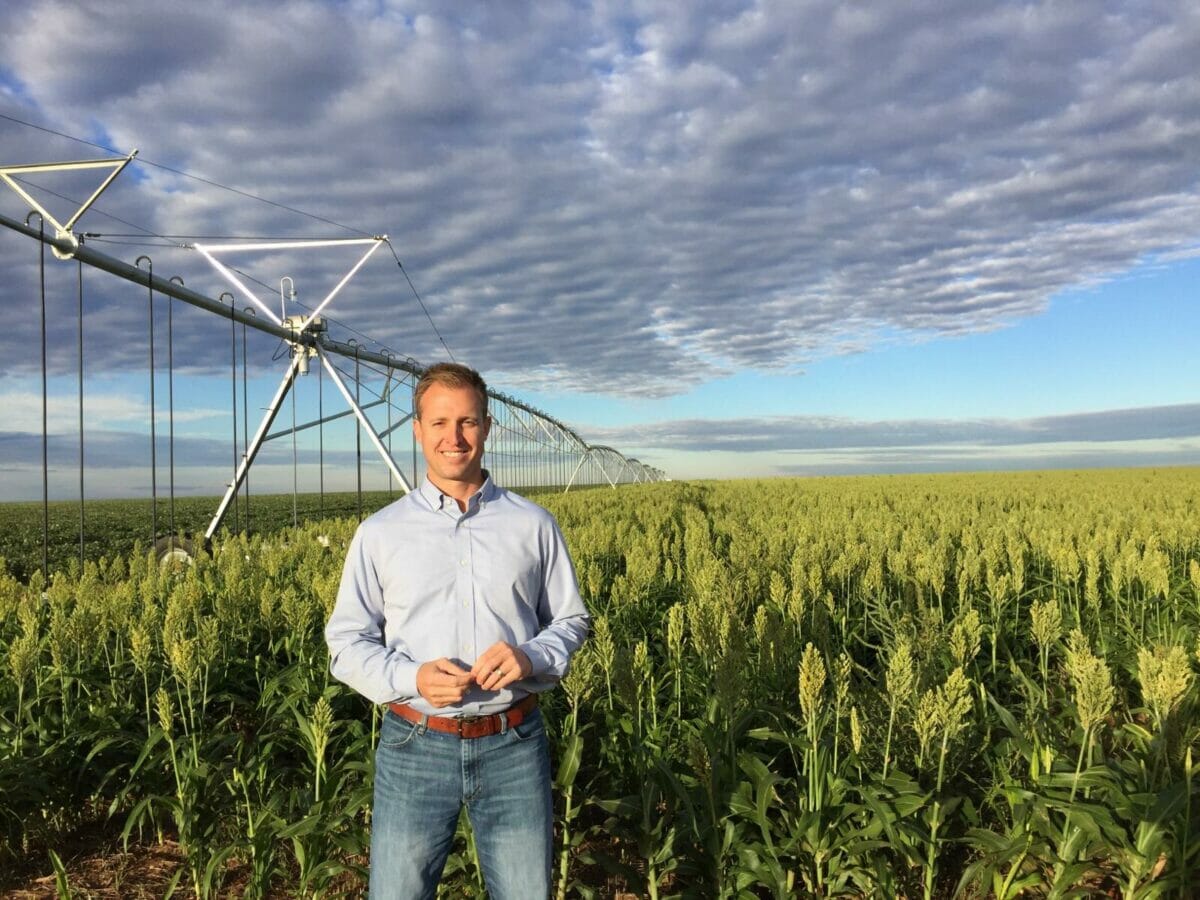 “I’m at the point now where I want to get better with the land that I have, even if that means going smaller,” Brown says. “Early on, I fell into the trap of thinking that I had to farm all of these acres, and now I just want to farm the land I like, where it fits my operation and the landowners are like-minded.” While Brown isn’t in the process of letting go of his land just yet, he says he could stop farming about 1,000 acres as a start.

It’s an unusual message coming from a farmer, but it’s one that Brown has thought a lot about. Around 2013, Brown decided to move a small amount of land over to an organic cotton operation. It takes three years to become a certified organic farm, and he wanted to experiment. At the time, he viewed organic farming as a way to potentially increase income.

The results were a revelation. Brown wasn’t spraying chemicals like he did on his conventional patch of land, but he was getting great results. “I started seeing things from a different perspective,” he says. It’s also around the time that he discovered regenerative farming practices and came to think that he’d been “focusing on the wrong thing.” Like many farmers, he was preoccupied with yield, but what if he turned his focus to the soil?

“When I looked at my profit and loss statements, as a business owner, the organic [and regenerative] cotton was the one consistently making me more money,” Brown says. “It might not be making as many pounds, but dollars per acre, I was definitely making more money.”

In response, Brown started converting more and more of his land over to organic and regenerative practices, and now close to 3,500 of his 5,000 acres are certified organic. Still, he’s definitely in the minority. Even Brown’s neighbors are skeptical about making the switch. “When I talk to my neighbors about regenerative agriculture, they immediately say ‘well, that won’t work here, because the weeds are too bad or the climate is too bad,” says Brown.

And if the majority of cotton growers is eschewing regenerative practices, that makes the environmental footprint of our cotton dress even larger. Organic cotton represents less than one percent of cotton produced in the US, but maybe other certifications could help. While the USDA does certify organic farms, there are no larger governing bodies that look specifically at fiber and textile farms. Tasha Lewis, an associate professor of fashion and retail studies at Ohio State University, says maybe that should change.

“It can be good to have those certifications, because people might understand what they mean,” Lewis explains. That could look like a government agency, similar to how the Consumer Product Safety Commission looks at the safety of textiles. Or, Lewis says, it could be a larger industry association that bands together to showcase the sustainability of its fashion brands. “The demand is there,” she says. But the industry is still quite secretive.

“We really need transparency. Think of the farm-to-table movement,” says Lewis. Consumers pushed for more transparency, and a trend of local and regional cooking sprung up. However, “transparency for the apparel industry is hard,” she says, “because a lot of information can be proprietary. Some companies are really trying, putting up their factory list [where they produce their garments]. That also means their competitors know where to make the really good stuff.”

Is there a fiber or textile that’s more sustainable or more environmentally friendly than others? Should we all opt for cotton wool or embrace athleisure lycra? Lewis says that, just like food, consumers have to pick their poison. If eating organic is high on their priority list, they would purchase organic over anything else. If someone cares about local food or vegetarian meals, they would focus on those. Consumers adjust their purchases to match their priorities. It will have to be the same with clothing.

“If you care more about land water use, then maybe bamboo is great or flax. But cotton is a very thirsty crop and [conventionally grown cotton] needs a lot of pesticides. But if you care about the chemicals pushed out into the environment, then bamboo might not be so great,” Lewis explains. “Now polyester, it’s derived from petroleum. But it doesn’t need a lot of hot water when you clean it, which cuts out a lot of the energy used in the consumer care phase.”

Essentially, there’s no one perfect fiber to choose, although Lewis is a big proponent of buying used clothing and recycling. Nearly 95 percent of textiles can be recycled, even polyester. There is even insulation made from old jeans.

So, there are ways to get more life from clothing and ways to change up the fiber farms. But when it comes to the production of clothing, that global spectacle of transferring fiber back and forth, what can be done?

Some of that change will come down to consumer demand, but there are insiders pushing for new developments. Arizona Muse, a model and activist, wanted to learn more about the very clothes she was being paid to wear. The more she looked into the garments, the more Muse discovered that much of the clothing supply chain is obscure and hidden. “It’s so distant that people don’t even wonder where our clothes come from,” she says. “That’s what drove me down the path of sustainability. Wondering where [my clothes] are from. Who made them? What impacts are they having?” Muse founded Dirt, a charity that consults with fashion brands on sustainable farming practices. 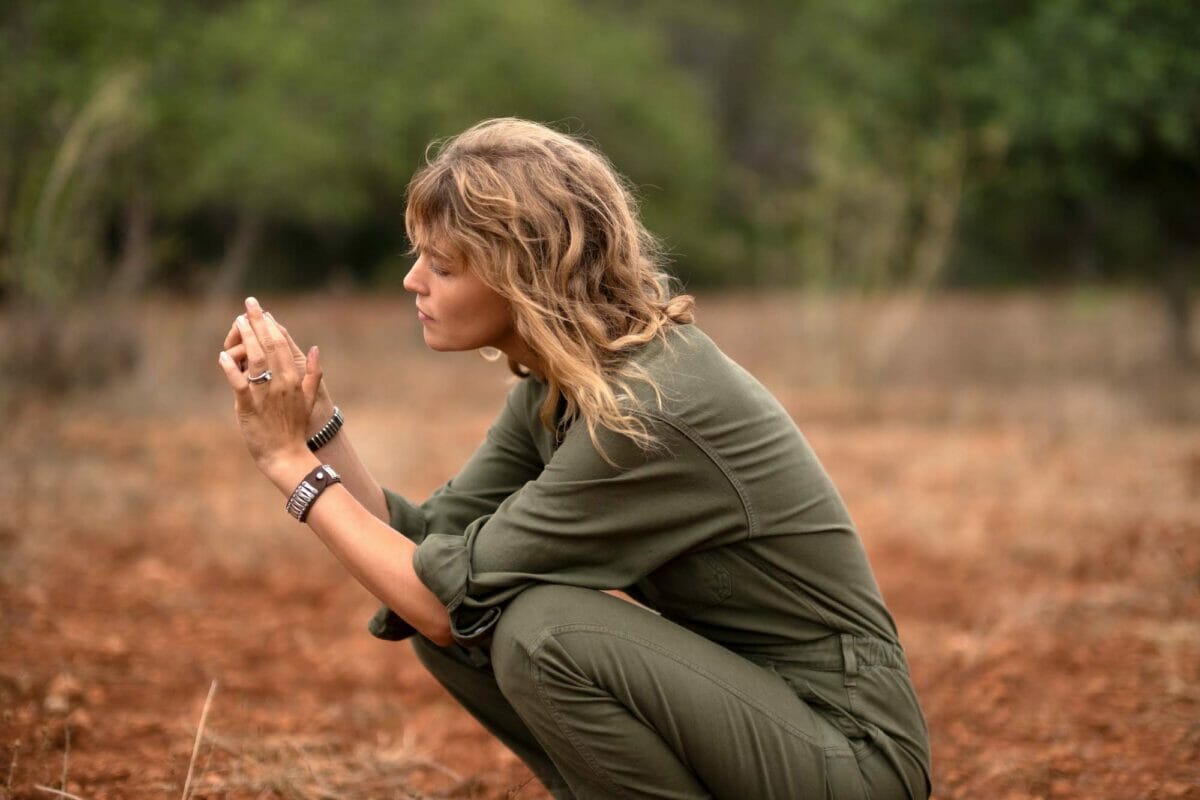 Arizona Muse is advocating for regenerative agriculture in fashion. Photo by Teodora Berglund.

After learning more about the processing that most clothing undergoes, Muse now advocates for more closed-loop systems within the production cycle. “I personally think we need to move to regeneratively grown natural fibers, with dyes that are made of non-toxic chemicals, that are kept in a closed loop as long as possible and then filtered out until all the water that is returned to any natural water cycle is clean and pure, not just because it’s been shocked with chlorine but clean and pure and revitalized.”

Muse also advocates for rethinking how much we’re willing to pay for our clothing. After that cotton dress has traveled around the world, we still expect to get it on sale. “We expect farmers to make everything we need, to grow everything we need. And we also expect to pay a price that is unfair [to] the farmers. They cannot produce these things in a climate-resilient way while the cost expectations remain so low,” says Muse. “I like to think that sustainably grown produce is actually the appropriate price. It is more expensive than conventional produce, but that’s dipped down below what the suitable cost and price for food actually is.”

The conversation about regenerative farming of food crops started with farmers and has made its way to the general public. Now, that could—and many argue should—happen on a larger scale with discussions about our clothing. Some shoppers might decide to pay more for an organic apple or they might support a local farmer directly and buy apples at the farmers’ market. Those options can become more widely available when it comes to clothing, but to shift the industry, it will take a concerted effort from farmers, consumers and brands. Until then, that simple cotton dress represents something much more complicated than it might seem.

We have been working with over 700 farmers in India to have them certified for ROC (Regenerative Organic). This year, we successfully achieved ROC certification for these farmers, spread across 3500 acres, in India making it one of the largest (if not the largest) regenerative organic cotton project in the world. It is possible to do and we work with factories in India that are fair trade certified to have our products made — that means the cotton goes a short distance from the farm to the factory, not halfway around the world. The whole supply chain is traceable.

It’s odd that popular imaging introduces us to Arizona Muse, squatting, staring intently at her fingernails. Oh, the drama of it all these days. She must be musing..?