These Tiny Crustaceans Are the Bees of the Sea - Modern Farmer
Animals, Plants, Water

These Tiny Crustaceans Are the Bees of the Sea

Researchers make a first-of-its-kind discovery about how underwater plants get pollinated. 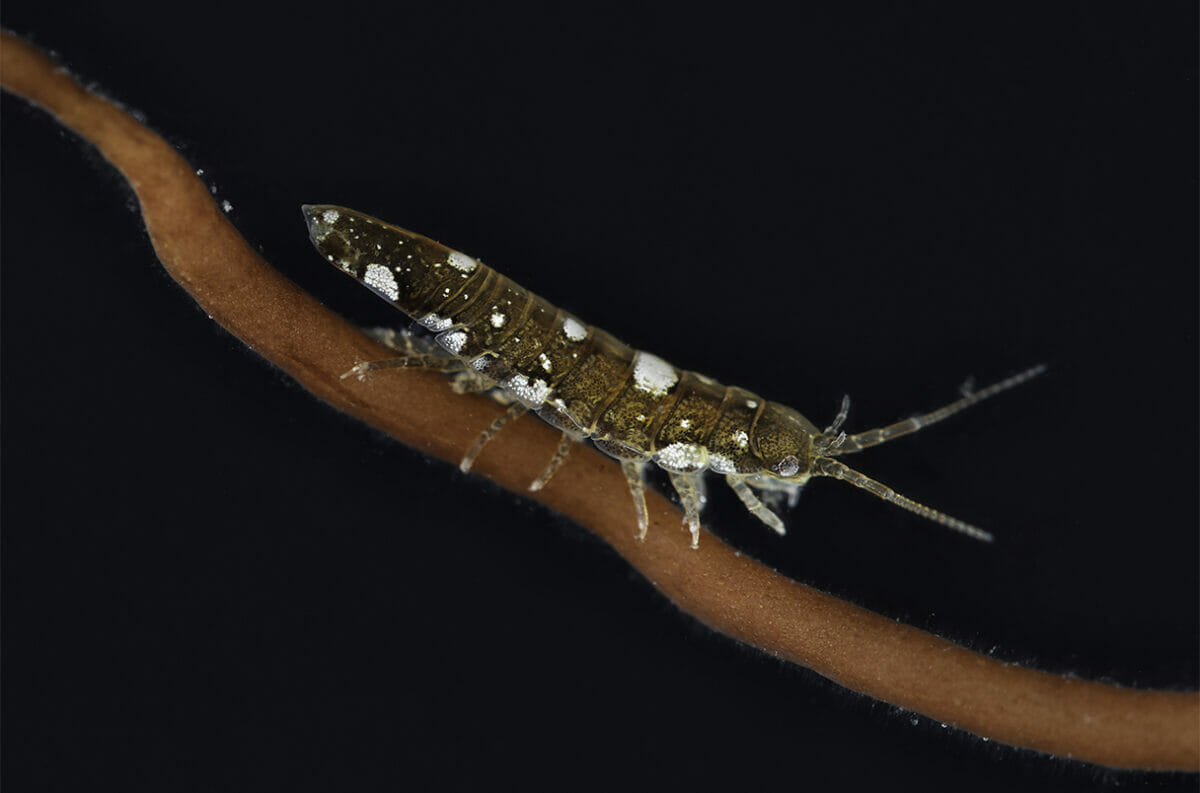 In search of answers on how underwater plants are pollinated, scientists have recently discovered the bees of the sea.

For centuries, scientists believed that pollination of seagrasses like dioecious red alga, or Gracilaria gracilis, was more coincidental than purposeful. For example, relying on the tides to drift along male gametes, or spermatia—which need to somehow navigate their way to female plants in order to reproduce—leaving only a small chance of them landing perfectly on female plants to reproduce. But a new study, published in Science, illustrates the process of underwater animal-driven pollination for the first time.

As the new research shows, tiny crustaceans called Idotea balthica are actually responsible for carrying the spermatia successfully to female algae. The idotea balthica are bug-like creatures called isopods with oval bodies that can grow to be just over an inch long.

Similarly to the same process on land, the undersea isopods encounter male seagrass stalks while using the plant as shelter and snacking on smaller algae that grow on the stalk, then end up coated in the sticky spermatia. The crustaceans then carry the mucus-like substance from stalk to stalk, effectively fertilizing the female plants as they go.

Myriam Valero, an ecologist at the French National Center for Scientific Research, led the new study. Her work presents the first concrete conclusion that an underwater version of pollination occurs in algae.

To study what was happening under the waves, the team put red seagrass—both male and female stalks—in a tank that mimics the motion of the ocean at low tide. This is when the plants’ reproduction process is the most prominent. The researchers added isopods to some of the tanks, but not others. They then took samples of the seaweed to count the number of fertilized cells. In the tanks that contained the crustaceans, the study showed a success rate 20 times higher in fertilization.

The new findings are changing the way science views the past. According to Scientific American, scientists previously thought animal-driven pollination originated sometime during the Mesezoic era, around 140 million years ago. But with this new information, the origin date of pollination may be pushed back closer to 550 million years ago.

“You may have this unbroken chain of interactions between animals and the precursors to plants that goes back more than 500 million years,” ecologist Jeff Ollerton told Scientific American. “In that sense, it reframes how we think about pollination.”

Popular
7 Smokable Plants You Can Grow That Aren’t MarijuanaBrian Barth
New Solar Panels Allow Farmers to See the LightNaoki Nitta
6 Differences Between Llamas and AlpacasAndrew Amelinckx
The Cold Swim HomeMarcie Callewaert
Goat Sex: Everything You Wanted to Know But Were Afraid to AskAndrew Amelinckx
Explore Modern Farmer
Related
Features, Personal Essay, Water
The Cold Swim HomeMarcie Callewaert
Environment, Labor, Water
California Farms and Farmworkers Attempt to Recover From Record FloodsNaoki Nitta
Aquaculture, Technology
Can Interactive Mapping Tools Guide Shellfish Restoration?Bridget Shirvell
MTMF, Plants
This Modern Farmer Wants You to Grow a New Potato StrainBevin Cohen
wpDiscuz
We use cookies on our website to give you the most relevant experience by remembering your preferences and repeat visits. By clicking “Accept”, you consent to the use of ALL the cookies.
Cookie settings ACCEPT
Privacy & Cookies Policy