Lawmakers are considering using part of the state’s $100-billion budget surplus to buy water rights back from farmers, putting money in their pockets while keeping water in rivers for endangered fish. 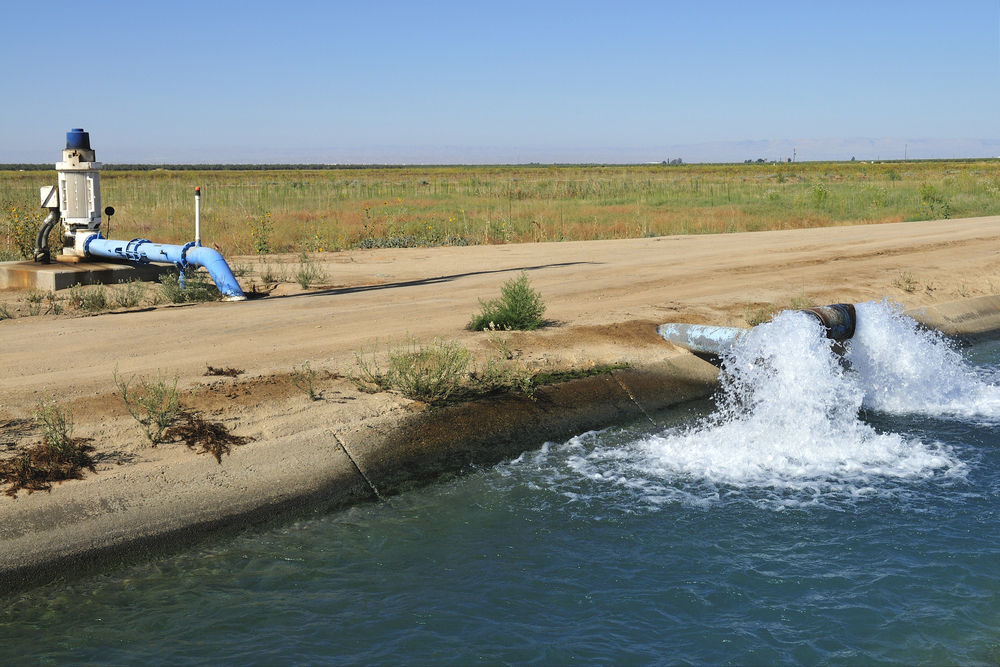 In an ongoing struggle over water supply in California, a state that is grappling with another incoming summer of crippling drought, officials have proposed buying back water rights held by local farmers.

In California, all water is technically the property of the state government. But thanks to a set of regulations, some farmers have “senior water rights” that allow them to take as much water as they need to keep their crops growing in abundance. The new proposal, introduced as part of budget negotiations between Governor Gavin Newsom’s administration and lawmakers, would use $1.5 million in taxpayer dollars to buy some of those rights back from farmers to keep the water in waterways.

According to the US Drought Monitor, 98 percent of California is in a state of severe or worse level of drought, resulting in low river levels and bad news for endangered salmon and other fish species in the region.

Proponents of the idea say that it could help mitigate decades-long arguments that arise every year between environmental groups and farmers. In theory, buying the water rights would allow officials to keep more water in the rivers, which would benefit endangered fish species and the overall health of the ecosystems that rely on the rivers, while still aiding farmers by padding their pockets.

RELATED: The Past, Present and Future of the West’s Water Woes

The money would come from the state’s record-high $100-billion budget surplus. But the $1.5-billion plan wouldn’t go as far as it may seem. John McManus, executive director of Golden State Salmon, told CBS Sacramento that the amount of water wouldn’t be enough to negatively impact the agricultural industry, but it could help fish species in dire need of more water.

“This is no threat to irrigated agriculture in California. It’s not going anywhere. The $1.5 billion may sound like a lot of money, but it’s not a lot in the grand scheme of things,” he said. “We’re talking about the possibility of providing a small amount of additional water to keep species currently on life support from going extinct and, hopefully, to rebuild the population.”

With the budget, the government could purchase only 200,000 acre-feet—defined as enough water to cover one acre with one foot of water—of the 35 million acre-feet farmers use annually, according to Capital Press. Each acre-foot of water would cost them an average of $7,500; that is, if farmers are willing to sell—an aspect of the proposal that has sparked controversy.

On one hand, notes Tom Birmingham, general manager of Westlands Water District, it’s not all that uncommon for farmers to sell their water rights back to the district.

People cannot eat money. Give the farmers the water so they may grow food, and eat the fish. This idiocy needs to end.

Popular
7 Smokable Plants You Can Grow That Aren’t MarijuanaBrian Barth
New Solar Panels Allow Farmers to See the LightNaoki Nitta
6 Differences Between Llamas and AlpacasAndrew Amelinckx
The Cold Swim HomeMarcie Callewaert
Goat Sex: Everything You Wanted to Know But Were Afraid to AskAndrew Amelinckx
Explore Modern Farmer
Related
Features, Personal Essay, Water
The Cold Swim HomeMarcie Callewaert
Environment, Labor, Water
California Farms and Farmworkers Attempt to Recover From Record FloodsNaoki Nitta
Aquaculture, Technology
Can Interactive Mapping Tools Guide Shellfish Restoration?Bridget Shirvell
Animals, Health, news, Technology
First Vaccine for Honey Bees Approved by USDAEmily Baron Cadloff
wpDiscuz
We use cookies on our website to give you the most relevant experience by remembering your preferences and repeat visits. By clicking “Accept”, you consent to the use of ALL the cookies.
Cookie settings ACCEPT
Privacy & Cookies Policy