The number of positions filled by H-2A temporary workers has continued to increase year over year. 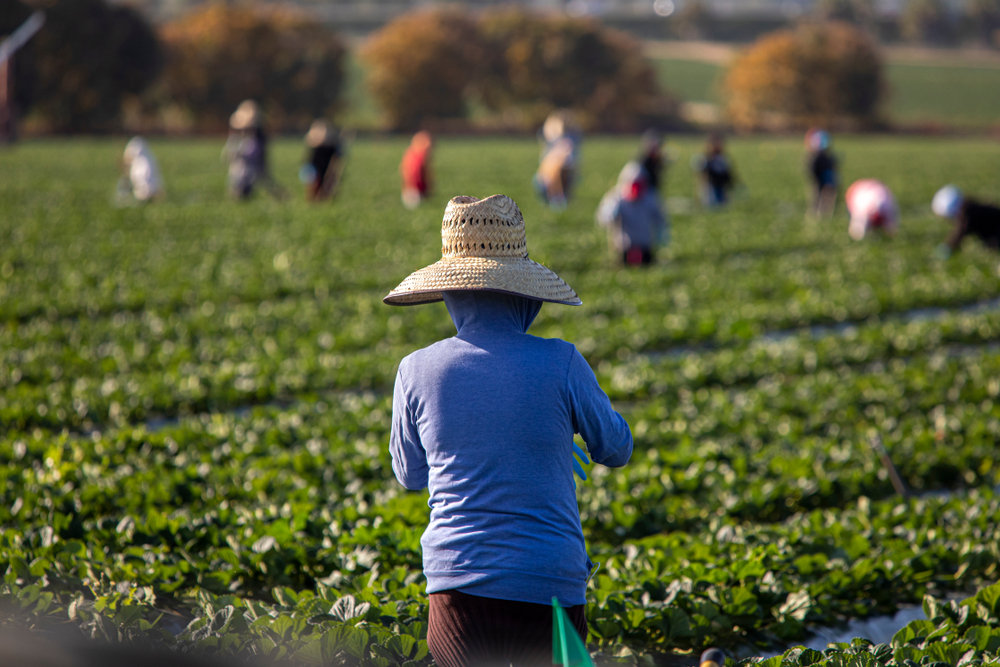 American farmers in need of help are relying more heavily on H-2A workers than ever before.

According to the US Department of Labor Statistics, the number of positions filled via the H-2A temporary agricultural workers program increased by 16.5 percent in the first two quarters of this fiscal year in comparison to 2021—accounting for 193,273 jobs certified by the department’s Office of Foreign Labor Certification.

The H-2A program allows guest workers from foreign countries temporary status for 10 months or less in order to fill agricultural positions, as long as the employer meets specific requirements, including that they were unable to find an “able, willing, qualified, and available” worker in the U.S. to fill the position, according to the program’s guidelines.

This year’s increase comes off the heels of a 21-percent increase in the number of foreign workers who filled agricultural positions through the program from 2020 to 2021, The Packer reports.

Michael Marsh, president and CEO of the National Council of Agricultural Employers (NCAE), said the increase is due at least partially to American labor issues and the shortage of domestic workers available to fill the positions. “Although employers advertise and recruit heavily to attract U.S. workers into these positions, the dwindling number of domestic applicants for these temporary positions has led to explosive growth in the number of temporary foreign workers needed to plant, nurture and harvest food for our nation,” he told Michigan Farm News.

A 2021 ruling to modernize the H-2A program may also have played a part in the uptick in applications, which have already increased 17.5 percent over 2021. In a press release, John Pallasch, assistant secretary for employment and training for the Department of Labor, said the 2021 decision would “streamline and simplify the H-2A application process, strengthen protections for U.S. and foreign workers and ease unnecessary burdens on employers,” by mandating electronic filing for the application process for the program among other streamlined protocols.

Despite the increase in demand for the temporary workers and the recent ruling, overall satisfaction with the parameters of the H-2A program isn’t exactly high. Nor is the workers’ treatment.

In fact, Farm Worker Justice calls the structure of the program “inherently flawed,” saying it  “leads to a system that is rife with abuse of both foreign and domestic workers.” H-2A workers are often compensated poorly despite adverse working conditions. The Economic Policy Institute reported that, in 2020, holders of H-2A visas made a national average of $13.68 per hour. In states such as Florida and Georgia, where a quarter of all H-2A jobs are located, the pay was even lower, averaging $11.71 per hour.

The program also leaves more to be desired on the employers’ end. According to a 2014 study by the American Farm Bureau Federation, workers employed through the program often arrive past the point when they are needed—an average of 22 days after the “date of need,” the study found.

Laura Herrygers, a marketing specialist and account manager at the Great Lakes Ag Labor Services, told Michigan Farm News that employers that utilize the program would like to change the strict guidelines of the temporary visas, allowing for earlier start dates for the employees. “Many of our clients are targeting early-spring arrival of H-2A guest workers for employment throughout the full growing and harvest season, rather than petitioning for H-2A workers to help with just the harvest period,” said Herrygers.