For Mexican Farmworkers, H2A Jobs Come with a Social Cost

A proposed bill could ease their plight. 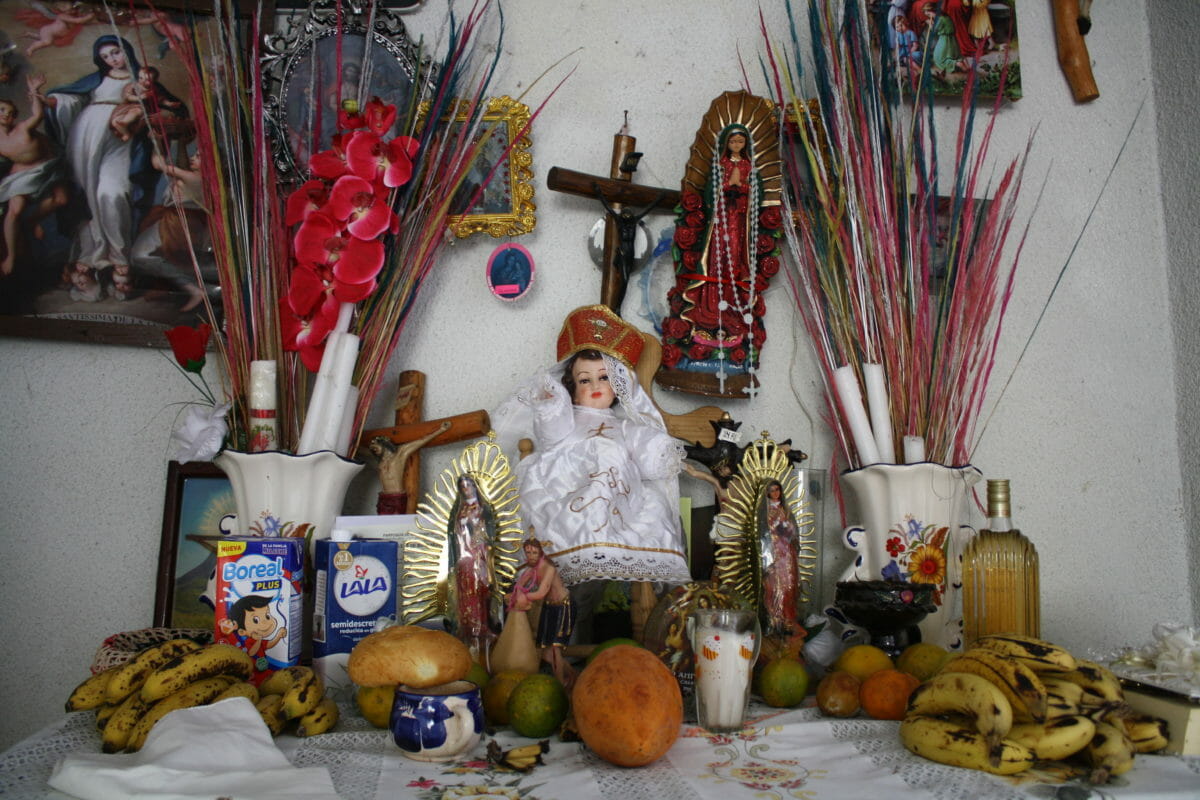 Gael gets a little nervous when asked if he could discuss his seven years as an H2A guest worker on a Tennessee tobacco farm. The 27-year-old sat on a wooden chair outside his home on Isla Tecuena. It was the morning after his cousin’s wedding celebration and most of the small island’s population was asleep or cleaning up. A few were still drinking Centenario and Squirt in plastic cups. Flanked by his wife Lupe, his four-year-old son Miguel Angel, a friend named Osmar, and a speaker playing reggaeton hits of 2019, Gael was clearly enjoying vacation mode.

Like the majority of the young men in his community, Gael only spends a few winter months at home. As an H2A worker, he resides in the US for eight months a year to support himself and his relatives. He asked that Modern Farmer not disclose his last name for fear that speaking out would affect his employment. Isla Tecuena, where he was raised and now lives, is one of four islands in Lake Patzcuaro that are occupied by indigenous Purepecha people. The Mexican state of Michoacan, where the lake is located, has consistently been a top sending state for the US H2A program since at least 2012.

For many young men employed by the H2A program, the coming and going routine is a challenge. The incomes they make provide for their needs, but their absences create other problems. Gael and his wife, Lupe, agree that their son relates to them each differently. “He doesn’t obey her, and he obeys me, but only because he’s afraid of me,” says Gael.

Other farmworkers from the island say that single men tended to stay in the US longer. Men with families and commitments said that if they were single they would stay as long as they possibly could. Many had been away working during the births of their children. One began to hear his friends at home accuse his partner of cheating on him and spending the money he sent her as soon as she received it. This proved difficult to clear up from a distance and the worker now sends his money home to his mother instead. 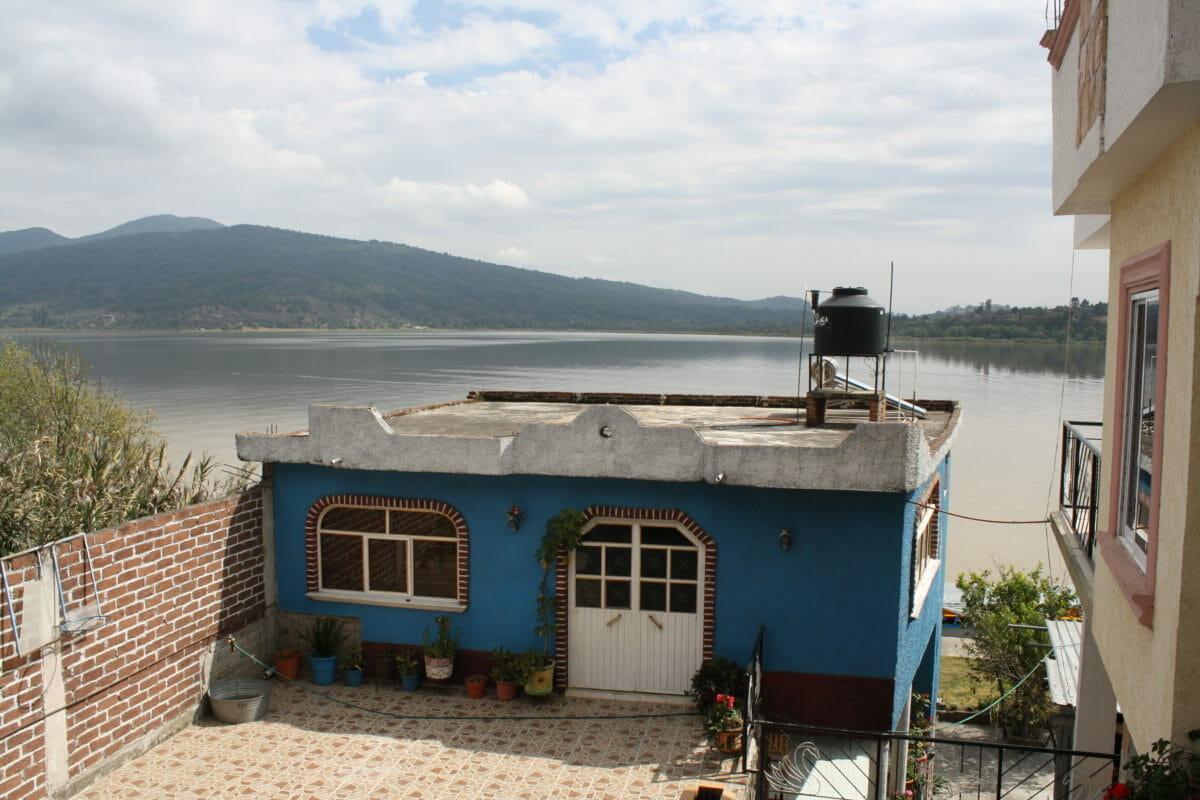 A home looking out on Lake Patzcuaro. Photo by Sierra Dickey

Gael’s lake-dwelling community in particular has a long history of participation in H2A. When asked why so many Michoacanos like him use H2A, Gael said “it’s always been easy.” H2A recruiting companies such as Labormex LLC operate in the nearby state of Jalisco, and there’s a strip of offices advertising “visa assistance” and “secure work in the USA” outside the historical town center of Patzcuaro, the hub for the region.

Being accustomed to the rhythms of H2A employment may also account for high rates of participation. Gael’s father, uncles and male cousins all had H2A experience before he started. When he was 18, he realized “I didn’t want to study,” so H2A work was the other option. Now, Gael says, “I wish I could change and study,” in part to get higher-paid jobs and to spend more time with his growing son. On return trips home, he had begun to see how hard it was to “form a relationship in four months.”

In today’s inflamed immigration debate, the words “legal” and “illegal” are used indiscriminately to describe undocumented people and their work. In this light, H2A visas remain a reliable way in which large numbers of immigrants can work “legally” in the United States. And yet, participation requires significant sacrifices at home.

These trade-offs that workers like Gael make might be eased by proposed changes to the H2A program under the Farm Workforce Modernization Act, which passed Congress in December 2019. The legislation, which Modern Farmer previously covered here, seeks to extend H2A laborers’ right to work and would authorize undocumented farmworkers who have been engaged in agriculture for at least two years prior. H2A workers like Gael are currently limited to three years of consecutive work and cannot bring family to the US. The new bill, if passed, would expand this timeline to five years, allow worker families with small children and open a path to obtaining legal status in the form of a green card.


Sierra Dickey is a writer and ESOL teacher working with undocumented immigrants in Vermont and Western Massachusetts. Follow her on Twitter @dierrasickey.

ROBOTS ARE THE FUTURE OF FARMING!
WHY ARE FARMERS BRINGING IN LOW WAGE WORKERS, DESTROYING COMMUNITIES IN MEXICO AND USA?
WAKE UP FARMERS, OPEN YOUR MIND TO SOLVING WHAT IS A REAL PROBLEM IN AMERICA
BAN THE PRACTICE OF AMERICAN CITIZENS SUBSIDING FARMS WITH GOV BENEFITS FOR THEIR EMPLOYEES
LETTUCE IS NOT CHEAP WHEN ALL COST INCLUDED

Just another step in the process of open doors to allow more immigration. Fact is we have too many undocumented living off the fat of the land. Im not feeling sorry for people who make the choice to work as they do. USA is not the worlds savior. Stop Enabling residents of foreign countries. Bleeding hearts always pushing for another loop hole.
If you feed them they will come!