US Supreme Court Will Hear Challenge to California’s Proposition 12

The law requires pork sold in the state of California to not be raised using sow gestation crates. Certain groups wish to nullify it. 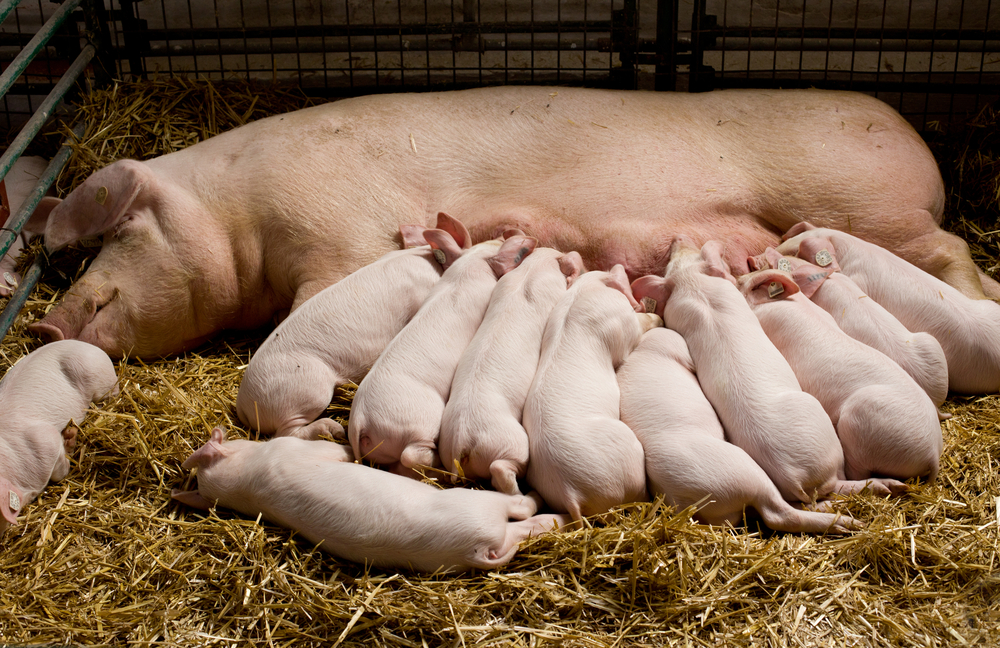 The state of California is putting its proverbial foot down when it comes to allowing the sale of pork within the state’s borders that doesn’t meet new production standards—regardless of where the hogs are raised.

Now, the US Supreme Court has agreed to take on the ongoing debate over the constitutionality of the state’s new standard, it announced on Monday.

Known as Proposition 12, the law tackles the issue of what the law calls “cruel confinement” of pigs raised for pork production. The law requires hog farmers to provide at least 24 square feet or a 6-foot-by-4-foot area for each of their sows—a far cry from the 7-foot-by-2-foot “gestation crates” in which pigs are often bred—according to Iowa Capital Dispatch. Prop 12 makes it illegal to sell pork within the state of California that was not raised following these standards.

The California law, voted on by ballot in 2018, applies to all pork sold within state lines, regardless of where it was raised. It first started to take effect in 2020 and was supposed to take full effect this year, but enforcement has continually been delayed.

In response, the National Pork Producers Council and the American Farm Bureau Federation (AFBF) filed a lawsuit, hoping to nullify California’s new pork rule. In an official statement, the AFBF said it is “pleased with the Supreme Court’s decision to consider the constitutionality of California’s law imposing arbitrary requirements on farmers well outside its borders. We share California’s goal of ensuring animals are well cared for, but Prop 12 fails to advance that goal…One state’s misguided law should not dictate farming practices for an entire nation.”

The groups challenging the law argue that barely any pigs raised for pork are allowed that much space, and to require out-of-California pork producers to practice special procedures just for pork with a final destination of California would be unconstitutional, infeasible and expensive.

According to NBC News, an estimate from North Carolina State University found that adhering to California’s new standard would cost 15 percent more per animal on farms with 1,000 breeding pigs.

With California reigning as the nation’s largest market for pork, critics of the law say it could leave pork in the state in short supply if producers can’t meet the standards.

On the other hand, supporters of the law, such as the Humane Society, praise the law for its intent to end “cruel and unsanitary conditions that threaten the health of California consumers.” And lawyers for Proposition 12 hold that the law only regulates in-state sales, so pork producers can breed their pork in whatever way they prefer and sell it elsewhere.

The state also noted that some large producers, including Tyson Foods and Hormel, have already vowed publicly to honor California’s new standard.

Prop 12 needs to be done away with. Food here is already very expensive, try $8/pound for bacon.

I support human treatment of animals and if it gets too expensive for me I would eat it less often or get creative to stretch the wonderful flavor. Neuskes bacon is now $10 on sale here in Minneapolis. I only buy on sale.

There are ways to raise pork that are more healthy and humane. If people in CA don’t want to support cruel and usual practices, they have voted. There are producers you can buy from that raise pigs using sustainable and responsible methods. Why is it so important to raise pigs in the worst ways? I think there will be a savings in transportation costs as well as helping to break up the monopoly that the packing houses have held for so long. More pig farms using best practices can be processed in centrally located packing houses within the state. There… Read more »

Popular
Yes, the Government Really Does Stash Billions of Pounds of Cheese in...Emily Baron Cadloff
7 Smokable Plants You Can Grow That Aren’t MarijuanaBrian Barth
How to (Actually) Get Rid of Fruit FliesEmily Baron Cadloff
6 Differences Between Llamas and AlpacasAndrew Amelinckx
What to Do With an Abundance of PeppersShelby Vittek
Explore Modern Farmer
Related
Animals
Cattle Ranchers On High Alert After Longhorned Tick Found in MissouriShea Swenson
Environment
Up and Down the East Coast, Farmers Work to Rebuild After HurricanesEmily Baron Cadloff
Food & Drink
Food Inflation Is Eating Up Grocery BudgetsShea Swenson
Animals, MTMF
Paddleboarding Goats Make a Splash on Prince Edward IslandNoah Lederman
wpDiscuz
We use cookies on our website to give you the most relevant experience by remembering your preferences and repeat visits. By clicking “Accept”, you consent to the use of ALL the cookies.
Cookie settings ACCEPT
Privacy & Cookies Policy