Joro spiders may be a foe to arachnophobes, but they’re a friend to farmers dealing with stink bug infestations. 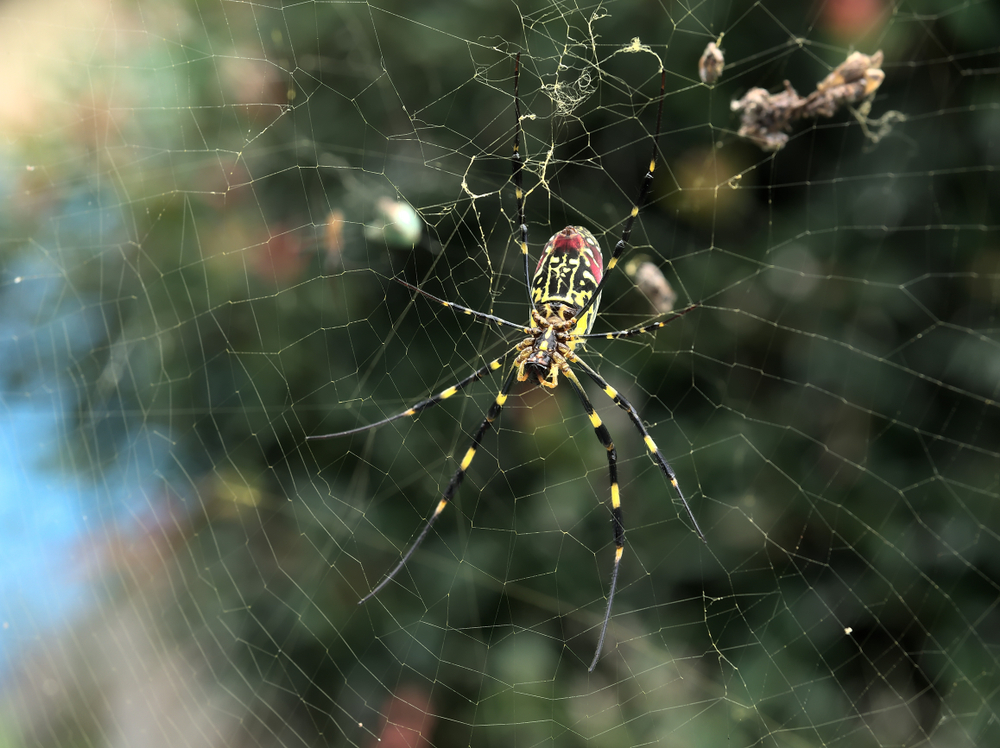 Joro spiders, a species native to Asia, are expected to invade the East Coast come May, according to recent research from the University of Georgia.

The spiders, which first crept their way into the country in 2013, previously stayed mostly within the southwest region of the US. But new research suggests their population will spread significantly this year. Millions of them.

While the big, brightly colored spiders may be terrifying to arachnophobes, they are actually harmless to both animals and humans, and they don’t seem to have any negative impact on food webs and ecosystems.

In fact, these spiders are considered a plus for the agriculture industry. Joro spiders are one of the very few natural predators of stink bugs—notorious for attacking major crops such as cotton, field corn and soybeans—making them more friend than foe to American farms.

[RELATED: How to Attract Beneficial Bugs]

Joro females aren’t easy to miss, colored with a flashy mix of bright yellow, blue, red and black, and measuring in at about the size of a child’s hand. The male spiders are hardly worth a mention, comparatively, with an average size of around one-third of an inch and a plain brown complexion.

According to Science News, even the spiders’ title leaves the men out of it. The Japanese word jorō translates to terms like “courtesan,” “lady-in-waiting” and “entangling or binding bride,” which makes perfect sense considering the female spiders are known for violent mating patterns and for often cannibalizing the males.

A recent joro spider study, published in the Royal Entomological Society’s journal Physiological Entomology, compares the spiders to their relatives, golden silk spiders, which have been unable to spread across the country due to their susceptibility to cold weather.

Unlike gold silk spiders, joro spiders can survive a cold climate thanks to a 77-percent higher heart rate and a metabolism double the rate of their cousins. This allows them to tolerate brief freezes, meaning the spiders can easily spread outside of the southeast.

According to researchers, there isn’t anything to be done to stop the critters from crawling their way east, and it’s best to just let it happen. As University of Georgia entomology professor Nancy Hinkle told WGXA News: “We should just embrace them, enjoy them and be delighted to have something that is so beautiful providing us with free pest control.”

Uh yes, haven’t we learned from the Cane Toad incident?