Your kitchen-grown sprouts are just as nutritious as commercially grown ones. 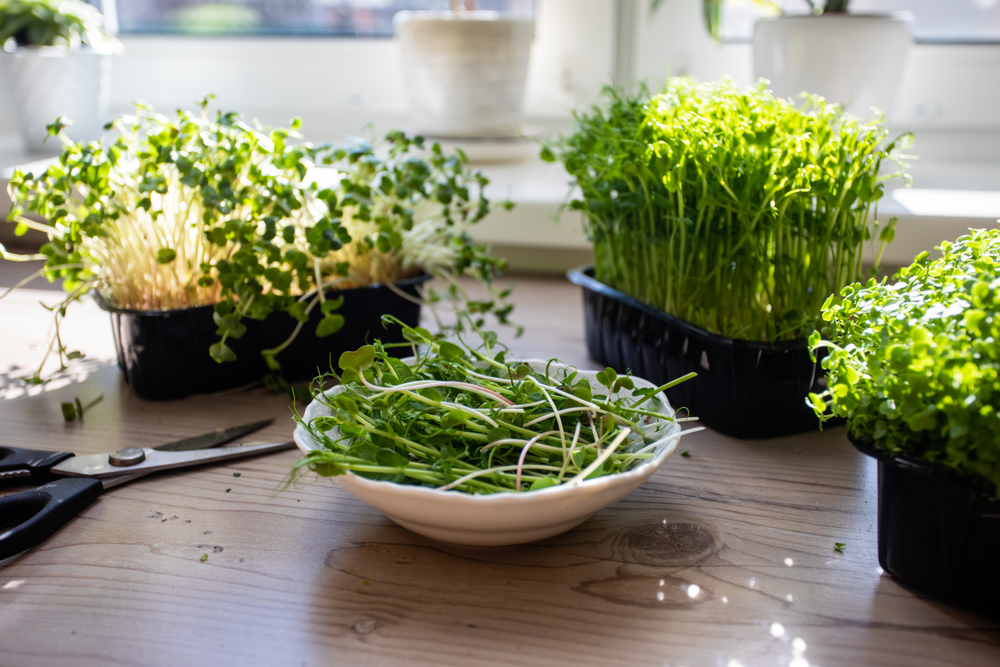 New, old and aspiring indoor gardeners have another reason to expand or start up a microgreen operation from home. A recent study has validated the benefits of these plants, finding that greens grown on a windowsill stack up to those produced in a commercial facility.

The research, conducted by the American Chemical Society, looked at how the vitamin and nutrient content of broccoli and kale microgreens kept on a sunlit windowsill for 12 hours each day compared to those grown in a commercial growth chamber. After 10 days of monitoring the samples, scientists found that, despite some nutrients varying between the two environments, both yields were rich in polyphenols and glucosinolates compounds. Polyphenols and glucosinolates have been linked to reducing and blocking inflammation. They’ve also been documented in helping provide protection from stress, heart disease, heart attacks, colorectal cancer, prostate cancer and breast cancer.

Observed differences included three flavanol compounds that were higher in windowsill-grown greens. These compounds contribute to the plant’s dark color and bitter taste. The chamber-grown plants had higher levels of two glucosinolates, which are antioxidant and cancer-blocking compounds.

Prior studies have shown full-grown brassica vegetables, such as  broccoli and kale, are full of nutritional compounds, but environmental conditions impact their contents. This study aimed to answer these questions for their microgreen counterparts, as little has been studied on them before.

Microgreens, in general, have garnered popularity as a superfood and chefs have embraced them as nutritious garnishes and unexpected pops of flavor and texture. These plants, which are vegetables and herbs harvested seven to 14 days after the seedlings poke up from the soil surface, also took off as an easy home-gardening project over the last two years.

Scientists can now say that the environment for both kale and broccoli microgreens does affect the abundance of individual phytonutrients, which could influence their flavor and potential health benefits. That said, you can still count on your window-grown sprouts packing a nutritional punch.

Great article I love it as a community project